If you have been on the lookout for some fun ways to kill a few hours during these tough times, you’re absolutely in the right place! Read on to discover some of the best cricket games for Android devices in 2020 that will bring you all the fun you need!

Cricket happens to be easily the most popular game in regions like India and Australia. Both these countries have millions of fans who love watching their favorite sportspersons or team play. However, it also happens to be a sport that people love playing on their own. During these times of the pandemic, going outdoors to play isn’t the best idea. This is where your smartphone comes into action!

There are tens of hundreds of cricket games for Android that you can download for free on the Google Play Store. Many of these games have a different approach to their gameplay and physics but they all bring the player joy. We’ve taken the liberty to list some of the best cricket games for Android devices that you can download in 2020! With that being said, sit back, relax, and enjoy the read! 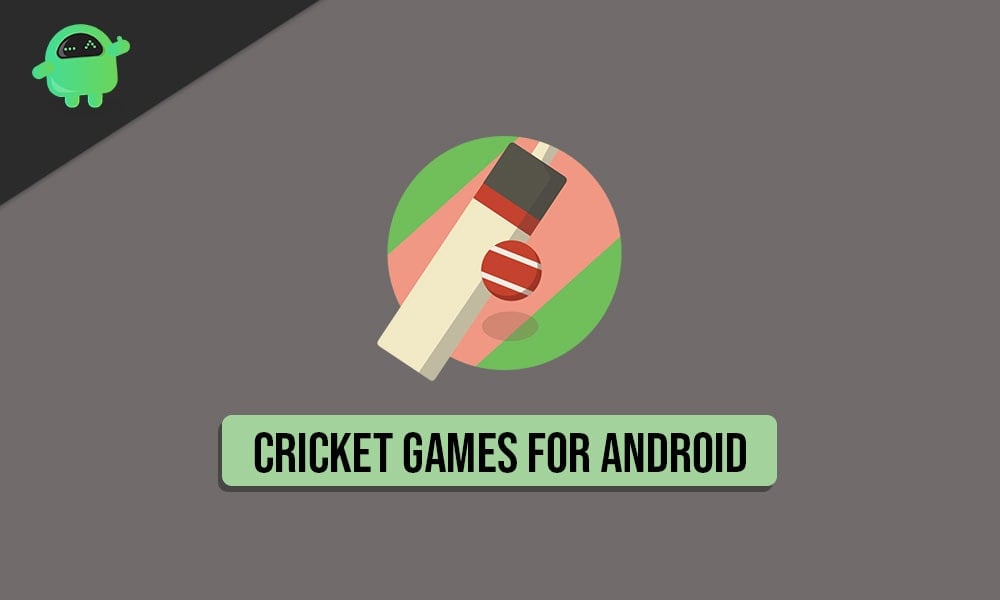 Kicking off the list, we have one of the most popular cricket games for Android phones that is available for free to download. Real Cricket 20 is yet another incremental update in its series of games that people have always known and loved. You get to create and customize the players in your own team and can even select where you want to bowl. There is a lot of strategies involved within the game which keeps the user intrigued till the end.

There are various different categories in which batsmen are divided into such as Radical, Brute, Defensive, and Balanced. Your objective is to make the best team you can with the select pool of players and win every game that you play! There are other features within the game such as a cinematic pro camera that captures your shots beautifully and the game even supports voice-overs in various languages such as English and Hindi.

Up next on our list is World Cricket Championship 2 which is one of the most graphically intensive cricket games for Android that you can play in 2020. It features the entire experience of participating in tournaments around the world. You get to take part in over 11 tournaments shuffling between 18 international and 10 domestic teams. The amount of stadiums that this game offers is staggering and every game you play is unique in its own way.

Like most other premium cricket games for Android, World Cricket Championship 2 has over 40 different camera angles with ultra slow-motion action replays to view some of your craziest shots. There are voice-overs in both English and Hindi which is great news for people living in India who love cricket. There are a plethora of other features that this game has to offer and it would take us hours at a stretch to mention them all. We highly recommend your try this one out!

If you have been looking for something a little less graphically intensive to ensure it runs on your older Android device then this is it. Stick Cricket Super League is a minimal 3D cricket game where you can build and manage your own T20 cricket team. You can even customize the way your characters look in terms of their features and hairstyles. Once you have your dream team ready, you’re fit to participate in matches and tournaments!

You can choose players from over 70 different teams to part-take in your matches. In the tournament, you are placed against T20 and IPL teams from various other cities and your goal is to place number one. As stated previously, the character customization for each player that you can do is what makes this game very unique in this space of cricket games for Android. With that said, the actual gameplay is just as fun and exciting.

Smash Cricket is yet another great way to enjoy the cricket experience on your smartphone. It has beautiful 3D graphics and has one of the best gameplay mechanisms by a long shot. You can participate in World Cups and represent your country of choice to work hard to defeat other teams from other countries including India, Pakistan, Australia, and England.

You get to create your dream team with over 40 different real cricket batsmen and ballers. This is where the entire strategic part of the gameplay comes into play. There are 6 different game modes you can choose from including  Limit Overs, Challenge, Chase Down, Friendly, and more. There is also an online mode where you can compete with other players in real-time. Overall, Smash Cricket is a very enjoyable cricket game that you can play for free on your Android phone.

Ending our list of some of the best cricket games for Android devices to play in 2020, we have Doodle Cricket. This game is a slightly different mention in this list thanks to its incredibly simple gameplay and objectives. All you need to do is the time your batting properly and try to hit your best shots. The cartoonish graphics of this game are best suitable for children. What makes this game even more viable is its extremely small download size of 1.6 MB. Overall, if you have simply been looking for a casual cricket-based game to play this will suffice your needs perfectly.