Have you been wanting to kill some of your leisure time during this season of quarantine? Well if that’s the case, you’re absolutely in the correct place! Read on to discover some of the best fighting games for Android in 2020 that will keep you hooked on for hours and hours together at a stretch!

Android has become one of the best mobile operating systems for all sorts of developers to showcase their games and apps. The Google Play Store is home to millions of great and useful apps. One of the key aspects of owning an Android device is the insanely huge library of games that one gains access to. It has all sorts of games in all sorts of different genres. Fighting is one such category where games have always bloomed and have seen the most downloads.

Fighting games bring a spirit of competitiveness to the players and keep you hooked on for days at a stretch. The difficult levels and challenging objectives add extra spice to the game. There are various kinds of fighting games that have seen the day of light in Android smartphones but we won’t be talking about the more popular shooter games such as PUBG Mobile or COD Mobile in this list to keep it fresh and entertaining. Instead, we will be looking at some of the most exciting and unique fighting games. With that being said, sit back, relax and enjoy our read of some of the best fighting games for Android to try out in 2020! 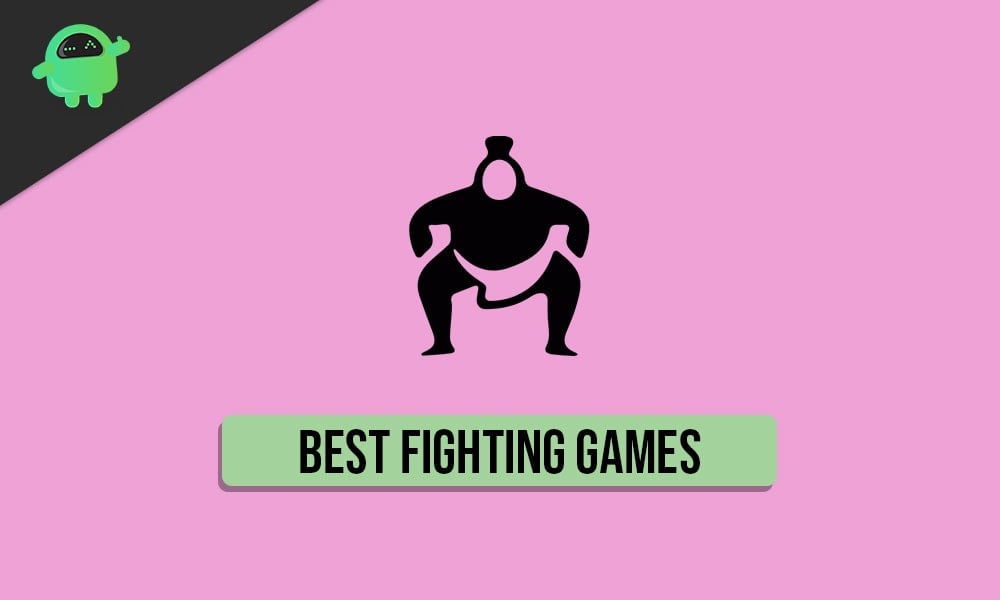 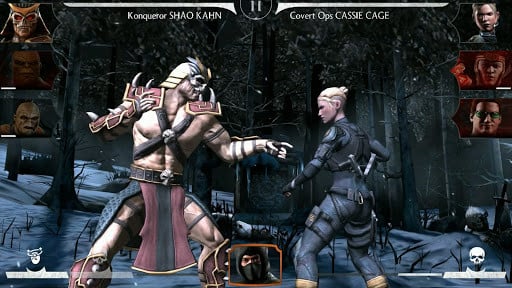 What is a list of fighting games without Mortal Kombat? The series of games has been popular ever since its inception in the early 1990s. Since then, Mortal Kombat has seen various generational updates and has finally made its way to smartphones as well. While you don’t get half as many controls and combos like the PC or console versions offer, the graphics are still very impressive (and gory). The game is based on touch and swipe controls, the latter giving you openings for combos. You can fill up your energy bars to perform the ultimate XRay attack and see your opponent shred down to pieces – literally.

The game is obviously not suitable for children thanks to its excessive use of blood and gore but it makes for a great choice for young adults and people who want the best graphics in a fighting game. You can collect cards to unlock the many characters present in the Mortal Kombat universe such as Sub Zero and Scorpion. The game also follows the concept of team-tag which means you can play with 3 different characters in a single match and switch between them occasionally to perform strategical attacks. Overall, you cannot go wrong with a game as high-end as Mortal Kombat. You can download the latest version of Mortal Kombat on your Android device by following the link to the Google Play Store page given below:

In case you really cannot stand the blood and gore in Mortal Kombat but really like the fighting mechanics and the ability to tag between players, why not give Injustice 2 a shot? It is developed by the same production house and is pretty much a 1:1 clone of the game as well. The only few things that differ are the characters and the user interface. Apart from that, you get the same tap and swipe controls and the same concept for using the ultimate attacks. Alongside Mortal Kombat, Injustice 2 is thus one of the best fighting games for Android to play in 2020!

You can still play to earn more coins and XP to further unlock more character cards and spend more XP to upgrade their skills too. The game detaches itself from the intense gore that is present in Mortal Kombat and instead gives a slightly more heroic feel to it since the characters are the superheroes and supervillains from the DC universe itself. Some notable characters include Batman, Superman, Nightwing, Wonder Woman, Deathstroke, Bane, and many more. You can download the latest version of Injustice 2 on your Android device by following the link to the Google Play Store page given below:

If you are interested in real sports more than some superhuman powers, Real Boxing 2 might intrigue you quite a lot. The game has realistic graphics and physics that makes it desirable for people who are interested in boxing to play. You can create your own boxer and fight your way to glory. Real Boxing 2 is an MMO game which means you will have to fight with other players and battle occasional bosses to level up, which makes it much harder than just fighting against some bots.

The fighting ring is also very realistic and you can learn all sorts of skills to perform master jabs, undercuts, hooks, and other punches. You can learn combos to knock down your opponent before they even get a chance to hit you back. There are a few game modes to switch between and that keeps the game entertaining. However, many users of the game have been complaining about intrusive ads in the recent few updates so that’s something you should be wary about. Apart from that, Real Boxing 2 offers a very good sport/fighting experience. You can download the latest version of Real Boxing 2 on your Android device by following the link to the Google Play Store page given below: 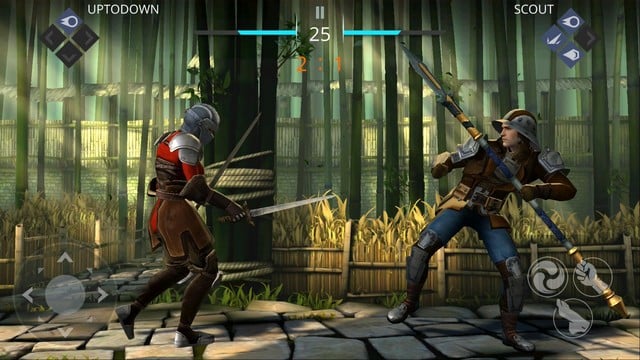 Up next on our list of some of the best fighting games for Android is Shadow Fight 3. This game is one of the best fighting games available for the mobile platform and this should come as no surprise since its prequel, Shadow Fight 2 was so massively successful. While the developers have dropped the satisfying 2D shadow-based graphics in the new game, the graphics are still high-end and very compelling. Shadow Fight 3 still keeps the great fighting physics from its prequel and that is honestly the best part about the game.

The fighting mechanics are butter smooth and they all depend on how much you charge your attacks and how you swing your weapon. The game does not feel mechanical at all and this is what makes Shadow Fight 3 one of the best gaming experiences out there. You can create your own hero and choose how they look and even choose which weapon you want to master. While some people were a bit disappointed at the developers for dithering from the “shadow” part about Shadow Fight, many have soon grown to love the new game as well. You can download the latest version of Shadow Fight 3 on your Android device by following the link to the Google Play Store page given below:

Brawlhalla is a game that is new to the mobile platform but has been around for a while for PC users. The game features a Super Smash Bros. like setting and arena. Your only objective in the game is to knock out all the other opponents in the arena. The way you do this is slightly different than other games. While the players have their individual health, it is not as obvious as the health bars in the other games. You can perform sets of light and heavy attacks and learn combos to send your opponents flying out of the stage. This experience makes it one of the best fighting games for Android out there.

There are various characters you can unlock and master and each one of them has two weapons of choice. These weapons are different in combos and deal with different amounts of damage which makes it quite challenging to pick the right hero. There are various stages to choose from and the sound design within the game is also top-notch. If you had already played Brawlhalla on your computer before then the mobile version should take no time to get used to. You can download the latest version of Brawlhalla on your Android device by following the link to the Google Play Store page given below:

That’s all folks! We hope you enjoyed our roundup of some of the best fighting games for Android in 2020! Which one among the list is your favorite, and how many of these fighting games have you already known or have been using? Know other good games that feature compelling fighting mechanics that you feel people might find interesting and fun? Do let us know in the comments section below, we’d be delighted to hear from you guys!