Have you been on the lookout for some really cool visual novel games recently? Well, if you indeed are, this is the best place for you to find them! Read on to discover some of the best games like Mystic Messenger that you can download and play for free in 2020!

In the recent few years, visual novel based games have skyrocketed, and it is mostly because many non-gamers have found the perfect ways to spend their time and also having fun while doing so. Mystic Messenger is a really popular game based on the same principles – a game heavily relying on its story and less on the gameplay itself. While some people like games that gives the user total access of the character, many still prefer choice-based games and visual novels are the best examples of these.

In case you’re not familiar with the game Mystic Messenger, you start off as a female character (thus the game is targetted towards female users), and embark on a weird journey meeting, attractive guys. There are a lot of reasons why people might not prefer such a niche game, the biggest one being the gender barrier. However, Mystic Messenger is just one such game in a series of great visual novel games that you can download and play for free. 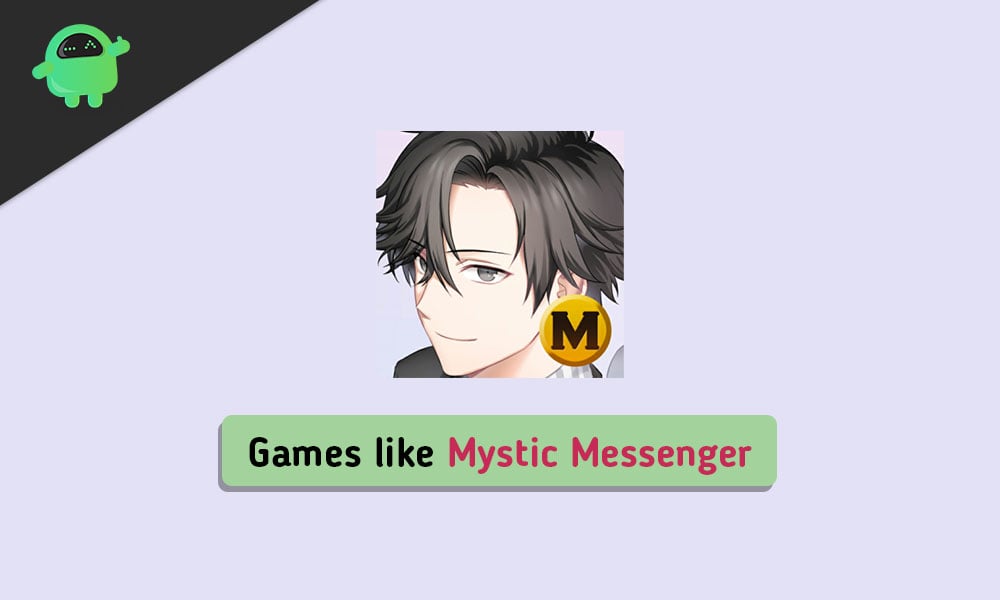 Most of these games are based on a hardcore storyline as we’ve mentioned previously, and the user has to make choices at every step which then progresses the game into different directions. A lot of these games also have a chatroom where you can interact with the other users and make friends. Visual novel games are a great way to spend time while also enjoying every bit of the story that comes with it. So if you aren’t really into shooter games like PUBG or COD Mobile, visual novel based games are where you should probably be looking at. If that’s the case, then we have curated a list of some of the best games like Mystic Messenger that you should check out in 2020! With that being said, sit back, relax and enjoy the read!

Kicking the list off with Seen, which is a great conversation-based game that will keep you intrigued for as long as you continue playing it. It is based heavily on the type of choices you make with the new love interests that you get paired and keep on chatting with. You start off having a huge crush on a character named Nicole Tyler, and you continue to build a deeper friendship with Nicole throughout the game. You will also encounter many side characters throughout your journey, with whom interaction is just as important as it is with Nicole. While Seen might seem like an average love story-based game, it gets much deeper than that. We wouldn’t want to spoil the game’s twists and turns and would highly recommend you to try it out for yourself! You can download Seen for your Android or iOS device by following the link to the Google Play Store or the Apple App Store respectively:

Next on our list is a very interesting role-playing game that we think users of the PC world will love to try out. Cibele follows the tale of a 19-year-old girl (who you play as) and her journey in finding her first love. The game has really visually pleasing graphics and follows an experience that is similar to many MMO games. Every choice you make at every step of the games significantly alters the timeline and the future that awaits Nina, the character you play as. While the game is really fun to play for teenagers, the only drawback we could find was the fact that you can only play it on a Windows or Mac computer. We’re not sure if or when the company will launch Android and iOS versions of the game, but if you don’t mind playing this game on a larger device, we would highly recommend it! You can buy Cibele for your Windows or Mac device by following the link to their website given below:

The next game on our list will interest Kpop fans the most. Love Kpop Idol follows the story of a young CEO and her quest to build the best Kpop Idol agency ever. You start off as the owner of a small Kpop agency which is at the brink of bankruptcy. Your main goal is to find suitable Kpop idols from the streets, train them and then see the rise of your company. The reason why we liked this game is the fact that it requires a lot of skill and deduction to be able to excel at it, and isn’t based mostly on choices or luck. You can train your Idols in all sorts of areas like dancing, singing, acting or even intelligence. As your agency keeps building up, you will become more and more famous and will have even greater possibilities and ventures for your company. Overall, if you love simulation-based games, this is a great way to kill boredom. You can download Love Kpop Idol for your Android or iOS device by following the link to the Google Play Store or the Apple App Store respectively:

Coming up next we have a very intriguing story-based visual novel game that is suitable for all age groups. RE: Alistair is a choice-based game that follows the story of a female protagonist who loves playing video games. The story progresses when a mysterious character steals the protagonist’s items from her video games. Your main goal is to continue your quest in finding who the real culprit is and getting your stolen items back. However, the real interesting part comes where you also have to manage your day-to-day tasks like homework, school and friends. It is an extremely cute game for people who love single-player simulations and we would highly recommend it if you’re often bored at home. Unfortunately, it isn’t available for Android or iOS devices yet. You can download RE: Alistair for your Windows or Mac device by following the link to their website given below:

Ending our list of some of the best games like Mystic Messenger, we have Samurai Love Ballad. On the surface, this game might seem no different than the other love-based simulation games. However, the entire premise of the game is built on a very interesting ground. Instead of following the usual high-school scene, you are the owner of your own kingdom and have to rise your way through power and fame in order to find your true love. You can build castles and even decorate them as you please. You can also dress-up your protagonist in the best of the best suits and appeal. Samurai Love Ballad is a great game if you wanted something greater than just a love story-based game. You encounter many problems in your journey to the top and that’s what makes this game so unique and exciting. You can download Samurai Love Ballad for your Android or iOS device by following the link to the Google Play Store or the Apple App Store respectively:

That concludes our list of some of the best games like Mystic Messenger! We have covered visual novel based games from a wide range of genres and are sure you will find the one best suited for you. If you have any other suggestions to games that were not on this list, make sure you leave a comment below since we would be glad to hear your opinion!