These days installing custom ROMs, and rooting the device is a pretty common scenario among smartphone enthusiasts. However, not every day is a sunny day. Usually, while customizing your device you may have performed some wrong steps and ended up with a bricked device or a phone stuck in the endless boot loop. Sometimes the new custom OS you install brings a lot of unforeseen bugs. So, the only solution is to take the device back to its previous state. This technically means flashing the stock firmware on the smartphone.

Talking of the BLU M8L M0171WW, we have put up the latest stock firmware of the phone along with the flash tool and a complete tutorial to help you install the stock ROM correctly on the device. We have laid out all the instructions in a simple and detailed manner. So, it should be a cakewalk for you to install stock ROM on BLU M8L M0171WW. 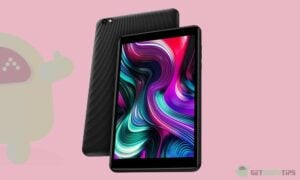 Installing a stock ROM is pretty easy. All you have to do is download the stock ROM for the corresponding device. Then grab the USB drivers, an exclusive flash tool that we will use for performing the installation. Talking of the flash tool, we are using the Spreadtrum Flash tool in this guide because the BLU M8L M0171WW runs on the Spreadtrum chipset.

As mentioned before, here is the list of flash tool and other software which are important to successfully install stock ROM on BLU M8L M0171WW.