Cyberpunk 2077 is one of the most likely games this year. As with most of the games, this night city elite features in-game cash. That means you got a fair idea of what we are discussing. Yes, you’re right. We will help you out with how you can make money or farm them out at your doorstep easily with fun.

Everything has a price, and that’s principally true in Cyberpunk 2077’s dystopian eternity. If you have a desire to kit out your V with the newest cybernetics, most stylish outfits, and fastest cars, you’ll necessitate having a lot of capital, or in Cyberpunk’s world, eddies, on hand.

Read our guide till the end, to reinforce your cash flow, from looting and selling off trash items and some great perks to unlock, to make assured that you’re hacking everything in sight. So let’s dive deeper into the street of Cyberpunk 2077.

How To Farm or Make Money in Cyberpunk 2077

You will be able to earn a lot of Eurodollars from numerous activities in Cyberpunk 2077. Although, the most advanced and efficient way to do so is through NCPD bounties. There are three types of NCPD bounty missions that we’ve found, but you are only required to concentrate on two of them that are Assault in Progress and Suspected Organized Crime Activity. You don’t require a quest provider to found them. Instead, they’re found throughout Night City and the Badlands and trigger whenever you approach them. 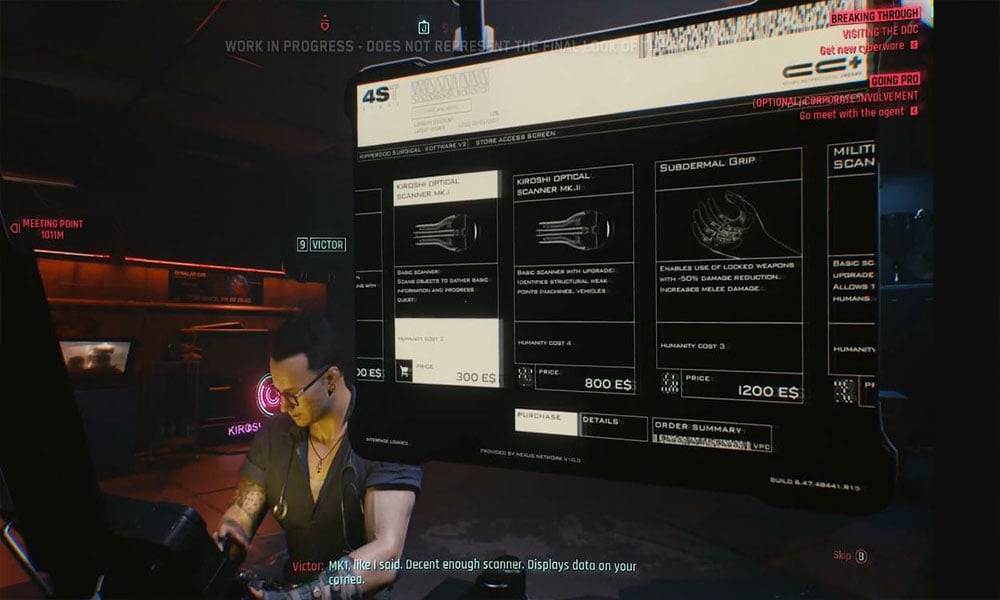 NCPD bounties brighten up to getting out hostiles and locating a Shard that contains data of the crime. You’ll get a small reward from the NCPD. Whenever you complete the missions simultaneously, and further NCPD keeps all the loot they find. Your wallet will instantly fatten with the combination of the bounty you get from NCPD and the money after selling the loot. Players didn’t require any prerequisites to farm. After all, these missions are the easiest ones.

Apparently, if you choose the most hardest NCPD bounty mission, then assuredly, you’ll make more Eurodollars quickly. However, it is nearly impossible to take on bounties in Heywood or Santo Domingo while you’re at the lower levels. Luckily, we’ll show you where you will search to get the two wondrous guns that’ll help you to go beyond your capacity. The two weapons are the Overwatch rifle and WindowMaker Tech Precision Rifle.

How the Two Weapons Helps You to Farm Cash Easily?

To get these two wondrous weapons, you need to follow the same questline. The game generally proceeds until you reach Act 2. However, when the story event moves forward, you’ll have to choose between Automatic Love and Ghost Town questlines. You’ll need to attack a bandit camp ran by Nash in a tunnel while completing the Ghost Town questline. The Nash drops the Window Maker whenever you able to conquer the mission.

Play within Ghost Town questline, then Lighting Breaks. After that mission is finished, you should receive a call that starts the Riders on the Strom quest. You’ll get the Overwatch Sniper Rifle whenever you finished the Riders on the Strom quest. These two weapons are becoming the ace of spades in terms of farming the cash as early as possible because this gives you the edge against higher level enemies.

When you give a headshot to your enemies, it will damage around 1800, which might be enough to defeat any regular enemies in the Cyberpunk 2077 in one or two rounds. We recommend you to use the Overwatch gun. After all, it does double damage, which is enough to take down most regular enemies. Window Maker is also powerful, but its main highlighted feature is its excellent penetration power. When it fully charged up, it can fire through the most shields and enables you to defeat foes without waiting for them to a lookout.

When you have these two weapons, the best method to farm money in Cyberpunk 2077 is to start from North Watson and move south. Collect all the NCD bounty that you see along the way. When V gets hindered, do a few inventory management and sell anything that you did not require any more (aside from Iconic weapons).

By following this step, you steadily gain levels, which increases survivability and earn better gears increasingly. That’s all we have for you on how you can farm or make money in Cyberpunk 2077. Follow the guide discussed above to earn nearly a million Eurodollars within five hours. We hope you guys enjoyed this tutorial.