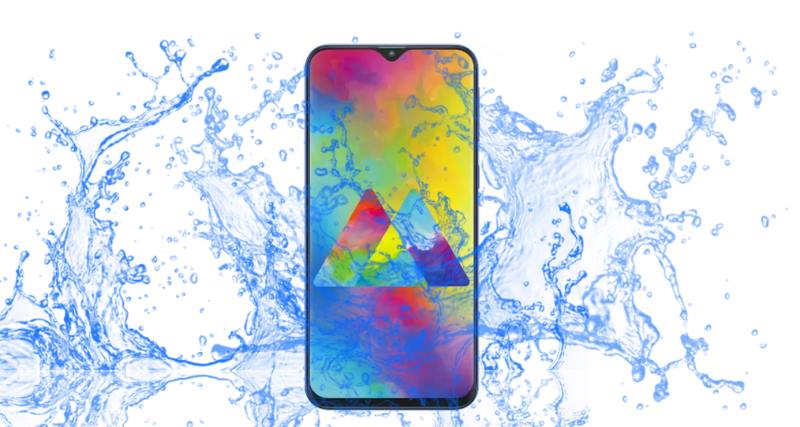 Samsung Galaxy M10 was launched in January 2019. It comes with a beautiful water drop display with a resolution of 720 by 1520 pixels. The device is powered by 1.6 GHz octa-core processor coupled with 3GB of RAM. You will get 32GB of internal storage with microSD support. As far as cameras are concerned, Samsung Galaxy M10 has a dual camera system with 13-megapixel (f/1.9) primary camera and a 5-megapixel (f/2.2) secondary camera on the rear and a 5-megapixel front shooter for selfies.

In this test, we are going to put some water droplets on the device to find out how the device reacts to it.

After performing the splashproof test we didn’t find any signs of damage on the device. However, the device doesn’t respond to user touch. However, this is temporary and the screen works fine after cleaning it with a microfiber cloth. It seems that the device is indeed splashproof to some extent. However, we recommend users not to use this device in water.

After testing Samsung Galaxy M10 in artificial rain condition, we came to know the device doesn’t hold good in rainy conditions. The speaker doesn’t work properly in such conditions. This means that a user will not be able to make or receive calls in the shower or rainy environment.

After performing this test we found out that the device cannot hold under water. The speaker becomes completely malfunctioned

After performing the tests on Samsung Galaxy M10, we can say that the device is not ready for any water-related activities. But the device is splashproof to some extent. We recommend users not to use this device near the pool, lakes or beaches.