Valve Corporation did come up with a free-to-play MOBA (Multiplayer Online Battle Arena) video game called ‘Dota 2‘ back in 2013 that allows millions of players worldwide to enter the battle as one of over a hundred Dota heroes. Though the title has received more than millions of positive reviews on Steam, it seems that some unfortunate Dota 2 players are still facing the High Ping and Packet Loss issue due to several possible reasons which is frustrating.

The high ping delay or the packet data loss in the online multiplayer video games not only affected the gameplay but also prevents plenty of players to get into the game basically. Now, it may happen due to an internet connectivity issue or a server-related fault which is quite common for online titles. Loss of packet data causes a reduction in the connection quality and occurs signal loss to the servers. That’s why the game servers don’t respond properly. 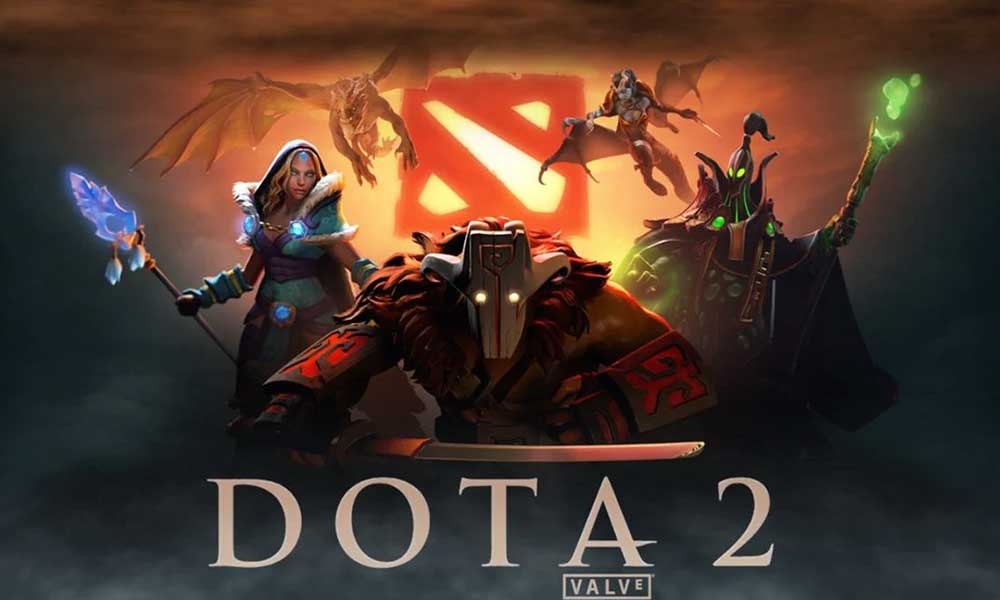 How to Fix Dota 2 High Ping and Packet Loss

Apart from the game server downtime and internet connection issue, the chances are also high that somehow any specific program is consuming a lot of bandwidth in the background. Whereas issues with the Wi-Fi router, selected game server region, issues with the outdated game version, corrupted or missing game files, etc may trigger the high ping delay and packet loss quite easily. In this scenario, even your powerful hardware won’t come in handy.

The chances are high that there is nothing troubling you more than the actual game servers because of the server downtime or maintenance at that moment. It’s always a better idea to check the online game server status manually to ensure what’s going up. You should head over to the DOTA 2 Twitter handle to get all reports and updates in real-time. Additionally, you can get to know more outage reports on the third-party Down Detector Dota 2 website.

If in case, there is a server downtime or outage occurred then make sure to wait for a couple of hours and then check for the issue again. Let the developers fix it out technically. Luckily, if there is no server operational issue then you can head over to the next method.

Ensure to check out if the internet connection at your end is working fine or not. A poor or unstable internet network can eventually trigger the latency issue whatsoever. If your internet data speed isn’t stable or fast enough then we’ll recommend you to contact your ISP (Internet Service Provider) for further assistance. If your IP address has some issue then ask the support to change your IP and try again.

It’s also suggested to use a different internet network such as mobile data or any other ethernet/Wi-Fi network instead of using the same problematic network. In that case, you might be able to understand whether the network is causing the issue or not. If you don’t have access to it, make sure to use a mobile hotspot to at least cross-check the high ping or latency issue.

You should check for the DOTA 2 game update because an outdated game version can trouble you a lot. So, if you haven’t updated your game for a while, then follow the steps below to check for updates and install the latest update. To do so:

Sometimes corrupted or missing game files that are installed on your PC can eventually occur several issues with the game running properly. You should verify the installed game files and repair them by using the game launcher automatically. To do so:

Another thing you can do is simply enable the console command for the Dota 2 game on the Steam client to reduce the packet data loss. The more packet data loss you experience the more game will lag and encounter server connectivity issues.

You should always update your networking drivers on the PC manually to ensure there is no connectivity issue happening due to the corrupted or missing network drivers. To do this:

If in case, you’re using the IPv6 protocol on the Wi-Fi router then head over to the router’s dashboard and turn it off.

If in case, you’re using the VPN service or proxy server on the router then head over to the router’s admin panel and turn it off temporarily. It should help you to reduce the latency while connecting to the game server.