Google has launched Pixel 4 and Pixel 4XL recently as the 2019’s flagship models under the Pixel lineup. Both the devices offer flagship-grade specifications and some other interesting features as well. Though Google has decided not to release the Pixel 4 in India due to the regulations in India. According to Google, Pixel 4 Radar uses 60GHz mmWave frequency that’s currently not allowed in India for the civilians. But if you’re using the Pixel 4 or 4XL in other countries and you want to install the factory images, you can follow the full guide below. You can find the links to Download and Install Factory Images on Google Pixel 4 and 4XL with a step-by-step guide.

Factory image is an important file for your device just like the Stock ROM. If you did something wrong with your device while installing Root or any custom ROM, flashing factory images is the best option. That means if you have rooted your device or bricked it or want to get back to the Stock ROM from a Custom ROM, this guide is for you.

Note that the Factory Images for Pixel devices are released by Google itself. So, a big thanks to Google for providing the factory images. However, there are three builds available for each device along with the latest October 2019 patch builds as well. But Google hasn’t mentioned any specific country or carrier for this release. It’s expected that the first software update for Pixel 4 and 4XL devices will come with November 2019 security patch level next month. 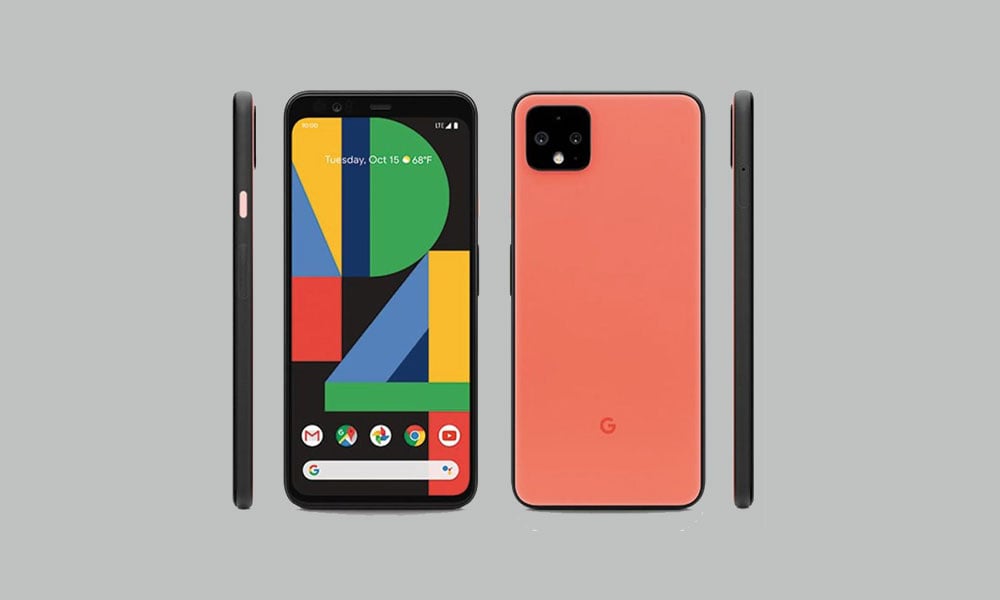 Google has also announced that both the Pixel 4 series devices will soon receive the 90Hz display refresh rate optimization to work in more conditions and enhanced eye detection for Face Unlock. As you may know that the Face Unlock on Pixel 4 and 4XL devices are fast enough but unlocks with even closed eyes. Early this year, we came to know that “Flame” was Pixel 4’s codename and “Coral” was the Pixel 4XL’s codename. Now, let’s take a look at the factory image download links.

Check out the Google Pixel 4 three builds along with Factory Image and OTA links.

Here are the Google Pixel 4XL three builds mentioned along with factory image and OTA links.

Steps to Install Factory Images on Google Pixel 4 and 4XL

Flashing a new system image deletes all user data. Be certain to first backup any personal data such as photos.

Note: modify the flash-all script to save your data.

After doing all the necessary changes, you can save your file and open a command-line program.

You should boot into the device bootloader mode in order to flash the factory image on your Pixel 4 and Pixel 4XL.

You can see that script running on the screen. It may take up to a few minutes to install the image. It will automatically reboot your phone after the image is installed. The first boot may take for 10-15 minutes, so please be patient. But if it takes more than that, your device may get into bootloop.

If the flash-all script not working on the device, you can flash all of the images manually. It requires a few extra steps to make sure that your device is in the proper bootloader mode. Then follow the instructions given below:

After the device boots up, make sure that you have the latest factory images with you. If you choose to renew the flash-all script, your all data should be cleaned.

We hope this guide is helpful to you and you have successfully flashed the factory images on your Google Pixel 4 and Pixel 4XL. For any queries, feel free to ask in the comments below.