OnePlus 7T was launched recently as the successor model of the last generation OnePlus 6T model. Each and every OnePlus device do come with a stock OnePlus camera app. OnePlus also offers great camera sensors and features that stand out really well. The OnePlus 7T also comes with a triple rear camera rounded setup which packs a primary 48MP sensor, a 16MP ultra-wide, and an 8MP 2× telephoto lens. It also offers some useful features like Super Stable Video Recording mode, improved Night Scape Mode, Super Slow-Motion Video Recording, etc. It’s one of the best smartphone cameras in 2019 in terms of the affordable flagship killer segment. But Google Camera app delivers much better than you can expect from a camera app. Download Google Camera for OnePlus 7T (APK) from below and install it on your device.

Though OnePlus offers good camera sensor and fully-featured stock camera UI, it somewhere lacks behind when compared to the Google Camera app. The performance of GCam is unbelievable. Even the flagship camera apps can’t deliver that kind of color contrast and saturation level like GCam. The proper edge detection, exposure level, brightness, low light performance, zooming quality are great in GCam. 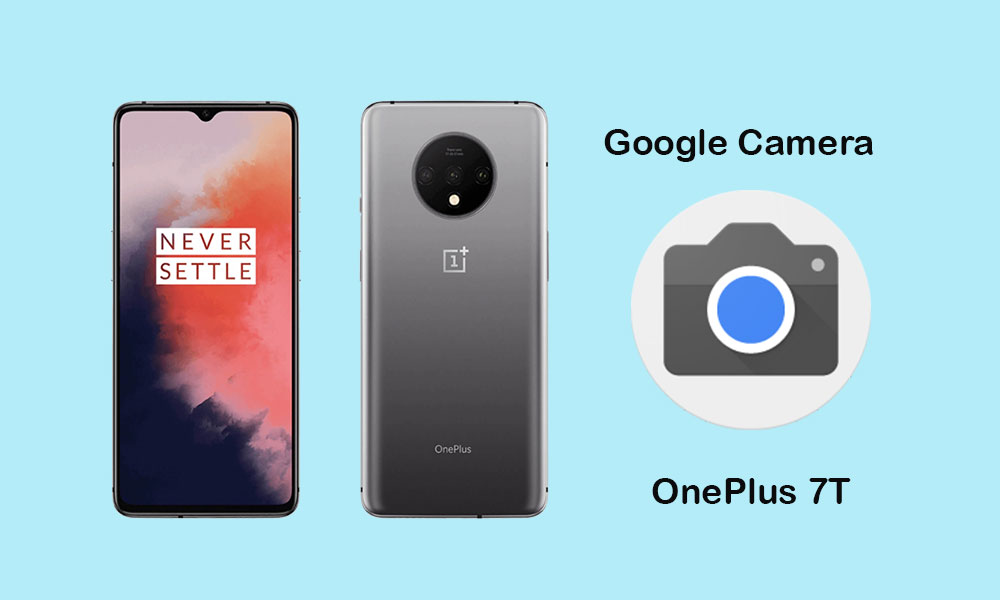 Google Camera is one of the most popular stock camera apps for the Google Pixel devices. Previously, it was available for all Android smartphones. But Google has restricted the app usage officially. However, the APK mod developers work hard and ported the Pixel 3 and Pixel 3 XL camera app for most of the Android devices including OnePlus devices.

The Google Camera simply works stunning along with plenty of useful features like Night Sight mode, Google Lens, PhotoSphere, Portrait, Lens Blur, Slow-Motion, HDR Enhanced+ mode, and more. It also offers video stabilization mode which works fine. Each and every Android smartphone OEM offers a stock camera app but the GCam app is awesome when it comes to performance.

If you’re using the OnePlus 7T and want to install the GCam, we hope this guide will be helpful to you. For any queries, let us know in the comments below.