From this tutorial, you could download the Google Pixel 5 Live Wallpapers. After months of speculations and leaks, Google finally made the official announcement regarding its latest offering. In their ‘Launch Night In’ event, the Silicon Valley giants took off the lid from the newest addition to the Pixel family.  While the Google Pixel 4a 5G, Google Nest Audio, and Chromecast with Google TV were some of the other products to be announced, Pixel 5 was among the most anticipated ones.

Pixel series have always known to provide a clean and fresh stock Android experience. Along with that, you would probably be getting the best camera software, and not many could refute this claim. While the chipset might not be of flagship level, but it does it jobs pretty well. Then to give your device a fresh new outlook, you could also try your hands on the Pixel 5 Live Wallpapers. And in this guide, we will be sharing just that. But first, let’s check out the specs sheet of this latest Google device. 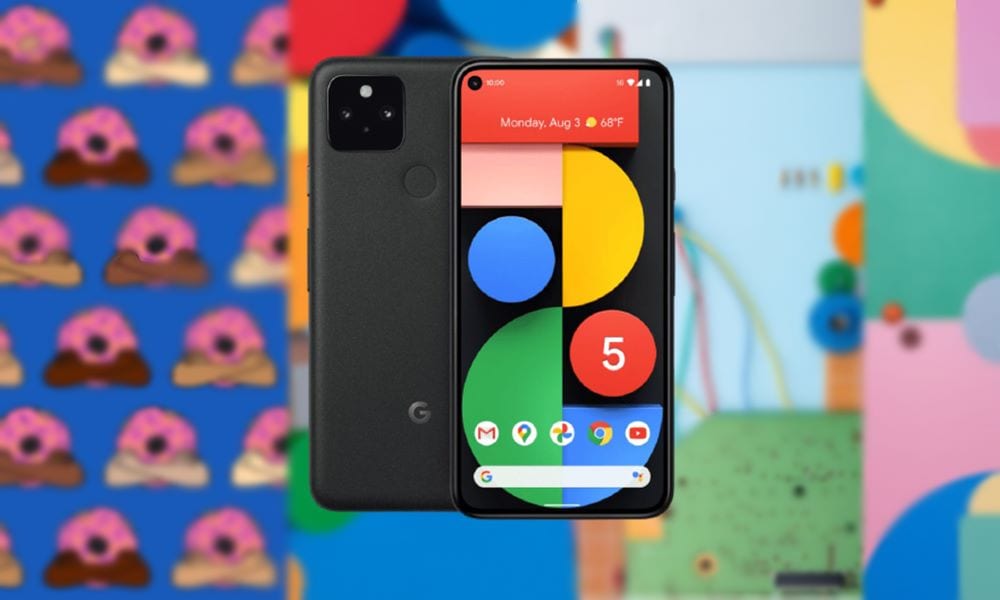 The device, which would be launched on the 15th of October, has plenty to offer to its users. To begin with, the 6-inch screen has a 1080 x 2340 pixel resolution which is protected by Corning Gorilla Glass 6. With a 19.5:9 aspect ratio, you get a 90Hz refresh rate. Under the hood, you get an octa-core Qualcomm SDM765 Snapdragon 765G chipset, which might disappoint a few users who were expecting it to be in the 855 or higher segment.

Talking about GPU, you get the Adreno 620, which might again be asking a few questions from the users. The device comes in a single variant, 128GB 8GB RAM, with no support for SD Card. Now coming to its USP, you get a dual rear camera setup with 12.2 MP wide and 16MP ultrawide sensors. They could record videos up to 4K@30/60fps. On the front, there is a single 8MP camera with 1080p@30fps video recording capabilities.

With a rear-mounted fingerprint scanner, the device comes with a 4080 mAh battery that supports 18W fast charging. Likewise, it also supports Reverse Charging as well as Wireless Charging. Out of the box, you get the latest Android 11 which would end up adding more noteworthy features to your device. To complement it further, you could also make use of the Google Pixel 5 Live Wallpapers that we have shared below.

There was already an “Eclipse” collection in its wallpaper arsenal. And now Google has added a “Come Alive” collection that adds the aesthetically pleasing “Pinball” to the collection. All these live wallpapers are bundled inside an APK that the Pixel 3,4 and its A series of devices could try out right away. The first and second-generation Pixel devices owners might face compatibility issues while installing the APK.

Talking about which, there are two different approaches that you could take to install this Live Wallpaper APK. The first and the easier route will be to directly install it from the Play Store. However, if it’s not showing in the store listing (due to an incompatible device or any other restriction), then you could also sideload the APK as well. But before you do end up sideloading, you will have to enable Installation from Unknown Sources. With that said, here is the required Google Pixel 5 Live Wallpapers download links.

So this was all from this guide regarding the Google Pixel 5 Live Wallpapers. Do let us know your views about these wallpapers in the comments section below. Rounding off, here are our stock wallpaper collections from other OEMs that deserve your attention as well.