Microsoft Edge is the default browser on Windows 10, Windows 10 Mobile, and Xbox One consoles. Edge was designed to replace the traditional Internet Explorer, although it is still integrated into Windows OS. Today in this article, we are going to discuss the installation and use of extensions in the Microsoft Edge Web Browser. So let’s get started. 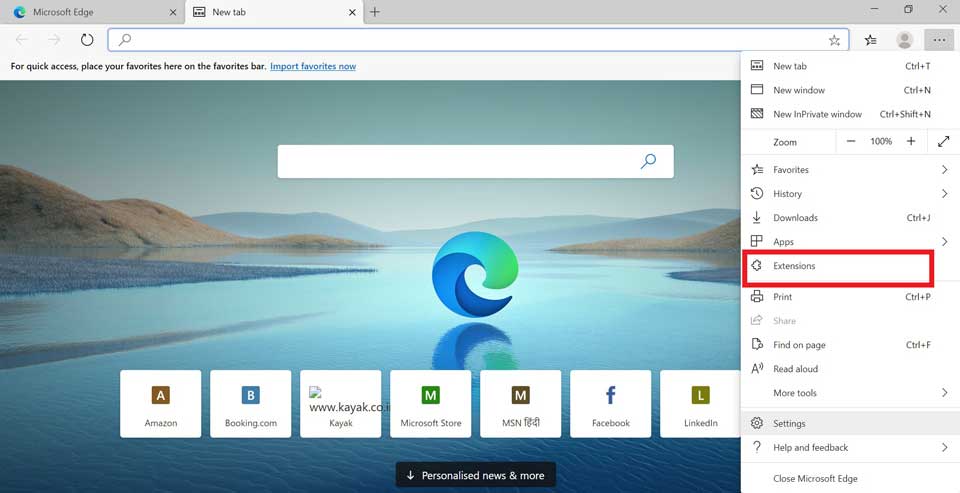 Installation and Use of Extensions in Microsoft Edge

Further, we would like to add that Edge, by default, does not come preinstalled with any extensions. So to use them, you need to install a few first. To install extensions, follow the Steps Below:

Step 1: Click on the three lines at the top right corner.

Step 2: Locate “Extensions” and click on that. The extension menu opens.

Step 3: To install, click on the “Get extensions from Microsoft Store” link. The store opens.

Step 4: Search for the desired Extension, as categories separate them.

Step 5: When decided, click on “Get,” then Microsoft Edge will ask confirmation.

In this way, the Extension will be integrated into Microsoft Edge, and you can see it on the top right corner. After installation, you will be able to interact with the Extension just by clicking on it. Or you can also turn it on and off as per your wish. This way, we understood how to install and use Microsoft’s Extensions in Edge. Now we will continue to the second part.

How to Use Tracking Prevention Settings in Microsoft Edge?

Installation and Use of Google Chrome Extensions in Microsoft Edge

Step 1: Click on the three lines at the top right corner of the browser.

Step 3: In the Extensions menu, slide the toggle to “Allow extensions from other stores.”

Step 4: Now, click on Allow to accept the warning.

Is there any problem?