With the launch of Google Pixel 6 and Pixel 6 Pro, the internet giant has also introduced some amazing features for the Pixel 6 series owners specifically such as Magic Eraser. It’s an AI-equipped machine learning technology that literally removes an unwanted object or people from the Google Photos app. However, it seems that somehow the Pixel 6 and Pixel 6 Pro Magic Eraser Not Working or the unfortunate users can’t find the feature at all.

Now, if you’re one of the victims then make sure to follow this troubleshooting guide to resolve the issue quickly. It seems that the issue isn’t a widespread one as of now because Google did mention that the Magic Eraser not working or missing is happening to some users only and not for everyone. Luckily, Google did mention that they’re aware of this issue and the patch fix is coming soon for the Google Photos app to Pixel 6 series owners.

It’s also worth mentioning that there are some quick checks or options you need to go through before starting using the Magic Eraser feature or if it isn’t appearing to you. According to some reports on the Google Support Forum, if you’re unable to find out the Magic Eraser feature on your Google Pixel 6 series then the chances are high that you’re missing out on some option to turn on or you’re not trying at the right place what it should be. 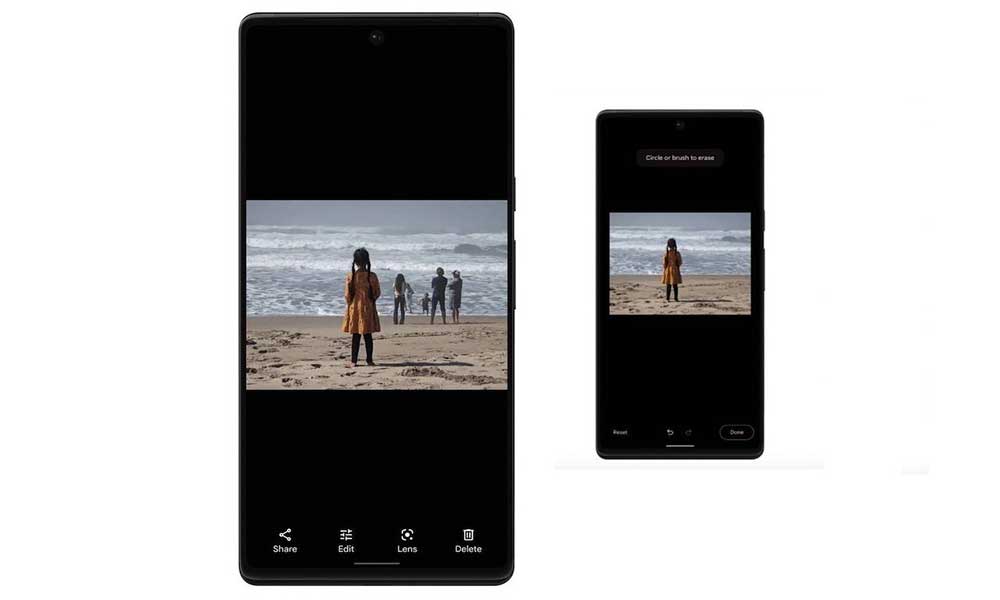 To access the Magic Eraser option on your Pixel 6 or Pixel 6 Pro handset, do the following steps:

Similarly, you can open an existing photo directly on the Google Photos app > Tap on the Edit button and scroll through the options at the bottom > You should find out the Magic Eraser feature under the Tools option.

Fortunately, we’ve provided a couple of possible solutions below that can help you out until Google fixes it permanently.

If in case, you’re still unable to use the Magic Eraser feature on your Pixel 6 series even after updating the Google Photos app to its latest version or clearing the cache & data, make sure to manually install the specific Google Photos (5.64 or above) APK file on your handset to get the Magic Eraser feature straight away. Until Google releases a patch fix for it, you can continue using the APK file if you’re more interested in Magic Eraser or doing mobile photography.

What to do if Magic Eraser is Not There?

Well, Magic Eraser is available on both the Pixel 6 and the Pixel 6 Pro devices out of the box. However, if it’s not appearing on your handset then you should properly find it out by following the above steps. However, if the Magic Eraser feature missing then don’t worry as Google is going to release a patch update soon.

In that scenario, you’ll need to just wait for a couple of days or so until the patch fix update arrives for the Google Photos app. This is how you can fix the Fix: Pixel 6 and Pixel 6 Pro Magic Eraser Not Working issue.