Google is all set to launch its new device this year. After a long wait, Google introduced its Pixel 6 and 6 Pro with tons of new features and improved hardware. Google Pixel 6 and 6 Pro is powered by the new Tencer Soc chip, which has improved AI and machine learning. However, the camera and its performance is the main highlight of Google Pixel phones. The new series of Google Pixel has a new advanced version of the Magic Eraser tool used to remove unwanted or extra objects from the picture quickly. Also, it is the USP(unique selling point) of the device, and it comes pre-installed on pixel phones running on Android 12.

However, it also depends on your location where the Google magic eraser is available with your device. Furthermore, if it is not available in your Goole Pixel 6 or 6 Pro or any of the Pixel devices with the given downloading link, install the Apk. So here we know how to download and install the Google magic eraser on Google Pixel devices with all its latest features in detail. 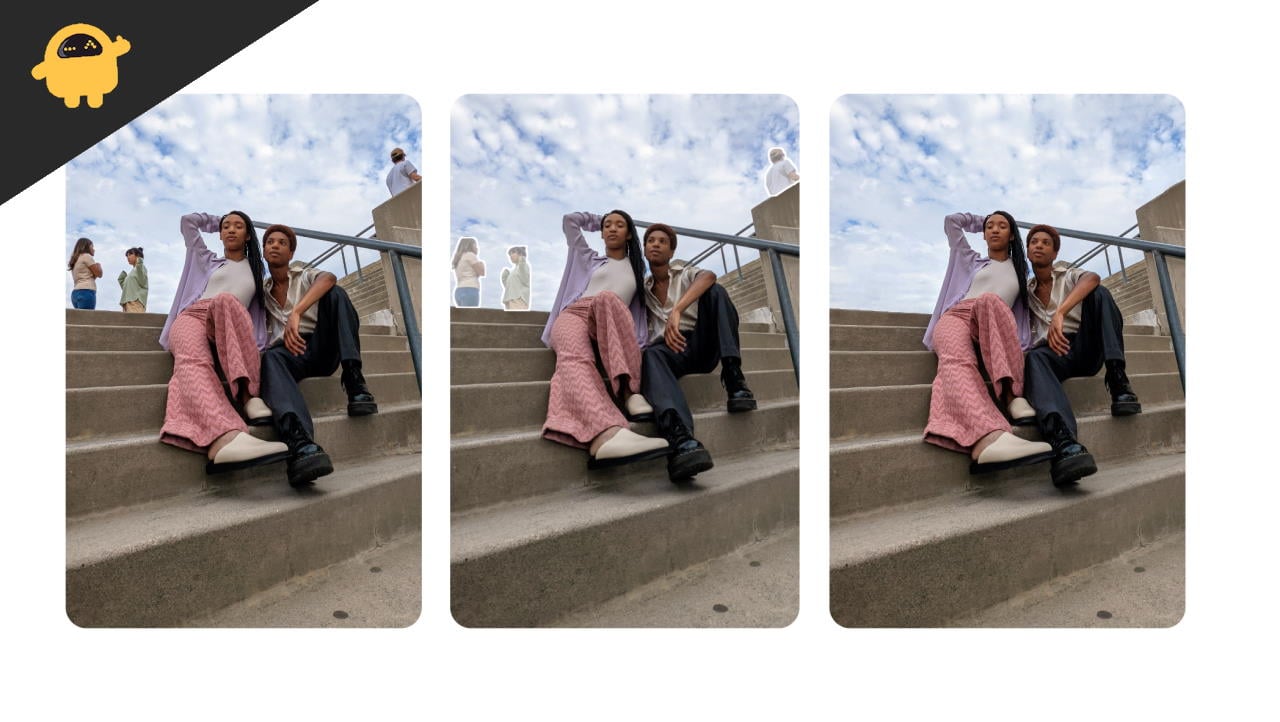 How to Get Google Magic Eraser on Any Pixel Device

We know many other apps are available in the Google play store, but one of the best apps is the Google Magic eraser. We usually take pictures to capture the precious moments of our life, and with Google pixel phone, the interest in photo clicking increases more. But the common issue while taking any picture is beware of photobombing and other objects. So here we have a solution for all photo-related queries. Google Magic eraser will have all photo editing features.

Through the Google Magic eraser, you will remove any object or people from any photo in a few seconds. First, of course, you will think about what’s new, but once you use the app, you will know how smooth it works to clear any picture from unwanted things. For example, if you click a picture of yourself on a crowded beach with the help of a Google Magic eraser, you can clear all unwanted objects by selecting them.

It will automatically recognize the unwanted distraction with the help of AI. If it’s correct as per you, you can edit this in a single click or select them personally for better output. The Magic eraser has a brush and eraser to choose the object that you want to remove. It has a Machine learning algorithm to study the image and fill the empty image with the relevant pixels.

Get Google Magic Eraser on Any Pixel Device

Google Magic eraser is not officially released yet, but we have the latest version of the app (version5.64) in the Apk format. It will install easily with the google pixel phone running on Android 12. However, some of the features will not work properly with the other Google Pixel devices running on Android 11. You can download the Google Photos from the below link of Apkmirror and install the Apk mirror installer app from the Google Playstore the apply the below steps.

How to Use Google Magic Eraser on Any Pixel Device

We will know how to use the Google Magic eraser on your Google Pixel devices in this segment. After installation of the app, open the google photos app to try its features.

We hope now you can install the Google Magic eraser on your Pixel devices with this guide. But, do let us know how your experience is. If you have any queries or any other significant features or issues, comment below, and for more exciting tech-related information, visit the homepage.