Gears Tactics is a new game and a new addition to the Gears of War franchise. The Gears Tactics was launched back in April and since then, it has been able to become a fan favorite in a short span of time. The game is available on Xbox One and Microsoft Windows and offers action-packed tactics based gameplay, where your ultimate goal is to survive, form a compact group, and recruit people to strengthen the unit to kill and defeat enemies. The game offers different class characters that you can recruit in your unit as per your needs.

Kait Diaz, who is the father of Gabe Diaz is the main character of the Gears Tactics game and he also happens to be one of the support class characters. Just to give you an overview, the support class characters are unlocked after Act 1 – Chapter 4. And if you are also intrigued by knowing more about the support class in the game and then this guide is for you. As in this post, we will give you a comprehensive guide on the Gears Tactics Support Class with their best ability, skills, and weapons. So, that being said, let us get straight into the article itself; 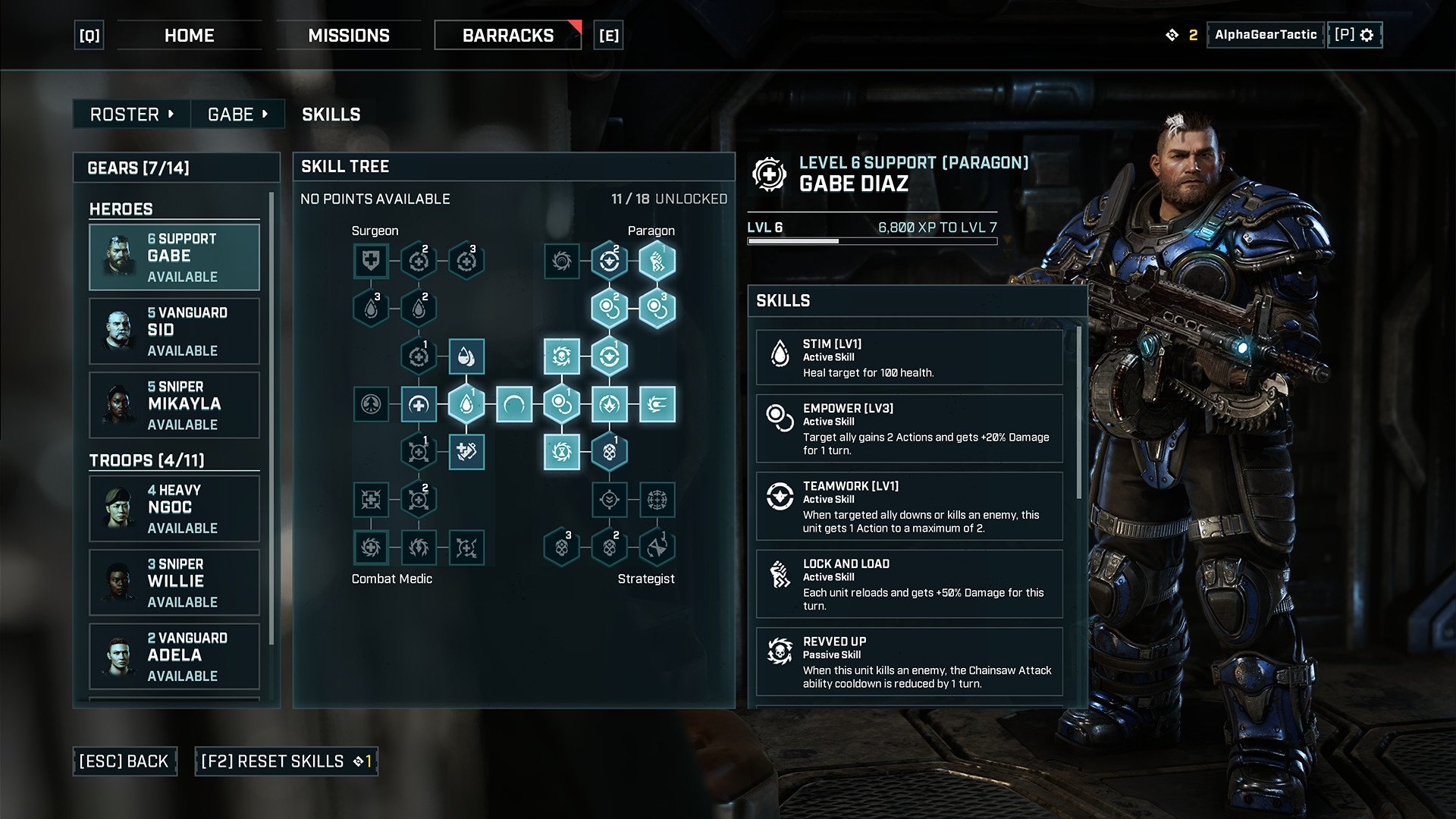 The skills include Empower, Teamwork, Lock and Load, Surge, and Stim. Empower is one of the best abilities or skills of the support class which gives your team member or allies a bonus action once it is activated. Teamwork lets you earn free action points whenever your ally kills any enemy. Lock and Load reload all your ally’s weapons and gives them 50% extra damage. Surge resets the abilities of the targetted allies. And finally, you can make use of the Stim skill to heal up any allies when you are not in the range of any enemies for support.

Well, you can pair up your support class character with a desirable weapon that would increase the chances of healing your allies. Here is the list of weapon and armor mods: