Lazy Bear Games and tinyBuild did release Graveyard Keeper in 2018 which is a medieval graveyard pixel-graphics crafting simulation video game. This graveyard-themed management simulation title has received plenty of positive reviews on several platforms due to its stunning gaming experience. However, it has a fair share of bugs and issues that we can’t deny. Meanwhile, the Graveyard Keeper game is Crashing on PC, Switch, iOS, and Android.

Now, if you’re one of the victims to encounter such an issue then make sure to follow this troubleshooting guide to fix it. The chances are high that somehow your Graveyard Keeper video game crashes a lot while startup apart from lags, stutters, frame drops, graphical glitches, and more. These days it becomes one of the common issues among PC gamers that you may experience quite often. Luckily, there are a couple of workarounds mentioned below. 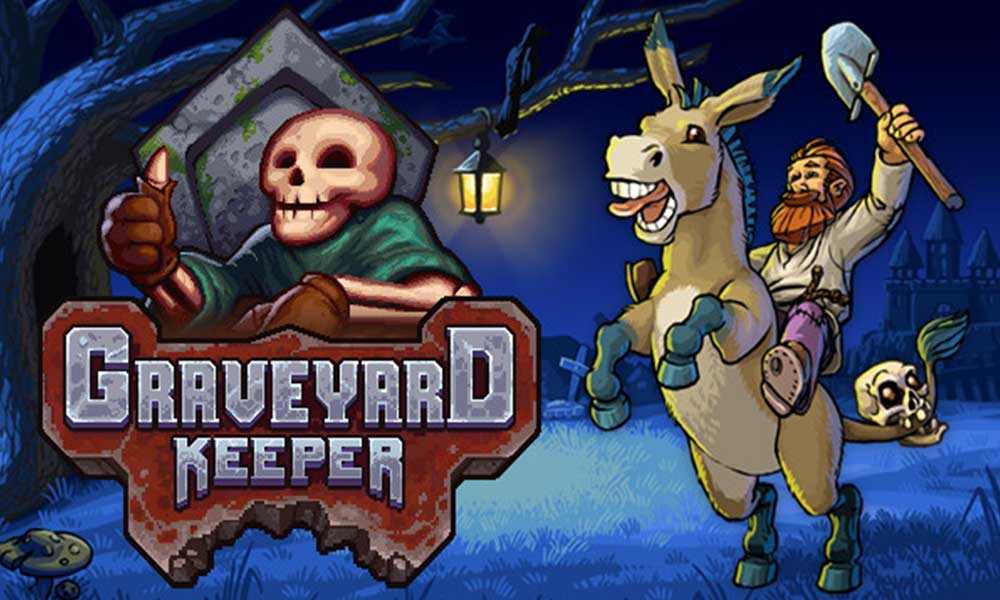 Why Does Graveyard Keeper Crashing?

There can be several possible reasons mentioned below that might occur a lot of trouble when it comes to the startup crashing issue on the PC. Problems with PC compatibility, outdated system software, an outdated game version, problems with third-party background tasks, conflicts with the startup apps, outdated graphics drivers, issues with the Microsoft Visual C++, overclocked CPU/GPU, and more can trigger startup crashes.

Additionally, issues with the overlay apps, blocking with the Windows security program, DirectX issues, etc might occur crashing issues while launching the game. While Nintendo Switch or mobile device users can encounter such an issue due to an outdated game version, an outdated system version, and so on.

If in case, you’re facing this issue then make sure to follow the workarounds mentioned below to fix it. You should go through all the methods one by one until the problem gets fixed for you. So, without wasting any more time, let’s jump into it.

First of all, you can try cross-checking the system requirements of the game whether your PC configuration is compatible enough or not. Sometimes issues with the outdated software or hardware on the PC may cause crashes. In some cases, outdated PC configuration can also trouble you a lot.

If in case, you’re running the game via the Steam launcher then perform the same steps for the respective game client too.

Another thing you should do is update the graphics driver version on your PC by following the steps below. If there is an update available, make sure to install the same. An outdated GPU driver can cause several issues with the program launching such as in games or even during gameplay sessions. Not only your game looks pathetic but also your PC won’t be able to run at its full potential due to graphics conflict. To do that:

5. Force Use the Dedicated GPU

It’s needless to say that issues with corrupted or missing game files on the PC might encounter game launching crashes a lot without any proper error message in some cases. If in case, your game starts to load for a few seconds and then closes automatically or doesn’t launch at all then it’s better to verify and repair the installed game files on the PC by following the steps below. Some players have already fixed crashing on their PC.

If you’re using the Nintendo Switch console and facing the crashing issue during startup then make sure to follow the methods below to fix it.

If in case, you’re having an Android or iOS device and facing the startup crashing issue then make sure to follow the methods below to resolve it.

1. Update Software on the Phone

Make sure to update the software version on your handset to reduce several issues and compatibility issues with third-party apps. Outdated device software can conflict with some issues with the app launching or running properly. Head over to the Settings menu on the device > Go to the Software Update option > Tap on Check for Updates. If there is an update available then make sure to install the update.

If you’re still running the outdated Graveyard Keeper game on your mobile device then it may cause compatibility issues. To simply update the app:

If in case, you’re trying to play Graveyard Keeper on your Android device then try clearing the app cache data and the storage data from the settings menu of the game application to refresh glitches. Sometimes outdated or corrupted app cache data can also cause several issues whatsoever.

4. Force Stop and Re-open the Game

The chances are also high that the startup crashing issue with the Graveyard Keeper game on your mobile device is happening because the game is already running in the background. In that scenario, you can manually perform a force stop of the app and relaunch the game application to check if that fixes the issue or not. To do this:

If none of the methods worked for you then make sure to uninstall and reinstall the Graveyard Keeper game on your mobile. It’ll eventually delete all the saved game application data and refresh its data which should fix the issue. To do so: