In this tutorial, we have listed out some of the best Grim Dawn builds of the year 2020. While there are already quite a few action role-playing games, yet this title has managed to carve out a rich fanbase for itself. Offering fast-paced combative style gameplay, it has already gathered loads of positive reception. While on paper, the missions of collecting loots in the form of cash, armors, and weapons might sound a little straightforward, but its intriguing gameplay and challenging quests have added much flare to the game.

Along the same lines, it comes equipped with some handy builds as well. Some could easily outlast the others when it comes to their survival duration and the damage potential. In this guide, we will be mentioning all those builds that score high on both these factors. Furthermore, these builds will also have an added ability to help you reach the later waves of the Shattered Realm and the potential to combat the sealed dungeons. This in turn will help you in defeating Mogdrogen (the secret god) as well. So without further ado, let’s get on with the list of the best Grim Dawn builds of this year. 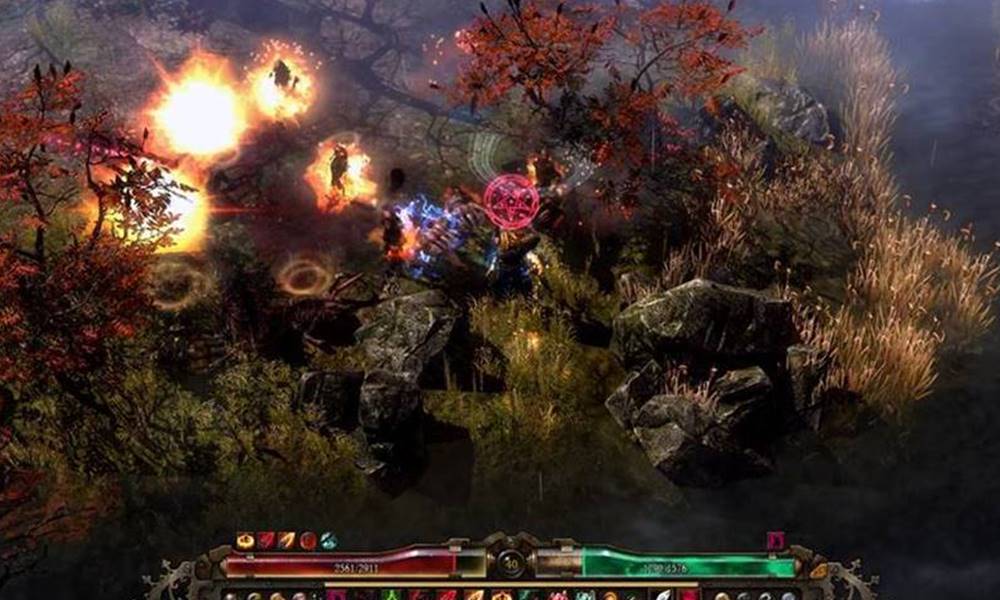 Since there are already a plethora of builds available in the game, it gets quite difficult in selecting the best ones. In this regard, the below list shall help you out. Follow along.

This is regarded as one of the best builds for the experts. As the game progresses, you might face an uphill task with stronger enemies and bigger challenges, and this is where you need to call this build. Equipped with heavy armory and shield, it could handle deadly attacks with ease.

Furthermore, if you are playing the game in the Ultimate Mode, then this should be your go-to build. However, if you are in the initial stages of the game, then you might not need this build, however, it’s never a bad idea to have it in your arsenal. 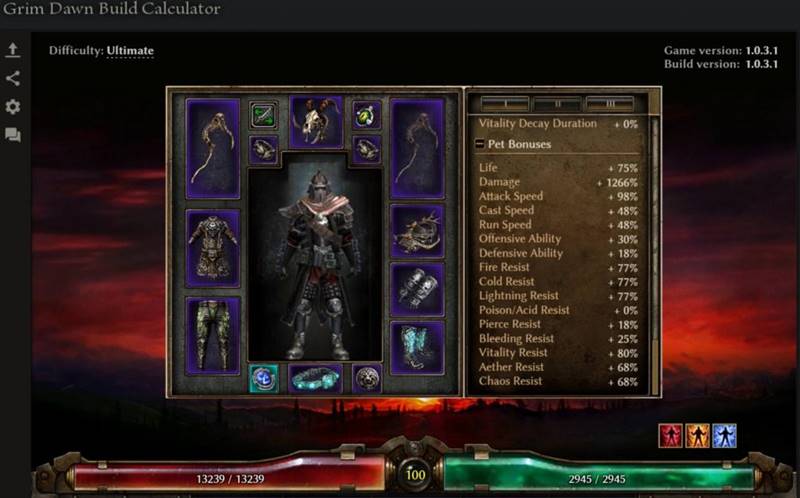 Likewise, it is also one of the strongest builds and scores an impressive rank, thanks to its ability to carry out and sustain deadly attacks. On that note, if you are into melee combat or plan on using pet summons, then this build should definitely be on top of your priority list.

Add to the fact that it is among the most physically imposing character and has the ability to summon creatures, well, we couldn’t have asked for more. Then its special two-handed weapon attacks have the power to inflict deep internal trauma. Furthermore, this build focuses on having a briar thorn, a blight fiend, 8 skeletons, and a primal spirit. 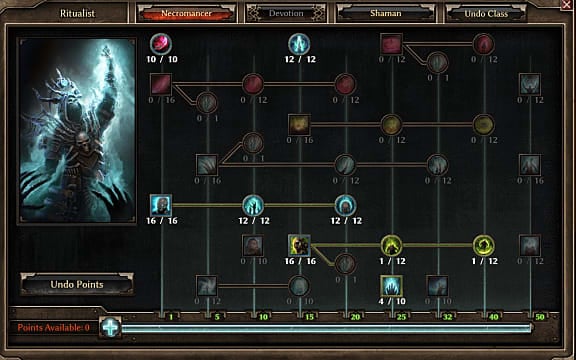 As Ritualist is a combination of Shaman + Necromancer, the skills for the latter definitely deserves a mention. These include 10 Reaping Strikes, 12 Necrotic Edge, 4 Call of the Grave, 1 Rotting Fumes, 12 Will of the Crypt, 16 Raised Skeletons, 12 Undead legion, and a Blight Burst.

On the other hand, the Shaman skills include 12 Brute Force, 4 Ground Slam, 10 Feral Hunger, Primal Bond 12, 16 Summon Briarthorn, and 6 Conjure Primal Spirit. Well, all these are sufficient to justify its position on our list of the best Grim Dawn builds of 2020.

As soon as you have reached the warder level of 100, then this build will be the need of the hour. With its USP of constant speeds on the trash and its offering of the big bleeding sticks, it might prove to be quite a handy build. On the downside, it offers very little resistance to combats or attacks. So chose it wisely. 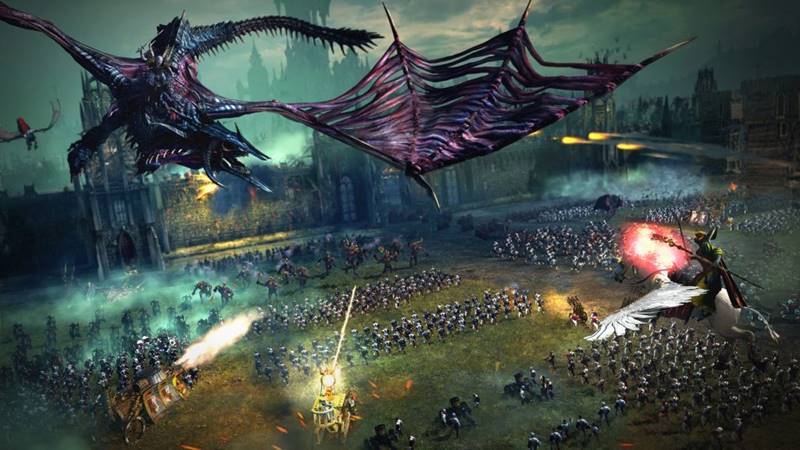 Thinking about pairing with other new classes, well then look no further than the Death Knight build. Having an impressive intellect, it straightaway translates to its ability to incur maximum damage apart from surviving many deadly attacks. It also makes sure that your character remains unscratched, that is, it doesn’t get inflicted with many attacks.

Talking about the latter, well his attacks more often than not turn out to be deadly vicious as well. However, the fact that there are no standard leveling guides might prove to be somewhat of a downside for some. Anyways, its perks outweigh its negatives and hence it sits comfortably in this list of the best Grim Dawn builds of 2020.

It boasts of an excellent synergy with poison and acid after you have paired it up with the Nighblade mastery. We would recommend you use the items that end up increasing the overall acid damage capability. In this regard, the Rat, Eye Of The Guardian, Scorpion, Manticore, Murmur, Abomination, and Yugol The Insatiable Night will definitely come in handy.

Some of its skills from the OathKeepr side includes 12 Consecration, 2 Haven, 2 Ascension, 1 Scion of Dreeg, 1 Dreeg’s Reproach, 5 Retribution, 12 presence of Virtue, 2 Rebuke, 2 Summon Guardian of Empryion among others.

On the Nightblade side, you get 5 Dual Blades, 3 Belgothain Sheers, 12 Lethal  Assault, 16 Amastara’s Blade Burst, 10 Veil of Shadow, 10 Night’s Chill, and 12 Merciless Repertoire. You could also consider switching between the Amastara’s Blade Burst and Righteous Fervor. This is because these two Skills from the Nightblade and Oath keeper side have the ability to inflict maximum damage.

Cursing a plethora of monsters at one attempt is no easy task, we get it and so does this build. Hence, the next time you try out the aforementioned task, consider calling out the Conjurer Summoner Build. Furthermore, if you plan on looting, then the build’s handy little pet monsters should come in handy. These monsters will do all the work for you and you only have to collect the loots from them at the end. 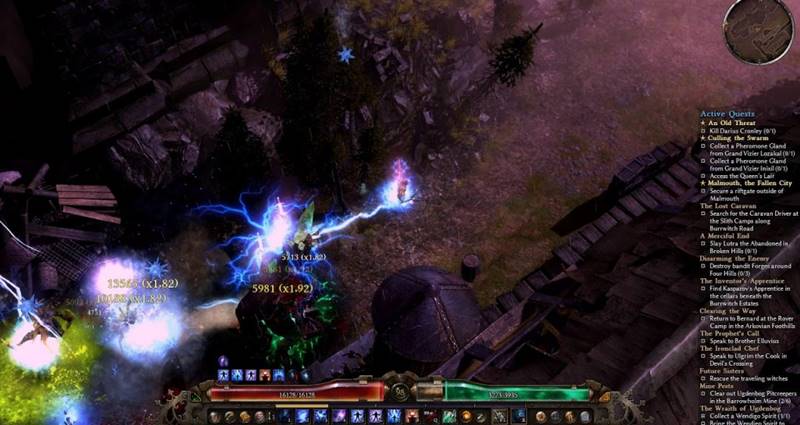 This build comes with a mixed feeling of sorts. On the plus side, Vindicator Build has a plentitude of benefits. These include the ability to switch to toad without any fuss and the ease of increasing its maximum charge ends up cementing its place in the list of the best Grim Dawn builds of 2020.

Just keep in mind to change its devotions, before you end up adding more to the charge. However, there are some users who prefer to keep a safe distance from this build, and ends up calling it among the most challenging ones. Well, it ultimately depends on an individual’s perspective and we respect each one of them.

Similar to the Ritualist, you might need to call this build during the latter stages of the game. Its efficacy in managing tough and enduring challenges plus its USP of “Dominating the Endgame” goes a great length in helping you out during the difficult phases of the game. Then its ability to improvise and double the attack adds up more flair to this already well-known build. 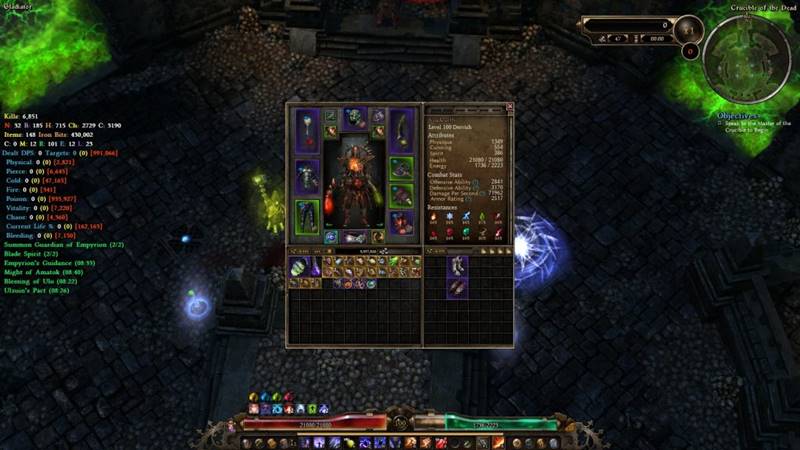 Dervish has among the best offensive abilities among all the builds mentioned in this list. While its attacks are no doubt quite powerful, but that’s just the beginning. To maximize its full potential, make sure you end up using the correct skill and gears. Add to the fact that it has some of the most impressive abilities to dodge attacks and the reasons for its inclusion in this list of best Grim Dawn builds are pretty straightforward. But that’s not all. His strong armor only adds to his overall health, thereby making him more much capable in terms of sustaining deadly attacks.

A fast devour and the ability to quickly debuff swarms adds up to your overall strength. This in turn lessens the impact of the damage and also ends up adding more strength to your character. However, if at any point in time you consider upgrading this build, then you will have to make use of the Heart of Oak. Or it could also be done using the Wendigo totem.

Well, another reason why we included Bloody Pox Build to this list of best Grim Dawn builds is the ease with which you could double its effect, simply by using the Soldier’s retaliation effect. Then using the Empty Throne devotion or taking up afflictions like riding on the Chariot of the Dead further adds to the intriguing factor.

The Lightning Build is one for the starters. If during the initial phases of the game you aren’t able to get hold of any handy gears, then look no further than the Lightning build. First and foremost, it goes for the warder rather than choosing the Elementalist. This will definitely be appreciated by quite a lot of users. But the perks don’t end here. Its benefits at wartime, blitz, strong resistance, and the ability to reduce the overall impact of the damage make it a perfect build for the newcomers.

This list of the best Grim Dawn builds would have been incomplete without mentioning Inquisitor. Similar to the aforementioned Lightning build, this one is also among the favorites for the newcomers. It has streamlined the entire process and made it quite easy for the users to try out this build in the deadly combats. The only downside, if you would like to call one, is the fact that it might not prove to quite useful in the later stages of the game, but that’s quite understandable.

So with this, we conclude the guide on the best Grim Dawn builds of 2020. The builds mentioned in this list depends on the individual preferences and the level you are on right now. Apart from that, the combat moves you chose, and the attacks you prefer also go a great length in shaping your decision. With that said, do let us know your preferred build from the ones we mentioned above. Likewise, here are some iPhone Tips and Tricks, PC tips and tricks, and Android Tips and Tricks that you should check out as well.