One of the many useful resources in Grounded is Sap. It’s a resource in the game that appear solid and orange in the game, which the players can use in the making of varieties of tools, pieces of furniture, healing items, and armor. The Sap is a natural resource that in the beginning is hard to find. But as you progress through the game with better armor and stuff, things will get a lot easier when finding Sap.

In the guide that follows, we’ll get you through every bit of information that’s there regarding Sap in Grounded. By reading the guide, you’ll get to learn where to find Sap, how to find them, as well as a method for actually producing them in the game. So if you’re one of those puzzled fans, then this guide will surely hook you up with help. Without much bragging, let’s look at where to find Sap in Grounded.

Grounded: Where to Find Sap

In Grounded, there are actually a few places that you can look for Sap, as well as a method that will automatically produce Sap for you. Before we dig any deeper, let’s start off with the basics. The first place to look for Sap is on any twig or fallen branches in the game. If you’re new to the game, find these will be pretty hard as you’re dropped into a large grassy region.

If you desperately need the Sap, then you must go about and look for twigs or fallen branches, those that are the size of a log. You won’t find Sap in the smaller ones. Investigate every twig you can find, as well as every inch of every twig you’ll find. This is because Sap tends to hide away in places of twig that your eyes won’t reach easily. So make sure you search pretty well. Sap will catch your eyes as a solid orange dot in twigs and wood. Just approach it once you see them and you’ll get to pick it up. Keep in mind that you won’t find Sap in every twig or branch that you find. So keep looking until you get enough. 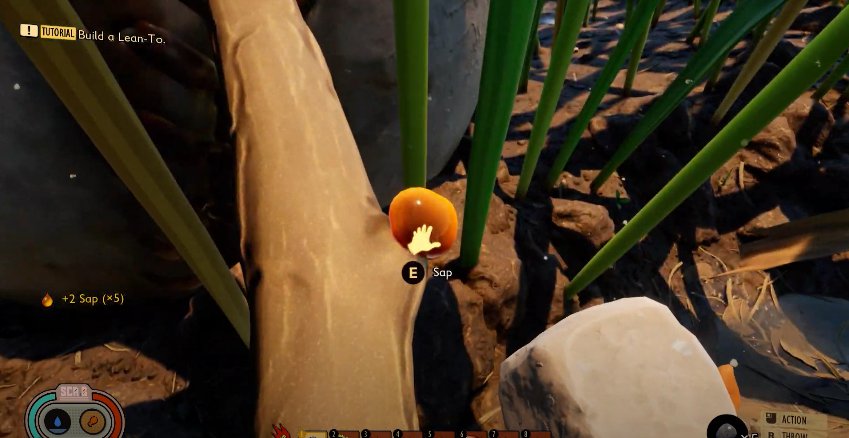 You can increase the chance of getting Sap in much larger quantities as you progress into the game. Gaining more Sap is also essential as you make progress in Grounded. The Oak Tree is known for housing a lot of enemies around it. However, this is where you’ll get much Sap as well. At the base of the Oak Tree, you’ll find Sap Clumps. By using a Pebblet Hammer, you can remove them. Once removed, the Sap Clumps will scatter into Sap Droplets. Each clump will leave you with four to six droplets of Sap and that’s a really good catch. However, beware of the spiders if you’re anywhere near the Oak Tree.

Finally, you also have the ability to get a Sap Catcher in the game. This is nothing but a farm. However, this thing is automated and it’ll give you Sap easily in the game, without any work. In order to craft a Sap Catcher, you need an ant mandible and an acorn top. After you’re done crafting one, simply place it on a branch or root that produces Sap. You can return to it every often to collect the Sap that it has accumulated. 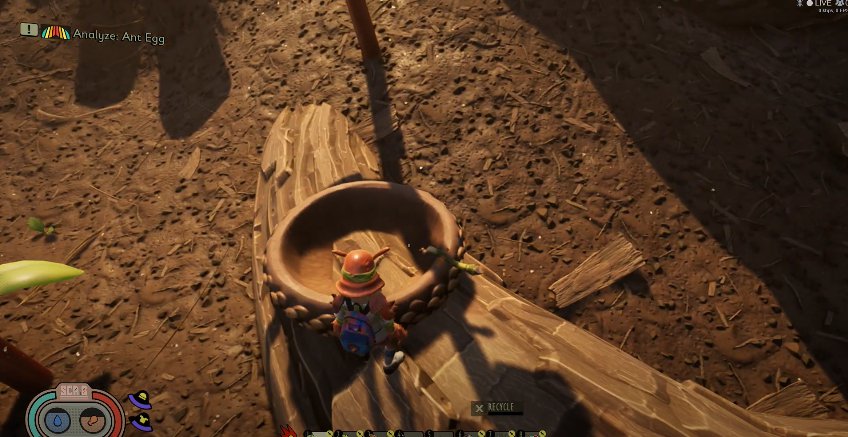 The Sap catcher is basically the easiest and safest method to get Sap in Grounded. In contrast, collecting Sap from the Sap Clumps at the Oak Tree will literally give you a great amount of this resource at a time, although this is pretty risky. That said, we hope reading the article above has equipped you with some bit of information. Please let us know by commenting down below if you have any further queries regarding the same.