Welcome to the 101 guide on what is an overheating problem and how your Mobiistar or any other smartphone is affected due to this problem which is severe and increasing with the availability of new apps, faster processors, high capacity batteries and more. Just to brief about how things are done inside the hood of a smartphone, the system actually moves around electrons and other atomic particles physically to get work done. This generates heat and in turn, increase the internal temperature of a smartphone which is normal since that moment you pick up your phone and open an app, you’ll feel that the device gets a little warm. But things are different for a smartphone facing overheating problems but before we can discuss how to fix it, let us know what is it actually. 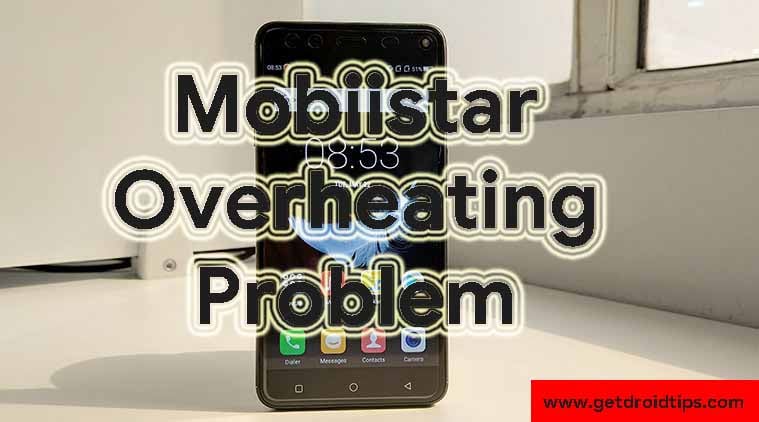 What is overheating of a smartphone & Why does it happens?

You grab your phone and started What’s App on your phone to check if there’s any new messages or status updates. When you tap on the app icon to open it, there’s a lot of things going on under the hood that generates heat that increases the core temperately slightly. Now, when there are many more apps working at the same time or apps which are power-hungry or high-graphic apps likes games, the work is done increases and thus the heat and that translates to increasing core temperature.

Usually, the SoC or chipset is well optimized to handle rising temperature where it will slow down the processor’s speed upon reaching a minimum threshold of higher temperature. But if the temperature is gradually gaining mercury inside the hold, the phone would eventually show warning dialog box regarding the high temperature and ask the user to keep the phone idle for few minutes to cool down. The moment when the phone’s temperature crashes the usual temperature, it begins to overheat and eventually reaches its maximum threshold crushing which, it can affect any physical component or damage it too. Overheating problem is also associated with the explosion of a smartphone due to a higher temperature and thus, you must keep a watch on it to prevent it.

How to Fix Mobiistar Overheating Problem?

GetDroidTips compiled a list of few troubleshooting fix and tips that you can refer in case your phone is getting too hot.

This is preferably the first thing you should do if the phone is getting too warm. As an Android user, you can use a number of apps at once, however, when the phone gets too warm, it is better to close all the apps after saving the work done if required. Now, there are multiple ways to close an app in an Android smartphone such as simply by pressing the recent button and swiping the apps to the left and right of the screen to close it. Further, you must go to ‘Settings >> Apps >> Running’ where you can tap on the apps that are currently running on the phone to press the ‘Force Stop’ button.

Check if the phone cover is suffocating the phone

As most of the user have phone covers installed to prevent the phone from any physical damage, this is one of the reasons why phones are getting too warm. Generally, a smartphone radiates heat in the atmosphere that helps it cool down but when it’s in phone case or cover, this doesn’t allow the heat to radiate as the phone case acts as an insulator trapping the heat inside it. Although this isn’t a common issue with a phone case or cover of any and every material, there are few materials that are responsible for escalating the overheating problem by acting as an insulator.

Switch off the phone

If it’s getting too warm to handle, I won’t recommend you to turn off the phone and remove the phone case, back panel, battery if removable, microSD card and SIM card and keep the phone aside on a cool place. This will help the phone radiate heat outside in the atmosphere and will help lower the core temperature. The overall procedure takes a few minutes after which, you can use the phone normally.

Verify the charger and the cable

Most of the people would use any charger or cable available at disposal to recharge the phone but believe it or not, this is not the right practice. The original charger provided to you with the phone is made especially for that particular phone model with proper amperage and voltage that the phone requires to charge the battery. The phone will heat up if the user uses a third-party charger or borrow it from a friend as the amperage and voltage could be different. There are several other charger and cable-related issues too which is why experts recommend user to use the only the original charger.

Bring down the brightness settings when not required

This is a practice that will bring down the strain on the battery and thus, relieve your phone from overheating. You must tweak the brightness settings where you must keep it low when not required or during the night and set it to moderate or high settings during daylight.

Check if any third party app is problematic

Turn on Google Play Store on your Mobiistar smartphone and you’ll find millions of apps at disposal. These are third-party apps that can have varied functions and uses based on the user’s requirements. But not all these apps are good for your phone. The thing is, third-party apps might introduce bugs or errors that can have adverse effects such as it can slow down the phone, the bugs can spike an app or say, multiple apps to consume more power and thus, increase the work done and increases the heat generation that leads to higher core temperature. This is why experts recommend user to keep those apps that are trusted and can be updated to fix any issues.

Apart from the bloatware or the pre-installed apps that cannot be uninstalled from an Android smartphone without rooting permissions or specialized apps, there are a bunch of third-party apps that user will download but never use it. These are unwanted apps which must be expelled or uninstalled in order to relieve the excess strain on the system and decrease the probability of overheating problem that your phone is facing right now. You can check out the list of all downloaded and pre-installed apps at Settings >> Apps and then, press the Uninstall button on each individual apps to uninstall it.

Cache files are actually pieces of data stored by the system that enables the user to access an app or website or any service without taking too much time to load or process. But if it’s corrupt, it can have an adverse impact on the phone and how it works where it can slow down the phone considerably or cause hosts of various issues such as wifi problems, GPS problems, overheating problem, etc. There are basically three methods of clearing cache from the system but the moment you perform all these three methods, you’ll notice a boost in the performance.

The third method requires the user to access the Recovery Mode on their Mobiistar smartphone for which, the method is explained below.

Also known as Hard Reset or Master reset, if the overheating problem that you have been facing is due to a software failure or issue, this method will fix it all while also formatting the phone to its original factory settings. You need to access the recovery mode for which, the procedure is the same as the previously prescribed method. Once you have accessed the recovery mode, tap on ‘wipe data/factory reset’ and then, confirm the actions and its done.