With the release and unveil of the Google latest Android OS, the Android 10, we are finally getting the system-wide dark mode as an in-built feature on the OS. Moreover, if we talk about the features that this new OS has, it will take an entirely new post to do so. However, the one function that has been one of the most talked-about is the Dark Mode. Before the launch of Android 10, Google kept rolling out updates for allowing users to use Google Apps like Google Photos, YouTube, etc in dark mode. Apps like Google Play Store, Maps, and Gmail all are going ahead with the lighter accent (on Android 9 Pie). Fortunately, in this post, we bring to you a guide on how to get dark mode on the Gmail App.

However, on devices running on Android 10, the Google Play Store and Google app has received the dark mode update. Now, taking this forward, Google rolled out an update version v2019.08.18.267 for the Gmail app that includes the dark mode. But, hold that excitement! as this feature when I personally checked was not available for me and most of the users. But, in this post, we will guide you on how to force the Gmail app to enable dark mode on your device and will give you the link to download the latest Gmail application as well. So, without any further ado, let us get straight into the article itself;

Fix Gmail Promotions and Social No Connection error in iPhone 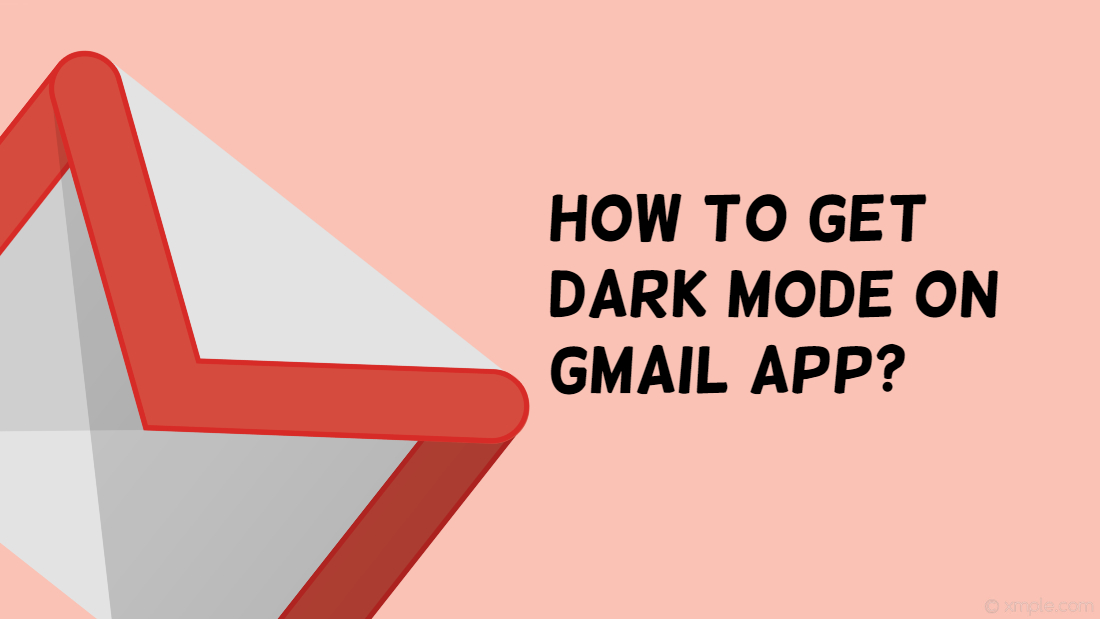 How To Get Dark Mode on Gmail App?

As already stated the new dark mode feature has been rolled out for the Gmail app users on any Android 10 based devices. However, there is a way via which you can enable the dark mode on the Gmail app. But, you need to have a rooted device in order to do so. So, follow the below steps carefully;

Note that this method will work only for device with root access. So make sure that you have your device rooted.

You can check out the screenshots below to get a sneak peek at how the dark mode look on the Gmail app;

So, there you have it from my side in this post. Note that this will only work on Android device with root access. If you do not have root on your device then, you should probably wait for the official update to roll out that carries the Dark mode for the Gmail app. Let us know in the comments if you were successfully able to get the dark mode via the above-mentioned method or you have received the Android 10 update for the Gmail app. Until the next post…Cheers!