After the launching of Android 10 (aka Android Q) officially by Google in September 2019, most of the smartphone OEMs are trying to deliver the latest software update to its devices a lot faster. However, the heavily customized skins like One UI, ColorOS, EMUI are taking a longer period of time than expected. Now, coming to the Huawei device users, the company has started its Android 10 beta testing program on the top of EMUI 10. Now, Huawei users can install EMUI 10 using the HiCare app officially.

Though the Huawei P30 series and Mate 20 Pro users were started receiving the global EMUI 10 update, the broader roll-out hasn’t completed yet. If you’re using any of the Huawei P30, P30 Pro, Mate 20, Mate 20 Pro, Mate 20 X, Mate 20 RS Porsche Design, and Nova 5T devices, you can grab the EMUI 10 OTA update via the HiCare app for now. 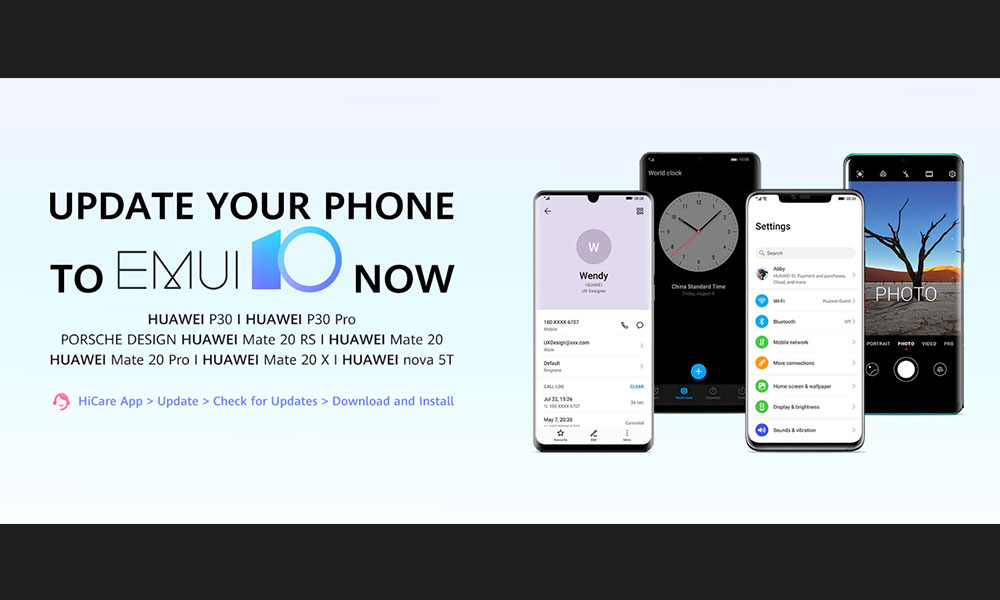 If you’re using the Huawei handset and want to upgrade your device to EMUI 10 faster, then you should check for the OTA update manually. In order to do that:

Go to the Settings menu on your device > select System > then tap on System Update. If the latest EMUI 10 update is available on your device, follow the on-screen prompts and upgrade it.

EMUI 10 is now available on the HiCare app. Huawei has officially announced on Twitter that a couple of devices can be updated to EMUI 10 via the HiCare app. You can check out the mentioned device models above.

There are plenty of issues present in the current EMUI 10 update that you should know before upgrading your handset.

Now, follow all the pre-requirements at first for a smoother update process. 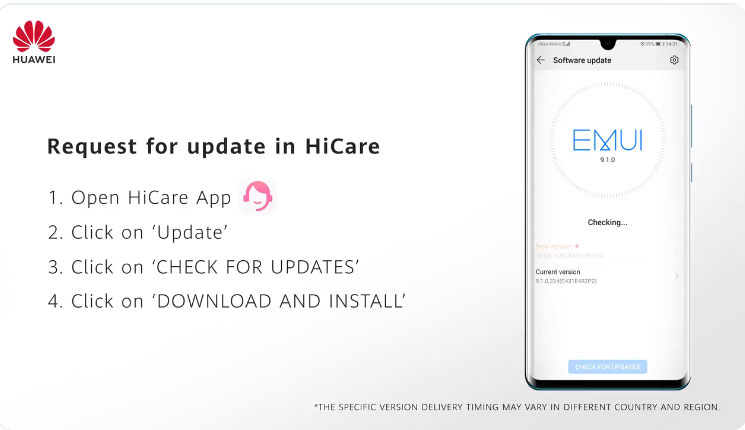 You have to follow some easy steps such as:

We hope that this short and informative guide will help you to upgrade your Huawei device to the EMUI 10.0 version easily. For any queries, feel free to ask in the comments below.