New updates added on February 8, 2020: Now the Nvidia GeForce APK can be used in India as well. Although the app is restricted to be used in the US, with this guide you can use right away in India. Follow the steps below, to use GeForce in India:

You can now enjoy Nvidia GeForce in India with a few simple steps.

Moreover, with the Nvidia GeForce, you can play and stream your existing library of games which you cannot do on Google Stadia. The games will be directly streamed from the cloud while the Nvidia RTX card-powered servers will take care of the rest. This eventually means that you will be able to play high-end games on your smartphones without the need for high-end hardware. But, it would depend mostly on the internet speed that you have.

However, note that the Nvidia GeForce is currently only available in South Korea on LG U+ and soon will arrive to other regions as well. You can go ahead and check the Nvidia GeForce for Android on your device and let us know in the comments below how was the experience with it.

Cloud gaming is the recent trend among the gaming fraternity that includes the companies involved in manufacturing gaming devices. Many of the companies like Google with their Stadia Cloud Gaming and Microsoft with their Project xCloud are pushing hard to develop cloud gaming. Moreover, not only the games, gaming companies are trying really hard to make everything connected via cloud even the hardware with which you play.  Another processor giant, Nvidia, has joined the bandwagon of making cloud gaming more feasible and accessible. The GeForce Now, arguably the strongest of all the cloud gaming development you might have heard has made it available for Android devices. In this post, we will share with you a guide on how to install GeForce Now APK on any Android device and play Nvidia games cloud gaming.

This will not only revolutionize the gaming world but also give the gamers and the users a whole new level of gaming experience. The Nvidia GeForce Now is available in Beta for PC but now you can have a go at Android devices without the need to upgrade any of the hardware segment. The Android APK is known as the Nvidia Games and is the same to that of the GeForce Now. Moreover, with the help of the Nvidia Games app, you can stream your PC games from a cloud-based gaming server to your Android device. This is an awesome way to enjoy high-quality gaming content on your Android device on the go. So, without any further ado, let us get straight into the article itself; 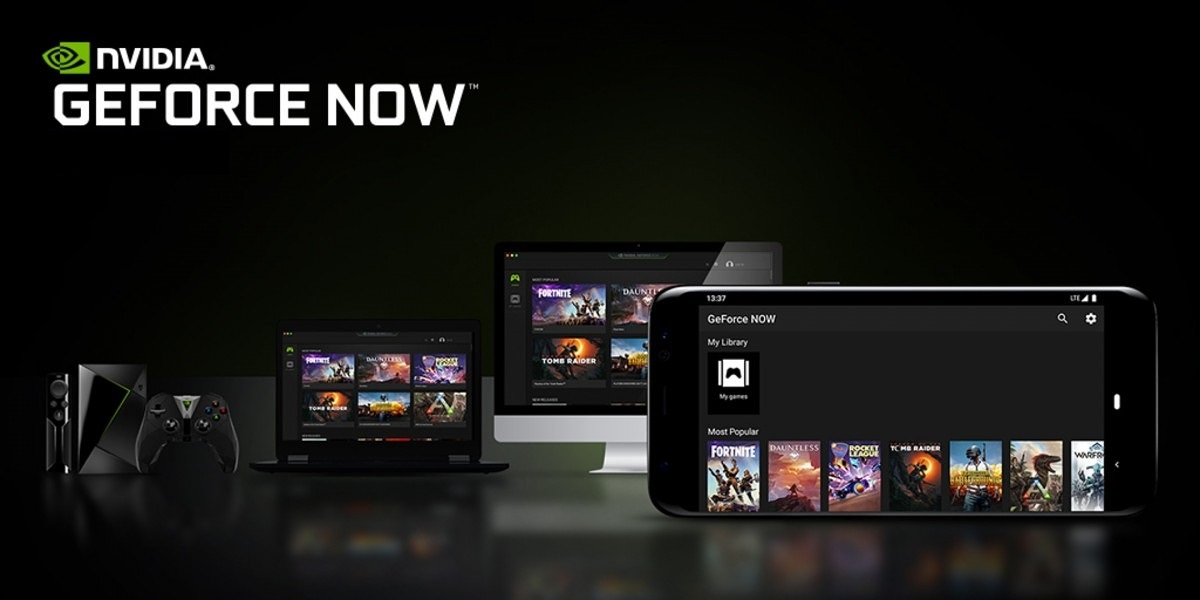 You can use this guide if you have any device like a smartphone, tablet, or even smart TVs running on Android. The GeForce is a cloud-streaming service offered by Nvidia provides the users of Android an epic gameplay experience as you can now play your favorite AAA titles on your Android device. Besides, you can play games in 1080p and even some titles can be played in 4K as well. With the Nvidia Games APK, you get features like;

So, there you have it from my side in this post. Hope you guys liked this post and were successful in installing and using the Nvidia Games APK which is the same as the GeForce Now APK which is due to launch officially for the Android devices later this year. Note that you need to have a pretty decent internet connection in order to play the games seamlessly or you will notice lags during gameplay. Let us know in the comments below if you faced any difficulties in understanding any of the above-mentioned steps or come across any link failures. Until the next post…Cheers!