Samsung Galaxy Tab S6 is the new successor of Tab S series in the market which launched in July 2019. It sports a 10.5 inches Super AMOLED display, Snapdragon 855 chipset, 7040 mAh battery, 256 GB storage and 6/8GB of RAM. Here in this guide, we will share with you an in-depth guide to Unlock Bootloader on Samsung Galaxy Tab S6. Similar to the Android smartphones, Samsung Galaxy Tab S6 handset also comes with a locked bootloader. Therefore, it can be unlocked easily with a few steps, which mentioned below. 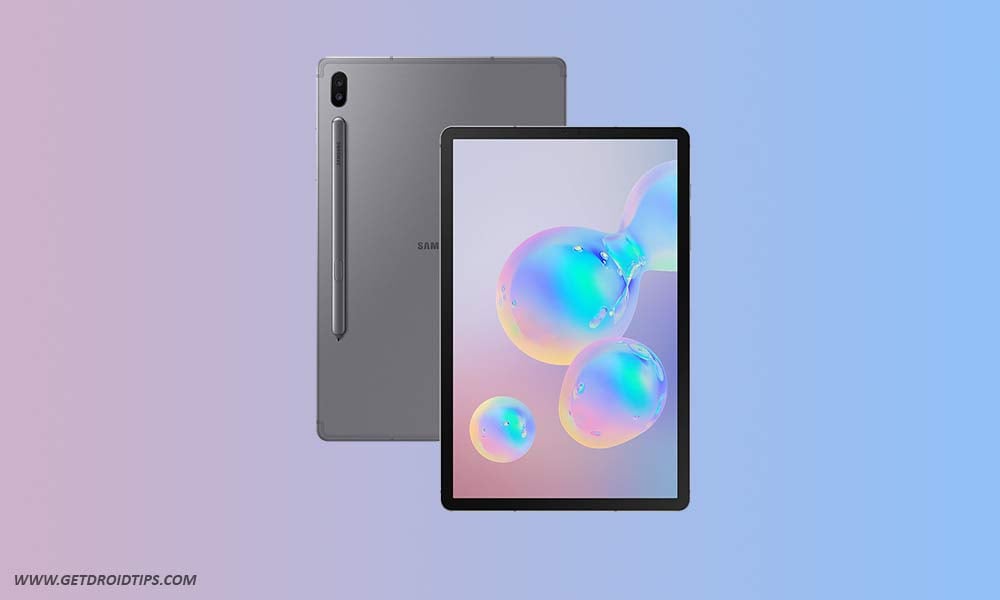 Before heading to the process of unlocking bootloader of Galaxy Tab S6, let’s take a quick look at the device specification:

The tablet is powered by a Qualcomm Snapdragon 855 chipset coupled with 6/8GB of RAM and 128/256GB of internal storage. It also supports an external memory card. The device came out of the box with Android 9.0 Pie under One UI and backed by a 7040 mAh battery (Non-removable).

As far as the camera concerned, the device has a Dual-camera setup with 13MP + 5MP primary sensors and a selfie camera with an 8MP lens. Other connectivity option includes GPS, Glonass, Bluetooth, Mobile Hotspot, accelerometer, ambient light sensor, gyroscope, proximity sensor, and compass/ magnetometer. etc. The Samsung Galaxy Tab S6 comes with a fingerprint sensor under the display.

So, guys, this is how you can unlock the bootloader on your Samsung Galaxy Tab S6. After unlocking the bootloader, you can flash custom ROM, install TWRP, or any other task you want. If you are facing difficulty in any step, then let us know via the comment box below. We will be happy to help you out.