ViPER4Android is one of the most useful Audio equalizers or mods for Android devices. It offers system sound customizations without any restriction and easily available, developed via XDA Developers. Here in this guide, we will share with you the guide on how to install ViPER4Android v2.7.0.0 on Android devices. The best part is that any of the Android devices running on Pie, Oreo, Nougat, and Marshmallow will be eligible for this Mod. Some of the third-party music players offer custom audio equalizer and some of the devices come with Dolby ATMOS as well. Similarly, the ViPER4Android is a fully-featured sound mod made by the XDA Developers team.

How to Install ViPER4Android on Android 10 Q Devices

Meanwhile, if you have rooted your Android device either via Magisk or SuperSU tool, you can easily install the ViPER4Android mod. But before going into the installation process, take a look at the ViPER4Android features and changelogs first.

You can individually tune the sound settings of headphones, speakers, or Bluetooth devices with the Viper4Android mode. But the app requires rooted Android device and you can easily install the Viper4Android Xposed Module directly from Magisk Manager. It’s free to use tool and most of the users prefer to use it over Custom ROMs.

Here are some of the prominent features of Viper4Android, courtesy XDA: 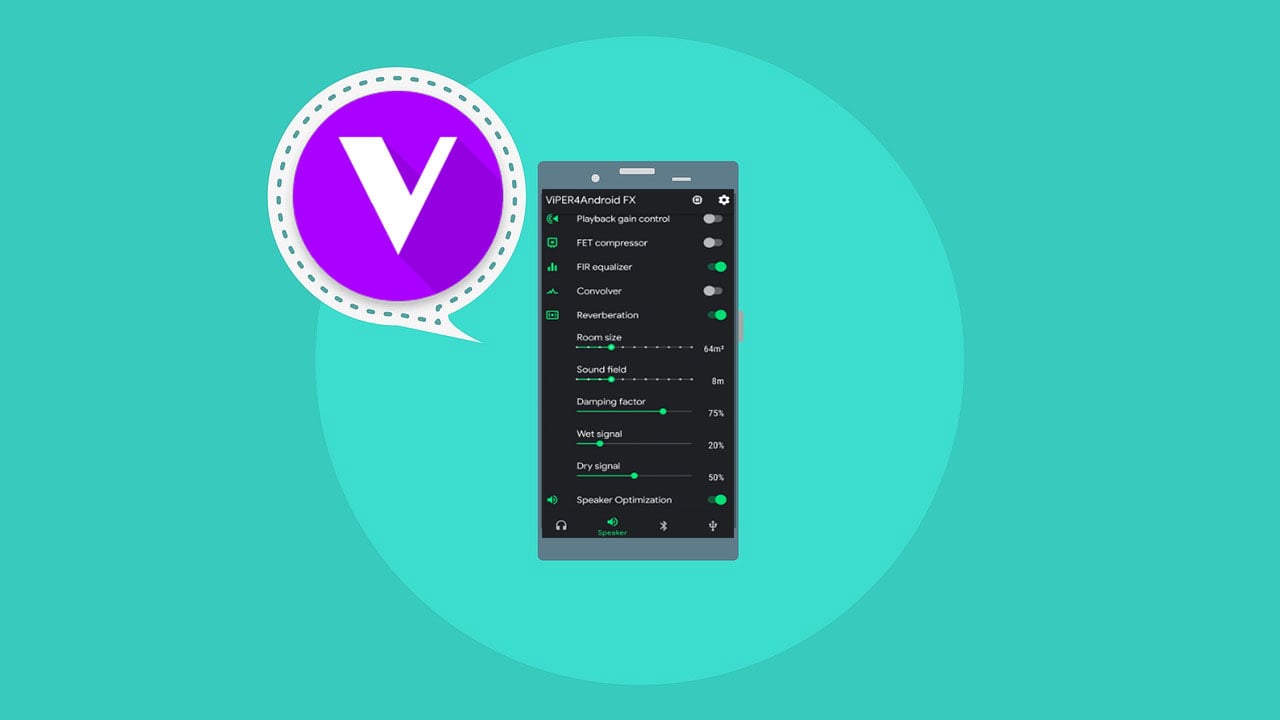 ViPER4Android (V4A) is an audio equalizing tool to provide a customizable and better sound experience on Android devices. It was founded by ‘ViPER520’ and first introduced on XDA-Developers forum by ‘zhuhang’ back in 2013. The main interesting feature of V4A is that it allows the user to tweak the sound for headsets, Bluetooth, or USB connected devices.

The developers are constantly working on this software and adds support for Android devices with all latest versions respectively. A couple of years ago, the developers have also released a Magisk Module to install ViPER4Android on the rooted Android devices.

The updated version v2.7.0.0 comes with a new Material UI that looks clean and offers some of the extra features as well. Some of the stability issues and bugs also fixed with further updates. You can check out the complete changelog of V4A from below. Otherwise, skip it to get into the downloads and installation process.

You just need to download and install the APK file just like any other third-party Android applications. You don’t need to flash or extract the zip in this case. That’s cool. Isn’t it?

After installing the APK file, you need to run and configure it in order to use this mod effectively. The app will work on any Android device running on Android 6.0 Marshmallow or higher and supports up to Android 9 Pie till date.

Please Note: Your device should be rooted via Magisk or SuperSU. Only then proceed. You just need to register and sign in on XDA Developers to download the APK file. That’s important.

As we already mentioned that it requires root access on your Android handset. So, make sure to root your device at first via SuperSU or Magisk tool. Then you can follow the installation and configuration steps mentioned below:

We assume that you have successfully installed the ViPER4Android tool on your Android device easily. Feel free to comment down below about your thoughts or queries.