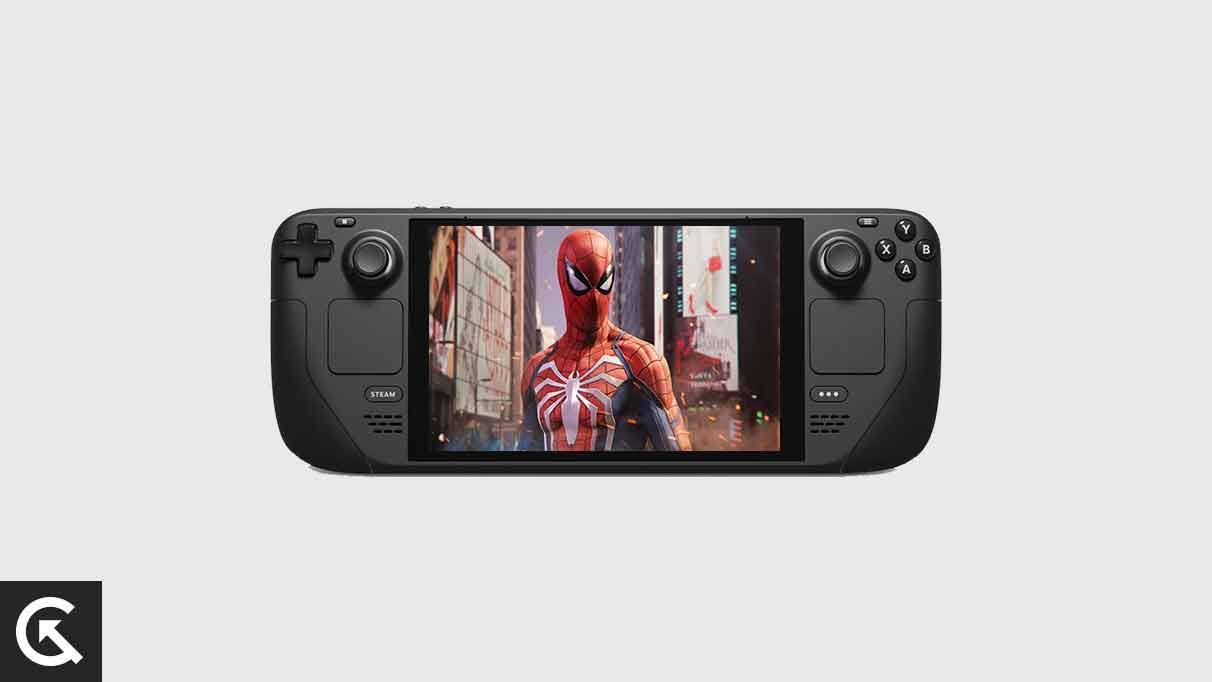 If you’re still encountering the startup crashing or the game not launching issue on Steam Deck, follow this troubleshooting guide to resolve it. Here we’ve shared a couple of possible workarounds for you that should come in handy. So, without wasting any more time, let’s get into it.

If you’re still facing the same issue, then make sure to force restart the Steam Deck by following the steps below to clear out any potential glitches or system-related conflicts. Sometimes you may need to use the force reboot method if your Steam Deck is powered on but unresponsive or stutters a lot. To do this:

An outdated SteamOS version can trouble you a lot regarding bugs, stability issues, security issues, etc. It’s better to check for SteamOS updates on Steam Deck manually by following the steps below.

It can also be possible that the outdated game version is conflicting with the system to run properly due to some bugs. You should check for the game update by following the steps below.

You should also check for the available data storage space on your Steam Deck because low disk space can cause several issues with the Marvel’s Spider Man launching and performance. Just press the Steam button on Steam Deck > Go to Settings > Choose Storage. If the available storage space becomes low, delete or uninstall unnecessary apps/games from the console to free up some space.

Sometimes a corrupted MicroSD card on the Steam Deck console can also cause multiple issues, with the Marvel’s Spider Man game crashing during startup. It’s worth mentioning that you should fully format the MicroSD card before start using it with your Steam Deck. To format a microSD card:

Note: Any UHS-I (class 3 or better) microSD card is supported. Steam Deck does not support UHS-II. If your MicroSD card is older enough or gets corrupted often, it’s time to get a new One.

If you have somehow disabled the Cloud Synchronization feature earlier on your Steam Deck, then you should enable it to properly cloud sync the game with servers.

It’s also highly recommended to forcefully change the Proton version on the Steam Deck by following the steps below because it can greatly impact the game launching or performance.

Check whether your Deck is verified or not for the Marvel’s Spider Man game to play seamlessly without further modifications. The Steam ‘Deck Verified’ system has four categories to indicate how well games will work on it. If a game is Playable or Unsupported, you can see what requirements of Verified are not currently met by referring to the Steam Deck Compatibility section on the game’s Steam Store page.

It’s better to uninstall and reinstall the Marvel’s Spider Man game on your Steam Deck by following the steps below. The chances are high that reinstalling the game might fix several conflicts or issues with launching for sure.

You should also perform the factory reset method on Steam Deck to delete all the data and settings to the default state. It can also help you to fix crashing issues with the game. To do so:

If none of the methods worked for you well enough, then contact Steam Support to create a support ticket. The chances are high that Steam support will assist you further on it.