Microsoft Teams is one of the popular and proprietary business communication platforms from Microsoft itself as a part of the Microsoft 365 family. Microsoft Teams basically offers video calls, chat systems, meetings, files, tasks, calendars, and more. It also includes a media player for opening or playing media files. However, it seems that plenty of users are facing issues with Microsoft Teams Images, GIFs and Videos Not Showing, Loading or Playing.

Well, apart from the Microsoft Teams’ features, the virtual meeting tools & cloud-based file sharing option allows users to share and open media files like images, GIFs, or videos quite easily via the app integration. But the chances are high that somehow Microsoft Teams software isn’t working properly due to software glitches or app cache data issues. Whereas the images, GIFs, and videos not showing, loading, or playing issues are one of them. 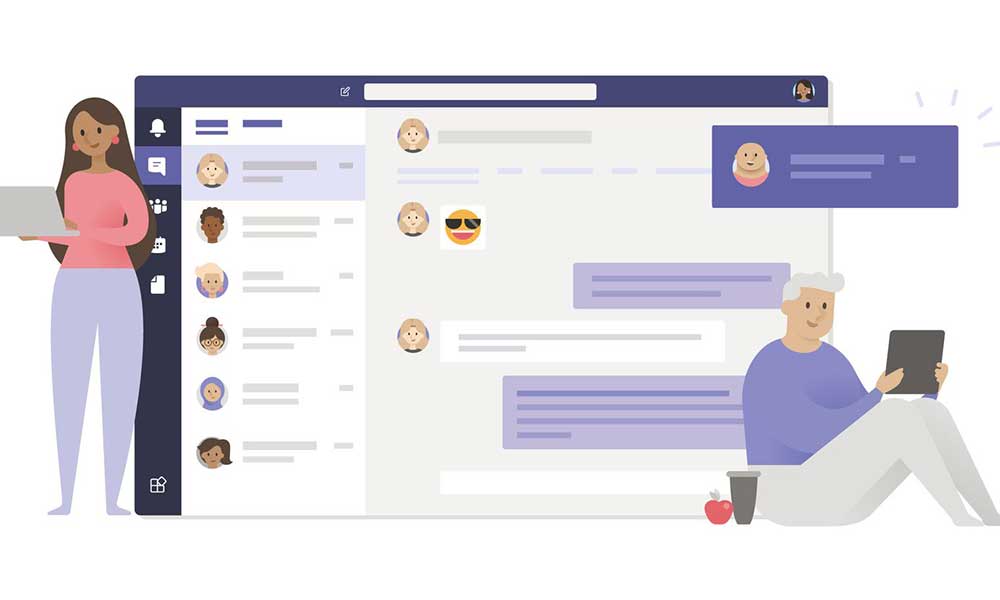 Here we’ve shared a couple of possible workarounds for you that should be going to help a lot. Make sure to follow all the methods one by one until the problem gets fixed. Now, without wasting any more time, let’s jump into it.

It’s highly recommended to check the internet connection at your end because a poor or unstable network can easily trigger multiple issues whatsoever. You should always test your network signal and speed any reliable net speed checker service like Fast.com or Ookla speed test. If in case, there is an issue with your internet connection then make sure to contact your ISP for further technical help.

You should also check out the official Microsoft Teams Server Status webpage to ensure that everything is running fine. Sometimes issues with the server connectivity can trigger multiple conflicts to join the server and the media files playback-related issues may appear a lot. If in case, there is a server downtime or outage then make sure to wait for a couple of hours and try again. You can also visit the third-party Down Detector webpage to check it.

At the time of writing this article, there are some issues with the Microsoft Teams server in some regions that have been reported by the users on Down Detector. If everything works fine then head over to the next method.

Sometimes issues with the Microsoft Teams application on the computer or mobile device may appear due to the failure to process sent or received data something as images and videos. It’s recommended to restart the Teams client to refresh any kind of temporary glitch whatsoever. To do that:

Outdated software or application on the device mostly triggers multiple issues with the program launching or running properly. You should manually check for the latest update and install it (if any). To do this:

As the user interface and options are the same on the Microsoft Teams app for both Windows and Mac computers, you can follow the steps below for the same devices.

Note: If in case, the Update option isn’t available that means there is no latest version arrived yet.

It seems that the Microsoft Teams app does have some issues with the temporary cache data that need to be fixed manually by following the steps below.

If you’re using the Microsoft Teams web version via Chrome or any other web browser then you can follow the steps below.

It’s also worth mentioning to try using the Microsoft Teams website via the web browser from your respective device to cross-check if the media files are working fine or not. Sometimes a system glitch or app cache data issue can cause multiple errors with the desktop or mobile applications whatsoever.