Minecraft Dungeons is the newest action-crawler game in the Minecraft series. It is available across Playstation 4, Xbox One. Nintendo Switch and Microsoft Windows for download. The crawler-dungeon game is set in the beloved Minecraft universe. The arch-enemy is the Arch Illager. Who used to be a common villager but transformed himself into the antagonist in order to wreak havoc across the universe with his army of monsters. This is where the players come in like heroes to the game to protect the world.

Players will get to experience a pixelated-environment viewed at an aerial perspective as they battle against the monsters, explore tunnels, complete quests, and puzzles. It is noteworthy to mention that Minecraft has a very strong child-fan base. The base variant of the game is inexpensive, and players can pay to get access to additional content and skins. Even with large child-fan support, parents would want to know if Minecraft Dungeons is safe for their kids to play with. In this guide, we will find out if it is safe and what the age rating is on Minecraft Dungeons. 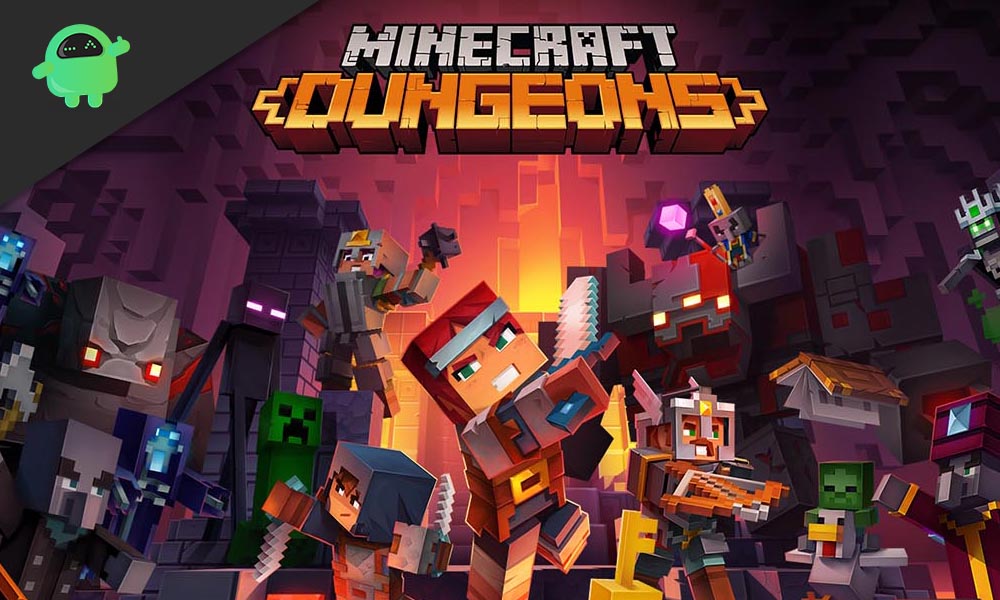 What is the Age Rating for Minecraft Dungeons?

The fighting involved in Minecraft Dungeons does not involve any bloodshed or explicit scenes. Rather, players will see their characters occasionally falling. The game’s design aesthetic makes the characters look like small toy-blocks, thereby significantly down-sizing the gore of the fights.

Minecraft Dungeons is rated as Everyone 10+ by the Entertainment Software Rating Board. The ESRB has approved the game as suitable for all children aged 10 and over. The game received the Everyone 10+ rating owing to its violent fantasy depiction. This means that all players under the age of 10 must be accompanied by adult supervision.

The ESRB’s review concludes that players will engage in combat with an evil force. Even though there are no actual bloodshed scenes of any kind in the fights, there is a presence of ‘fantasy’ combat throughout the game. During the player’s journey, they will come across various hideous creatures like zombies, ogres, golems, and skeletons, each armed with weapons.

Players can make use of bows, arrows, swords, and explosive forces against their enemies. Upon impact, usually, characters will cry in pain for a while until they slowly fade away to death.

Is Minecraft Dungeons Safe For Kids to Play?

Regardless of how bad Minecraft Dungeons might seem on paper. It is not all that violent. In Minecraft Dungeons, players do not get to engage in any form of crafting or development like in the previous editions of Minecraft.

The game supports multiplayer co-op mode. Which means parents can also play alongside their children. With up to 4 players on a single screen, Minecraft Dungeons will be an exciting family fun time activity. By this, parents can also keep on eye on what’s being shown and provide additional support when needed. Moreover, it is not the kind of game that will have children fed up with it within a week or feel like they cannot understand it, which makes Minecraft Dungeons an excellent choice for parents and kids to enjoy together.

Minecraft Dungeons sets a simple and highly engaging environment with exciting visuals and content. Which means it is suitable for children to grow as they play. New quests and expansions to the game will be made through regular updates and patch fixes. These updates are free!

So that’s all, it is for parents to know about Minecraft Dungeons and it’s contents. We hope our guide helped you. If you think the same, consider checking out our best iPhone Tips and Tricks, PC tips and tricks, Games and Android Tips, and Tricks. Moreover, you may also subscribe to our very own YouTube Channel and participate in the $150 giveaway contest. However, if you have any queries or feedback, do comment down below with your name and e-mail ID. Happy gaming!