Oppo A1K was launched in 2019 as an entry-level budget category smartphone running on Android 9.0 Pie on the top of ColorOS 6 preloaded. As the Android 11 stable version will release in a couple of months and it’s been almost ten months to be launched Android 10, the Oppo A1K users are literally waiting for the official announcement that whether the device is going to receive an Android Q update or not. However, some of the Oppo A1K users may ask about the Android 11 update (ColorOS 11). So, here we’ve shared the details about the ColorOS 11 update for Oppo A1K.

Google has released the Android 11 Public Beta in June 2020 after a delay due to the COVID-19 pandemic. Meanwhile, within a month, Google has released the second Android 11 Beta update for the Pixel and Project Treble Android devices officially. Therefore, if you’re one of the Oppo A1K users and want to manually flash the Android 11 GSI build on your handset then you can do it quite easily. However, we will recommend you to take a full data backup at first as the beta build mostly contain bugs. 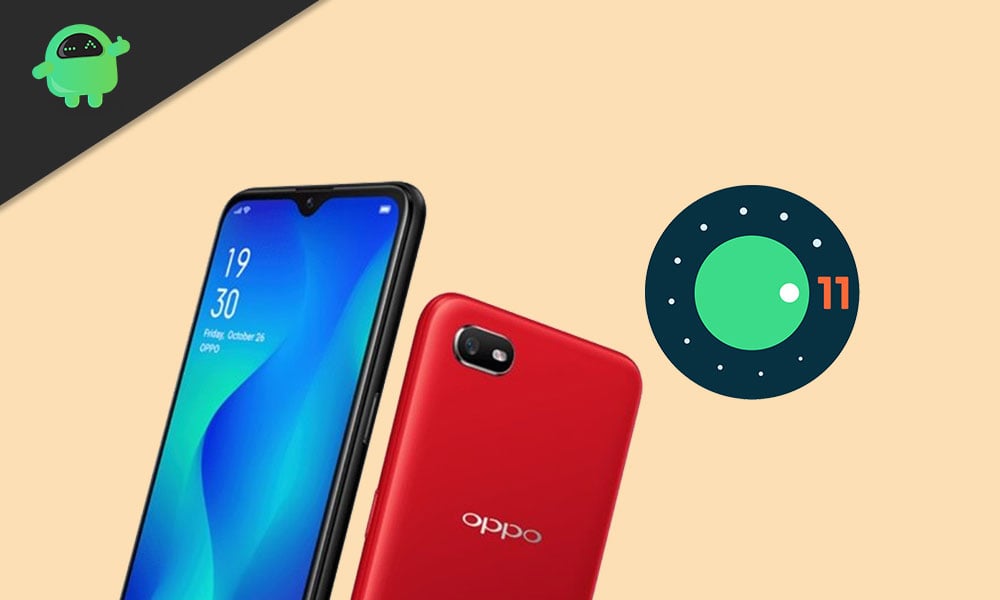 Will Oppo A1K Get Android 11 with ColorOS 11 Update?

Although Oppo devices are eligible to receive two major Android OS updates after releasing, the Oppo A1K hasn’t received the official stable Android 10 update yet on the top of ColorOS 7. So, it’s something quite unexpected from a popular OEM like Oppo. However, we can assume that the company will definitely gonna push the Android 10 official update to the Oppo A1K model by the end of this year or so.

But when it comes to the Android 11 (R) update, we don’t think that the device will gonna receive the ColorOS 11 update anymore. Because that also requires hardware compatibility, which may not be up to the Oppo A1K model’s mark. There is no official confirmation available yet by the company, and we have to wait for it. Till then, you can stay tuned for more info, and you can also bookmark this page.