The Chinese OEM Oppo is one of the popular smartphone brands that offer budget and flagship-grade devices with best in class camera quality. Both Oppo A9 and Oppo A9X was launched in 2019 with MediaTek Helio P70 SoC, Android 9.0 Pie out-of-the-box. Currently, most of the Oppo A9 and Oppo A9X users are talking about the Android 11 update as the upcoming Android OS is a couple of months away. So, the respective device users are getting so much excited about whether their devices are gonna receive the upcoming Android update or not. If you’re also one of them, check this article.

Now, talking about the Oppo’s custom skin, the ColorOS 7 based on Android 10 is the latest software version. While once the Android 11 will release in September 2020, Oppo will gonna release ColorOS 11 update for its eligible devices based on the Android 11 (R). Currently, the Android 11 Second Beta version has been released for the Pixel devices and Project Treble devices.

However, if you want to use the Android 11 beta right now on your handset then you can check out this guide to flash the Android 11 GSI build. Although the Beta channel may have some bugs or stability issues in order to use it as a daily driver. Therefore, we will recommend you to either wait for the official stable release or take a full backup before doing anything. 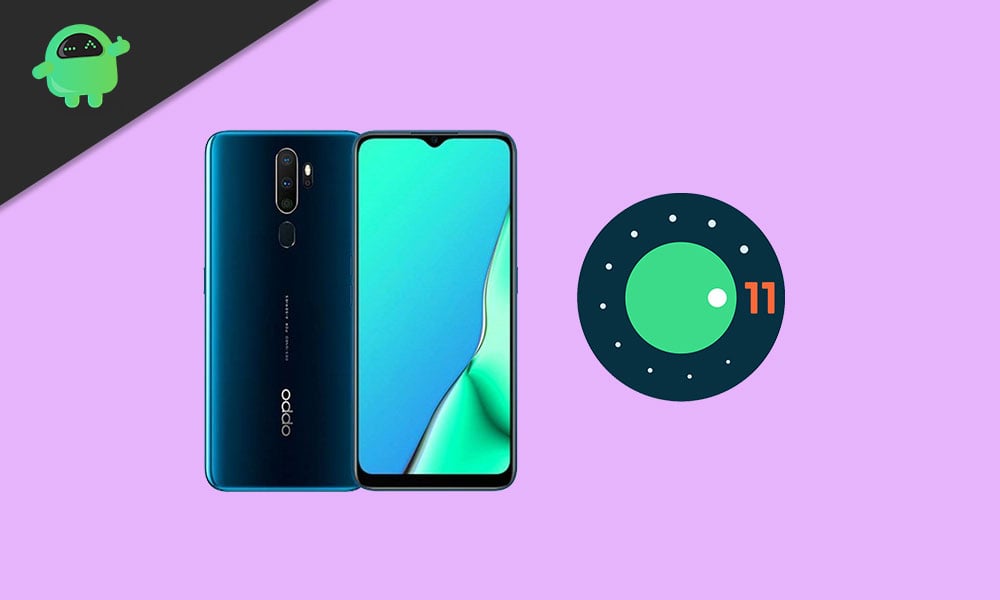 Updated on December 07, 2020: Oppo A9 received the November 2020 security patch with software version CPH1938EX_11_C.33. The update is still based on Android 10 and brings nothing new except the security patches. According to the Oppo India tweet, the device will receive the Android 11 on December 23rd.

Updated on October 17, 2020: Today Oppo started rolling the September 2020 security patch for the device and there is no info when this device will receive the Android 11 (colorOS 11) update.

Both the Oppo A9 and Oppo A9X devices were launched with Android 9.0 Pie over ColorOS 6 preloaded and have started receiving the official stable ColorOS 7 update based on Android 10 in July 2020. Now, according to the Oppo officials, all the Oppo devices are eligible to receive the two major Android updates for sure.

That means there is one more major Android OS update that’s pending for the Oppo A9/A9X models like Android 11. However, there is no official announcement made yet by the company. All the interested users may have to wait further. Till then stay tuned for more info.