OPPO has unveiled its new OPPO F15 (Model: CPH2001 ) which is the successor of the last year’s OPPO F11 series. The brand confirms that there will be no “Pro” version for the new device. Because if they release a “Pro” version it will directly compete with their own OPPO Reno 2F. The brand aims at the youth with their new smartphone. Here we will know whether the Oppo F15 will receive the official Android 11 (ColorOS 11) update.

Google has finally pushed the Android 11 update to all the Pixel devices(except the first-gen pixel). The update was first released on September 8, 2020, and also supported many OEMs alongside the Pixel devices. With Android 11, Google has introduced many new features and improvements.

You landed up to this article with a question that what is the status of Oppo to push the Android 11 to the newly launched Oppo F15. Well, then go through this article, and by the end of the article you will be able to clear all the doubts regarding Oppo F15 Android 11 (Android R) Update Status, either it is Android 11  official update or Android 11 Beta update. 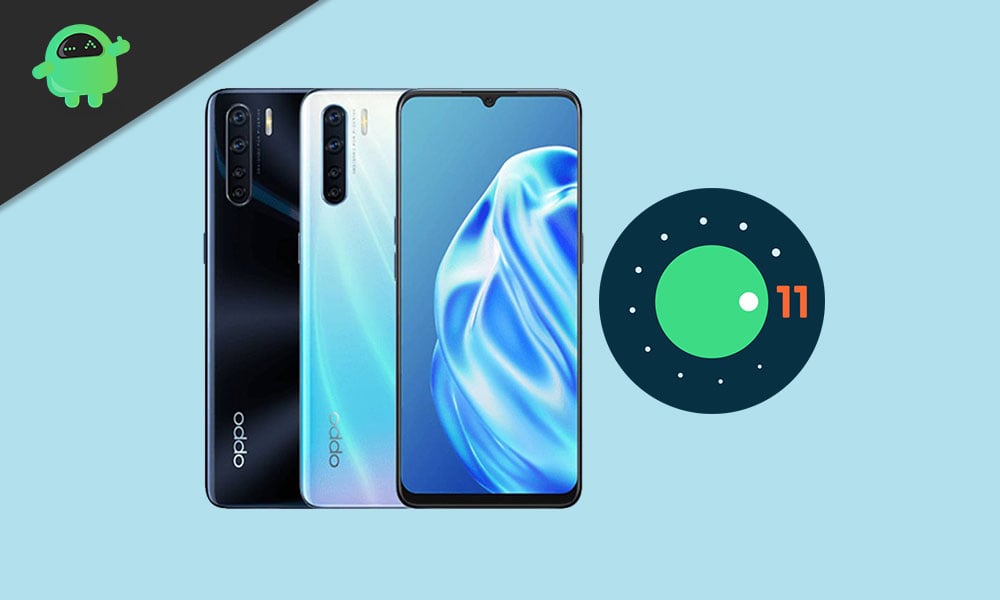 The OPPO F15  sports a 6.4-inch FHD+ AMOLED display with a tiny notch. The device has an aspect ratio of 20:9 and the display supports DC Dimming 2.0. Corning Gorilla Glass 5 protects the smartphone. This AMOLED display also houses the in-display fingerprint 3.0 sensor. The device has a screen to body ratio of 90.7%. MediaTek’s Helio P70 chipset which couples with Mali-G72 MP3 GPU powers the smartphone. The device comes with Game Boost 2.0 tech, which claims that it can provide users immersive gaming experience. The chipset pairs with 8GB of RAM and 128GB of internal storage. This is further expandable via a microSD card.

The OPPO F15 sports a quad rear camera setup which is aligned vertically to the top left of the smartphone. This quad-camera setup includes a 48MP primary sensor which couples with an 8MP ultra-wide-angle lens. It also includes a tertiary 2MP macro sensor and finally a 2MP depth sensor. To the front, it has a 16MP camera that sits inside the tiny notch. The smartphone also features for few AI enhancements in the front and rear.

The OPPO F15 packs a 4,000 mAh battery which ships with 20W fast charger. The device has support for VOOC 3.0 Flash Charge. The smartphone still runs on OPPO’s ColorOS 6 which is based on Android 9 Pie. The brand confirms that the ColorOS 7 update will roll out in February.

The device comes in Lightening Black and Unicorn White color options. The phone comes with a thin and light body and weighs around 172 grams and has 7.9mm of thickness. OPPO F15’s pricing starts at Rs 19,990 for the single 8GB + 128GB variant.

Updated on December 07, 2020: Today Oppo rolled the December 2020 security patch for the device with software version CPH2001PUEX_11.C.47. The update is still based on Android 10 and no major changes except the security patches. Oppo announced the Android 11 timeline for their latest smartphone.

Well, Oppo only promised the beta update of Android 11 to Oppo Find X2 and X2 Pro. Regarding the official Android 11 Update for Oppo F15, there is nothing to worry about, the device will surely receive the update. According to the CMO of Oppo, almost every Oppo device gets at least 2 major software updates. Since Oppo F15 was launched with Android 10 out of the box, and it will receive the next 2 major updates; Android 11 R and Android 12.