The Chinese giant OPPO has been quite popular through the Find Series. The brand has recently unveiled the new Find X2 series. The base model, i.e., the Find X2 Lite comes with Snapdragon 765G, this means it has 5G connectivity onboard. It packs 8GB RAM, 128GB storage, and 4025 mAh battery with VOOC 4.0 support. The device came out of the box with Android 10 (ColorOS 7.2) update. Here we will know whether the device will receive the official Android 11 (ColorOS 8) update. 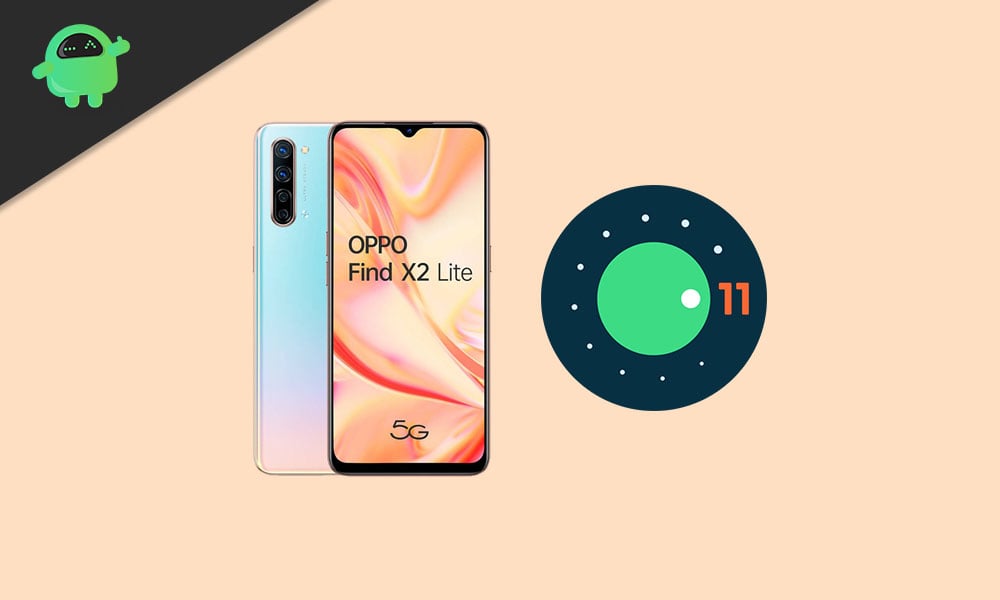 The OPPO Find X2 Lite features a 6.4 inches AMOLED display. With a Full HD+ resolution, and a waterdrop style notch. It has a screen to body ratio of 83 percent, a pixel density of 411 Pixel Per Inch, an aspect ratio of 20:9, and it can blow up to 430 nits. Underneath the OPPO Find X2 Lite, it sports the popular Qualcomm Snapdragon 765G SoC. By the time, this SoC has been used in many smartphones.

This octa-core setup includes one Kryo 475 Prime core, one Kryo 475 Gold core, and six Kryo 475 silver cores. It is built on the 7nm process, and to the GPU side, it sports the Adreno 620 GPU. Coming to the memory options, the device sports with 6, and 8GB of RAM. And to the other side, it sports 128GB of UFS 2.1 onboard storage. There is an option for expanding storage.

The OPPO Find X2 Lite packs a 4,025 mAh battery and comes with support for 30W VOOC 4.0 (50% in just 20 minutes). This smartphone runs on the Color OS 7 that is based on the Android 10. The biometric options include an in-display fingerprint scanner, and face unlocks. Connectivity options include Wi-Fi 802.11 a/b/g/n/ac/ax, dual-band, Wi-Fi Direct, hotspot. Bluetooth 5.0, A2DP, LE, GPS with dual-band A-GPS, GLONASS, BDS, GALILEO, NFC, USB 2.0, Type-C 1.0 reversible connector. Sensors include accelerometer, gyro, proximity, and compass. It is available in three colors, namely the Blue, White, and Black.

Well, Oppo only promised the beta update of Android 11 to Oppo Find X2 and X2 Pro. Regarding the official Android 11 Update for Oppo Find X2 Lite, there is nothing to worry about, the device will surely receive the update. According to the CMO of Oppo, almost every Oppo device gets at least 2 major software updates. Since Oppo Find X2 Lite was launched with Android 10 out of the box, and it will receive the next 2 major updates; Android 11 R and Android 12.