A big change that came in with the release of iOS 14.5 for iPhones was Picture in Picture mode. This feature was already available on Android devices, and now we have it on iOS devices too. People love having a video playing in a little tab while texting, browsing the internet, or doing something similar to that. But the inclusion of this feature in iOS 14.5 has not worked for every iOS user.

Some iOS 14.5 users have reported that they cannot make use of this newly added picture in picture mode feature. There are several reasons this feature might not work in an iOS 14.5 device, and here in this article, we will take a look at all of them. If you are also struggling to use the new Picture in Picture Mode on your iOS device, this article will help you out. So without any further ado, let’s get into it. 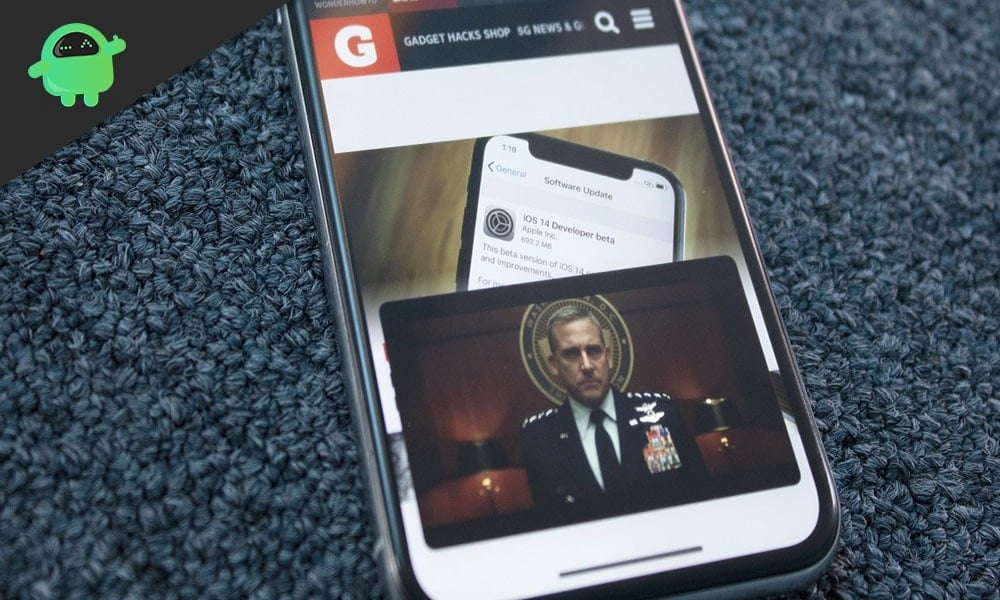 How to fix Picture in Picture Mode Not Working Issue in iOS 14.5?

How to enable it and use it:

Once you have a video playing in the picture in picture mode, you can pinch outward on the video to make the floating window larger or pinch it inward to make the floating window smaller. You can even drag it to the left or right edge of your screen, and that will make it disappear. You can make it appear again by tapping the pull-tab arrow button. Tapping on the enlarger icon in the top right corner of the floating picture will return it to its full-screen mode, with that particular application taking up the whole screen.

To make things simpler, we have compiled a list of compatible applications with the Picture in Picture Mode.

The Picture in Picture Mode in an iOS 14.5 device only works in these applications.

Turn Picture in Picture Mode On:

Some users could solve all problems related to the Picture in Picture Mode simply by turning the feature Off and then On again in the phone’s settings. So it would be best if you gave this feature restart method a try too.

Now check whether the Picture in Picture Mode not working issue is resolved or not. If you are still having problems, then try the next potential solution.

Force restart has been a default software problem solver for man iPhone users over the years. Here, even with the Picture in Picture mode not working, you should try force restarting your iPhone. But first, you need to turn off your device.

To force restart an iPhone 7 or 7 Plus, press and hold the Volume down button and the side button(power button) simultaneously and wait for the Apple logo to show up on your screen.

To force restart the iPhone 6s, 6s Plus, 6, 6 Plus, SE, press and hold the home button and power button simultaneously and wait for the Apple logo to show up on your screen.

You can also try uninstalling the application and then installing it again. This has actually solved many issues faced by the various users with the Picture in Picture mode.

If you face the same issue, even after updating the application, try the following fixes mentioned below.

If none of the solutions mentioned above worked for you, then it is time for you to reset your phone to factory default. Resetting the phone will take your phone back to what it was when you first bought it. Yes, you will have to customize your setting again, but if this method works then, you can be sure that the Picture in Picture mode was not working on your iPhone due to setting customization.

After your reset is complete, try using any compatible application in the Picture in Picture mode. If you still can’t get it to work, go for the next possible solution.

There is a possibility that this feature is not working on your iPhone due to a bug in the operating system. If that is the case, then you don’t need to worry at all. Apple pushes out updates to the iPhone lineup multiple times in a year to fix the bugs and feature defects that are bothering some users. So you need to update your iOS to the latest version to make sure you are not affected by any known bugs.

To update your iOS version,

Once you have the latest version of iOS running on your iPhone, you should not face any problems with the Picture in Picture mode.

This is how you can fix the Picture in Picture Mode Not Working Issue in iOS 14.5. If you have any questions or queries about this article, then comment down below, and we will get back to you. Also, be sure to check out our other articles on iPhone tips and tricks, Android tips and tricks, PC tips and tricks, and much more for more useful information.