Although Google Pixel 6 and Pixel 6 Pro models has been released a couple of weeks ago after a long wait, it seems that some users are facing a couple of issues with the new flagship devices from Google. Obviously, there are some flaws but the software/hardware regarding issues affect the user experience a lot. Now, if you’re also one of the victims to face Google Pixel 6 and 6 Pro Fingerprint Sensor Not Working or Slow issue, you should read this article.

Even though there are a couple of issues or bugs troubling the Pixel 6 series users, the device unlocking option is bothering them a lot right now. At the time of writing this article, we should mention that plenty of Pixel 6 series users are reporting that they’re encountering issues with the fingerprint sensor unlocking method. Yes! This time Google has implemented the on-screen fingerprint sensor unlock but that seems slow or unresponsive. 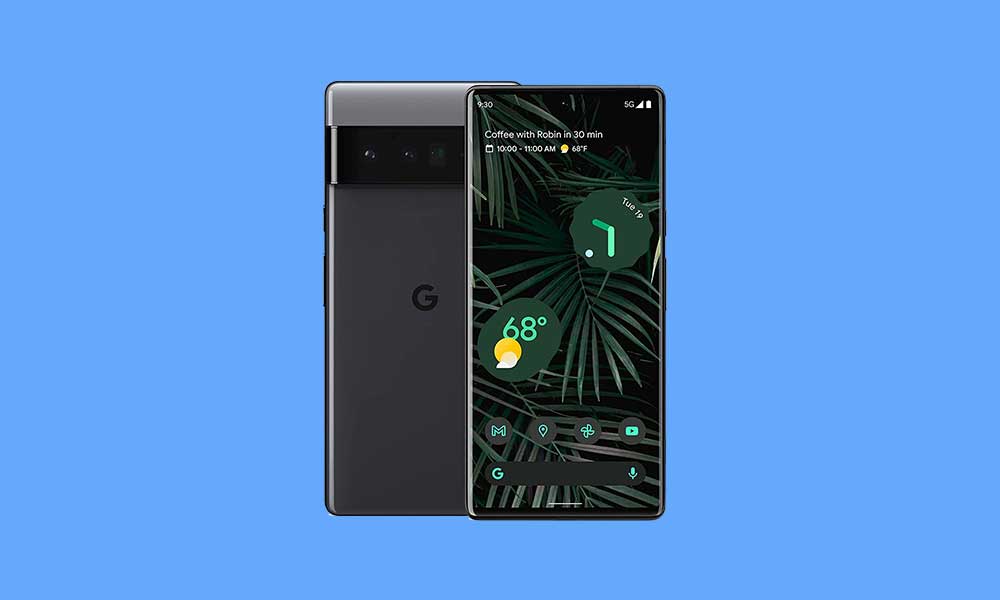 Multiple reports are coming out that the on-screen fingerprint sensor doesn’t work well with such a powerful flagship-grade smartphone from Google. First of all, the fingerprint sensor is too slow as compared to other industry-leading flagship smartphones like the Samsung Galaxy S21 series when it comes to the on-display sensor. Meanwhile, the problem is much bigger because it becomes laggy or unresponsive too or you can say inaccurate sometimes.

Whereas another drawback or disadvantage of having a Pixel 6 lineup device is that it’s doesn’t have a reliable Face Unlock feature like other branded smartphones. For some unexpected reason, Google has decided to not go with the conventional Face Unlock feature on the Pixel 6 series which is a bad move. It’s also worth mentioning that after manufacturing a couple of generations, the Pixel 6 series is the first one in the family to have an on-screen fingerprint.

I love the Pixel 6. But come on @madebygoogle – I can't deal with this screen unlock situation pic.twitter.com/tsP1Fn4yRq

So, the chances are high that there is a flaw in the hardware as well as software level development. Some users are claiming that the lack of experience with the in-display fingerprint sensor on the previous generation of Pixel devices is another major reason behind such a flaw. It basically ruining the user experience of a flagship-grade Pixel device straight away.

Finally had a day where the fingerprint sensor worked okay on my Pixel 6, then put a screen protector on and forget about it 😡

It’s quite weird that some reports are coming out if the battery of the device goes completely flat, the on-screen fingerprint reader can no longer be used to unlock the phone. It even can’t register new fingerprints either. This is one kind of bug that has been reported by several affected users on the official Android Issue Tracker forum.

However, there are a couple of possible workarounds mentioned below that should gonna help you out. So, without wasting any more time, let’s jump into the guide below.

It’s quite annoying for the affected users to unlock the device’s lock screen using a fingerprint reader. Whereas there is no default option for face unlock which is killing the enjoyment of such a good device on the go. Due to this chaos, it seems that multiple users have already started canceling their Google Pixel 6/6 Pro order.

As of now, we don’t whether Google will be able to fix such an issue via future software updates or not. But plenty of users have already started requesting for adding a face unlock feature on the Pixel 6 series via a software update so that they can at least unlock their devices easily. Although using a PIN or pattern lock is there, most of us always require a fingerprint unlock or face unlock the option to make it more convenient.

Hey, @madebygoogle as I eagerly await my Pixel 6, I have a question. Are you able to disclose the reason that we don't have an additional Face Unlock option on the P6? Having both is quite convenient and I'm curious as to why it would not be present.

In reply to the reports, Google has mentioned that “the Pixel 6/6 Pro’s on-screen fingerprint sensor utilizes an enhanced security algorithm for better security. So, these added security protocols may take longer time to verify or may require direct contact with the sensor in some cases.”

We're sorry for the hassle. The Pixel 6 fingerprint sensor utilizes enhanced security algorithms. In some instances, these added protections can take longer to verify or require more direct contact with the sensor. Try troubleshooting steps: https://t.co/uTbifE5Uyo. Thanks. ^Levi

Well, this kind of statement sounds good but when it comes to the real-life usage, delay, or even not working while unlocking the device (flagship one) doesn’t seem good for the users as well as for the OEM. Meanwhile, some other reports are coming out that Google Pixel 6 fingerprint reader is pretty much inaccurate and insecure because it can be unlocked using the fingerprint of someone else.

So, until Google releases a patch fix for this issue sooner or later with proper optimization and security measures, you can’t do anything on it from your side. We will have to wait further. Till then stay tuned for more info.