Pixel 7 and Pixel 7 Pro are improved and fully realized versions of the phones Google unveiled last year. In a new era for Google’s mobile devices, featuring a brand new processor and a bold new design. However, many of them were great devices with some rough edges, but they were ambitious devices with big ambitions. The iteration of the Nexus series has yet to smooth out those rough edges completely, but they feel like worthy competitors to iPhones and Samsung Galaxies.

But, for some users, both these devices create a mesh. Yes, recently, users started reporting that their Pixel 7 and 7 Pro screen becomes unresponsive or freezing, due to which they cannot use their device. This is also why we are here. In this article, we have explained some basic fixes that will help you resolve the Pixel 7 and 7 Pro screen unresponsive or freezing issue. So, let’s check out the fixes:

Google Pixel 7 Pro Camera Not Working After Update, How to Fix? 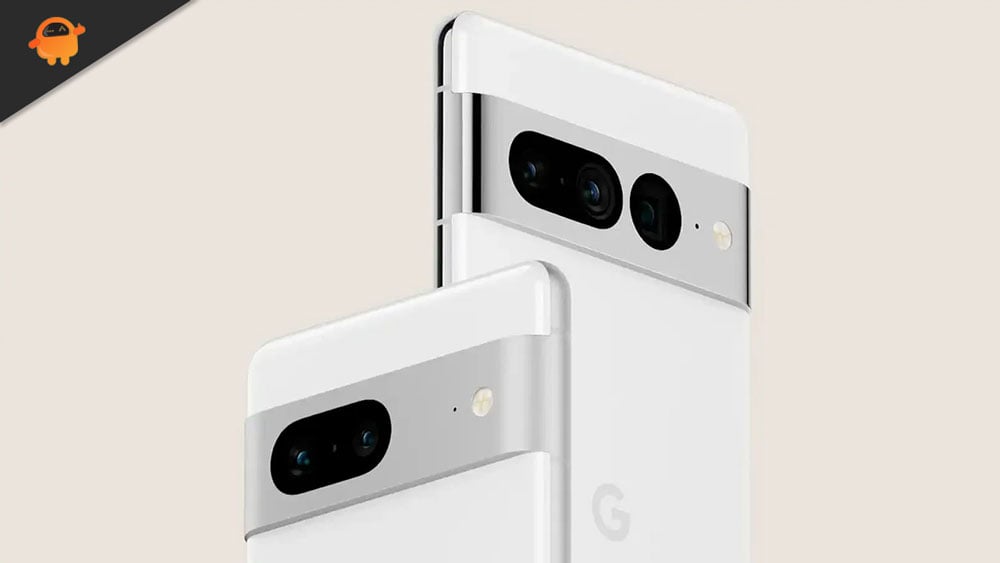 If you have recently purchased the Pixel 7 or 7 Pro and find that the device’s screen has become unresponsive or started freezing, then you must try the fixes we have explained further, as these fixes are known to resolve these kinds of errors. Therefore, let’s check them out and see if these fixes help you, but before that, make sure about these things:

Now, if you have already made these changes, and still getting the error, make sure to perform the fixes mentioned below:

A glitch in the software may cause the issue. If your device is unresponsive or frozen, you might have a black screen on your Pixel 7.

In order to fix this Pixel 7 and 7 Pro screen unresponsive or freezing issue, you must force Reboot your phone. It is possible to restore the normal operation of the device by rebooting and reloading all of its services. There will be no loss of data or apps relating to your personal information.

If you own one, it might be possible to solve the problem with a computer.

Fix 3: Perform a Factory Reset on Your Google Pixel Device

Depending on whether the Pixel 7 and 7 Pro screen is unresponsive or the freezing issue persists, it may be necessary to reset the Android system recovery screen. Backing up your data before attempting a reset is recommended since it will erase everything on the phone.

So, once the factory data reset has been completed, see if the Pixel 7 and 7 Pro screen is unresponsive or freezing issue persists.

There are times when apps downloaded from Google Play can cause the Pixel’s black screen to appear. Your phone won’t work if the app doesn’t work properly with your current operating system.

In order to check if a third-party app is the source of the issue, the Google Pixel needs to be started in Safe Mode.

If the Pixel 7 and 7 Pro screens are unresponsive or a freezing issue does not occur in this mode, you can certainly assume that a downloaded app causes it. It is important that you uninstall the app that is causing the problem. To exit Safe Mode, you only need to restart your phone.

Make sure that both your charger and the outlet are working before charging your phone.

A red light indicates that the battery is fully discharged whenever the phone is connected to its charging cable. Hold the power button for three seconds when you have been away from your phone for 30 minutes, then release it. Here are instructions for starting an Android robot with an arrow surrounding it and “start” on it.

A damaged component may cause this Pixel 7 and 7 Pro screen’s unresponsive or freezing issue, so you should contact your nearest authorized repair centre. In some cases, the phone’s warranty covers the damage, so the cost of repair will be covered.

So, that’s how to fix if Google Pixel 7 and 7 Pro screen unresponsive or freezing issue. I hope this guide was helpful to you. Meanwhile, in case you need more help, comment below and let us know.