If you are new to the game and planning to go on a long way, this Rainbow Six Mobile beginners guide will help you understand the game better to make the most out of it. Since the official launch of the mobile version of Rainbow Six, it has caught some great attention. Inspired by Tom Clancy’s Rainbow Six Seige, Ubisoft’s new 5v5 tactical shooter game has a very strategic approach and hence, brings in a whole new level of competitiveness.

Although not an exact copy, the mobile version does follow a similar game style as the Rainbow Six Seige. And all that has certainly increased the hype of the game. Adding more to it, Rainbow Six does come with a lot to digest. Talk about the various game modes, game maps, Operators, and more, there is a lot to consume.

In this Rainbow Six Mobile beginners guide, we will have a detailed understanding of the objective of the game, operators, game modes, maps, and all the important elements that will actually affect your gameplay in some way. In the end, we will also provide a few tips and tricks that are going to help you survive as a beginner. 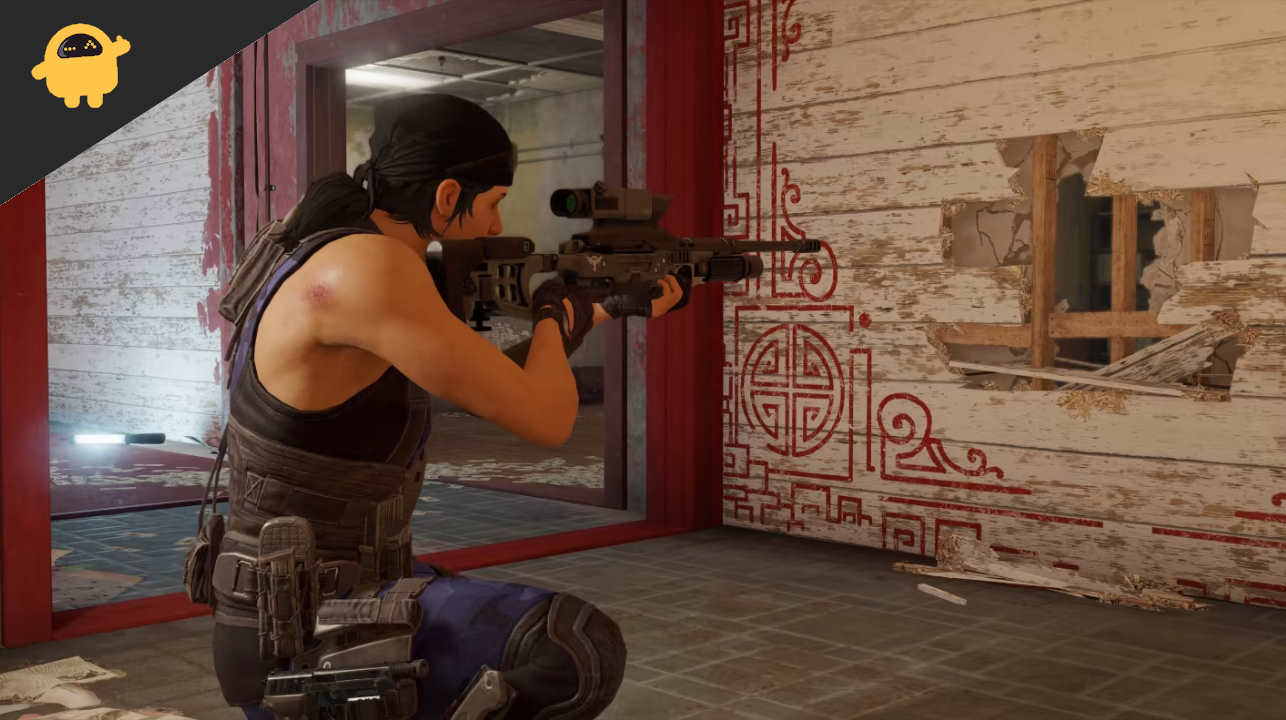 Rainbow Six is a mobile strategy game that could be experienced to the fullest only if you learn to develop and implement the right strategies in the correct way. And to do so, you will first need to understand how the whole game exactly works.

The game’s main objective is pretty easy to understand. Like a Search and Destroy mode, you either need to take all your enemies down or complete a certain task in a given time. However, since it is a strategy game, taking down your enemies will not be possible on every occasion.

So, you must also look towards the alternate solution wherein you will need to plant the defuser and hold the spots. In short, you must learn to develop various strategies throughout the entire game.

Rainbow Six is an FPF shooter game that mainly focuses on its 5v5 PvP gameplay. The matches are further broken down into multiple phases. In Rainbow Six, there are basically two teams consisting of a total of five players. Both teams come in with different objectives and have to battle it out till the end.

As you get into the game, you will be asked to select a game mode. Here the game modes are presented in the form of events. These events are dependent on a timer and with each event, your game maps will also be randomized. The different game modes are further explained below.

In Rainbow Six mobile, there are basically two game modes in Alpha, i.e., Bomb and Secure Area. Let’s see a detailed overview of both modes.

In this mode, two teams raise their fists to defend a bomb from being defused. Otherwise, they intend to fulfill the defusing team’s role. Throughout the gameplay, all the bombs are uncovered around the map so, both teams can locate them easily. On finding the bombs, each team needs to come up with a strategy as soon as possible.

On the other hand, the defending team has to prevent the attacking team from finding and diffusing the bombs. They can do so by plotting traps, or shooting the enemy players who get near the bombs. And the process continues until one side has finally come out victorious.

The Secure Area is certainly different from the bomb mode. In this mode, two teams clash with the intention of controlling a certain objective. Here the attacking team has to take control of the objective for a certain amount of time. If they can successfully hold on to the objective without getting into any trouble from the defending team for the time count, the attacking team wins. 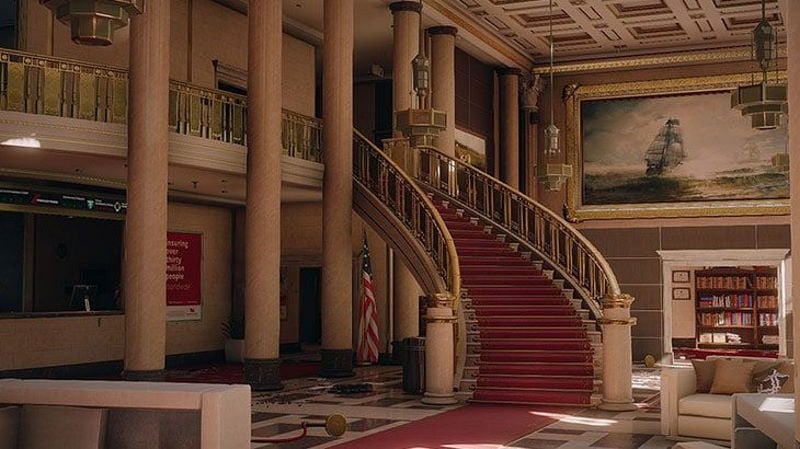 Rainbow Six Mobile features rich game maps full of details and is heavily optimized to offer the best gaming experience. To begin with, there are basically three maps from Seige available in the game. Bank, Border, and Clubhouse are the three available options you will get throughout the game. Each map is designed in a specific way to offer a lag-free experience to the players.

First comes the bank with two floors, a basement, and a roof. Although it seems quite small, there is a whole lot of detail hidden within it. Next, we have the border map which is basically a mixture of old and new constructions and open-air pathways. The open-air pathways make it an open map full of options and a lot of destruction to deal with. And finally, we have the Clubhouse.

Considering the other two, Clubhouse is a recently added map. But you will find it quite interesting to make your next strategic move in here. The place is basically a bar containing polished leather furniture, gaming tables, and so much more. All these details make it a great choice for both the attackers and the defenders. 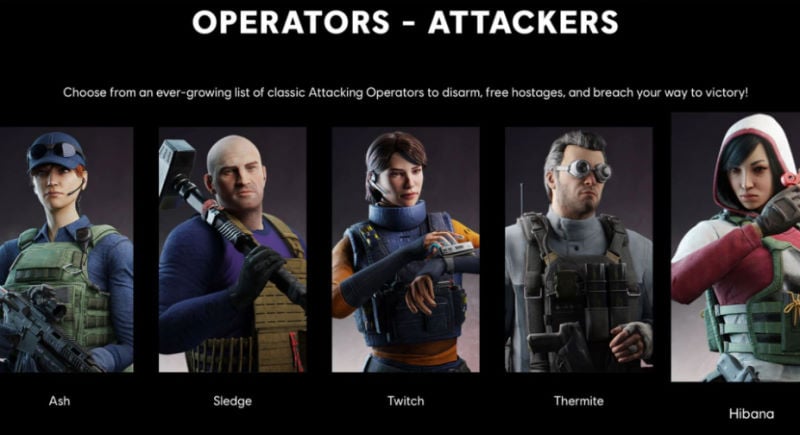 Once you have selected the game mode, you will then be put into a team having a total of four players. The next thing to appear on your screen will be a whole lot of operators to choose from.

Operators in Rainbow Six refers to the characters you will be opting for throughout your gameplay. Since each operator contains some unique abilities, it becomes of much importance to understand the operators no matter whether you are the attacker or the defender.

Moreover, as everything is dependent on a timer, you won’t get enough time to go through the special abilities of all the operators. Therefore, consider going through the operator’s menu before actually starting a match. Read through their abilities and mark the ones that seem suitable to the game style. Once done with it, the next phase is the preparation phase which is further elaborated below.

Just before the game starts, you can send your drone over the map to take a survey of the entire area. The drone cameras provide you with a reliable view to collect more information about the area. But remember that drones are only available during the very starting phase. And if your drone is caught by the defending team, they will simply damage it. So, make sure to get it into the area in a sneaky way so that you won’t get caught.

Again if you are on the defending side, you will find yourself inside the building initially. You can come up with your strategy and place traps to prevent the attackers from successfully getting their way. Make sure to always look out for the enemy drones. Drones are a great way to get an overview of the place and that gives the attacking team to come up with better strategies.

Generally, every match is held in two different rounds. However, if the second round turns out to be a tie, the match further moves towards the third round. Whoever wins the maximum rounds come out victorious.

On winning or losing a round, players have to select new operators again and move in for the next round. Interestingly, if you have played the first round as the attacking team, the next round will have you as the defending team. This is something that makes the game fair and balanced.

Finally, at the end of the match, the MVP from the winning side is decided and shown on the list. Also, the scoreboard updates of all the teams are shown as well. And that is how the entire game works.

After having a detailed understanding of the main elements in Rainbow Six and how the gameplay exactly works, let us now look at some important tips that will help you improvise your game and gain better results.

One of the main things that will save your game, in the long run, is honing your operator’s ability. As mentioned earlier, each operator has some unique ability. For example, the attacking operators are specialized in surveying the maps using drones while the defending operator’s expertise is in plotting traps to prevent the attackers from diffusing the bomb.

Therefore, make sure whichever operator you go for, try to master their unique abilities. Although this will take some time in the beginning, it will eventually be of great help once you get used to it.

2. Use the Cameras and Drones

Rainbow Six is a strategy game and so you should play it with a certain strategy. Leveraging the resources available is a crucial part of making a successful strategy. First of all, if you are an attacker, you should know the worth of these drones in the match.

They are the most important game-changing asset that will provide you with an upper hand in the game. Always get them into the place in a sneaky way to avoid getting caught and you can get some really important intel about your opponents. Once done with the survey, make sure to place them somewhere out of your opponent’s eyes. That is the best way you can bring them into use whenever needed.

On the other hand, if you are in the defending team, the CCTV can be a lifesaver. There are CTV cameras all over the map. Make sure to use them in the right way to gather information about the attacking team. Look for places with no attackers and get the defending team into such a place. That way you can carry on with the game while giving a tough time to the attacking team.

As a strategic game, you will always come against tough situations. Luckily, Rainbow Six mobile gives you the option to revive your teammates. However, that is only possible if your entire team sticks together.

Therefore, make sure to always be close to each other and always revive your teammates whenever possible. Reviving somebody also gives your an extra 50 HP as well. And that could be a going further towards your journey.

4. Make Use of Barricades and Reinforcements

This is something specifically for the defending side. Although barricades and reinforcements don’t sound anything important, they can be of great use at times. Barricades are basically wooden equipment that is placed in front of doors and windows to prevent anyone from entering. In Rainbow Six, attackers can easily move them aside to make their way, but the little sound that it makes is enough for you to take your chance.

Besides, reinforcements here basically mean large metal coverings. Reinforcements are placed over those walls that are easily penetrable. They are capable to withstand any explosion except for a few done by some of the strongest operators. More importantly, every defender gets one reinforcement each. Therefore, make sure to use it in the most crucial parts of the map.

Compared to other strategic mobile games, you will find Rainbow Six on a whole new level from the very start. Even though the concept of the game is pretty much confined, there are a lot of things to process at a time. Hopefully, this Rainbow Six Mobile beginners guide will strengthen your foundation.

Analyze your game style, go through the operator’s menu, and keep a check on the opponents. These are some basic things you should always keep in mind before diving into the game and you will definitely see the difference in the results in the end.