Realme is one brand that is releasing a new phone or two every now and then. Recently, they introduced their entry-level series, the Realme C series devices which include Realme C11, C12, and C15. 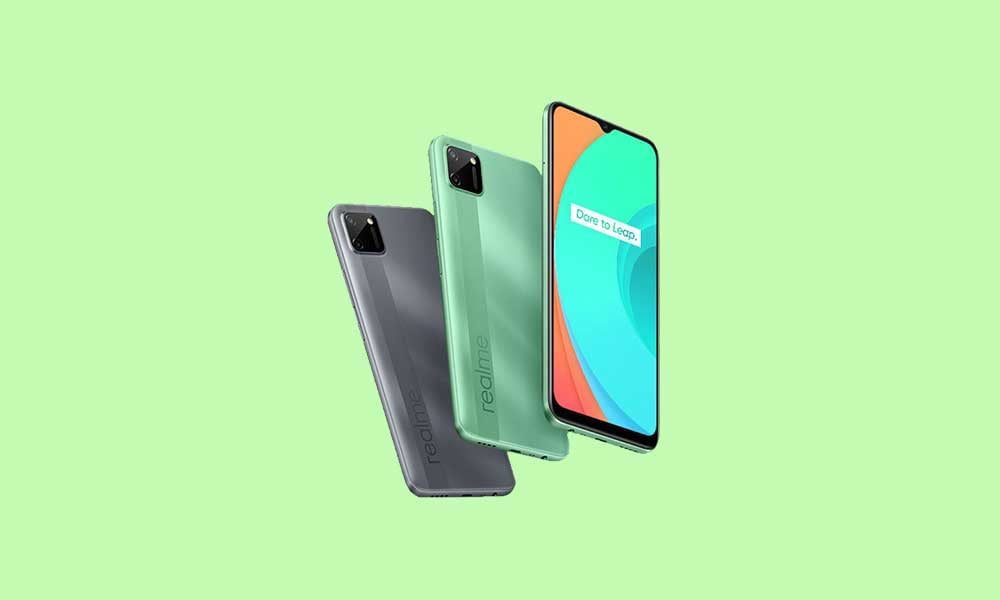 We accounted for most of the issues and tried troubleshooting methods that you can use to fix the Realme C11, C12, and C15 Bluetooth problems in a few minutes. Of course, this guide can be used to fix Bluetooth problems and issues on all Android devices.

Software glitches are a thing and there’s no denying it. It could trigger at any time and that is why sometimes even a flagship phone tends to stutter a bit. Talking about Realme C11, C12, and C15 Bluetooth Problem, it is possible that when you tried to connect to a Bluetooth device, the software intercepted a bug or error causing issues like not being able to connect or transferring issue or even as early as not being able to detect a Bluetooth device.

Just like any other connectivity-linked issue, Airplane Mode could interfere with Bluetooth connectivity causing the system to fail to register to a Bluetooth device or slow transferring issues over Bluetooth. Simply go to the Notification Panel and tap twice (or in pairs) to toggle airplane mode or flight mode. This should enable and disable the airplane mode (that’s why in pairs). Check if the issue has been fixed or not.

Some smartphones have a feature called “Discoverable” or its synonym that when enabled, only then the other device discovers your device. If you forget to make your device discoverable, no amount of toggling Bluetooth or Airplane Mode or any of the methods listed here won’t work. The recipient device won’t be able to detect your device so there’s nothing you can do until you enable it.

The simple fix is to simply unpair the unwanted device (e.g. laptop, in this case) and pair it up with the phone. Based on which device you are trying to connect over Bluetooth (speakers, accessories, smartphones, etc), you could be having multiple connections so this trick would work.

One of the common Realme C11, C12, and C15 Bluetooth problems is probably not being able to connect to a Bluetooth device that you have previously connected with. Here, you can use a trick called forget and repair. For this to work, you need to forget the Bluetooth device and pair again and there’s a greater chance that the bug would subside.
Step 01: First up, go to Settings >> Bluetooth >> Connected Devices.
Step 02: Find the network you want to forget. Since you were trying to connect to the said network, it should be under the “Discovered/Paired” section.
Step 03: Long-press or tap on the gear icon against the said network and tap on ‘Forget Device’. Note that the procedure for this step could differ from phone to phone.
Step 04: Now that you have successfully forgotten the network, connect it as usual and check if the problem has been sorted or not.

Cache on an Android smartphone is both a boon and a curse in some cases. Talking about Bluetooth issues, cache built-in can interfere with working on Bluetooth on Realme C11, C12, and C15. Deleting the Bluetooth cache can resolve the problem at once.
To clear Bluetooth Cache, here’s how you can do it.
Step 01: First up, go to Settings on your phone and proceed to “Apps & Notifications”.
Step 02: Tap on the 3-dot icon on top to see “System apps” and search for “Bluetooth”. Tap on it when you find it.
Step 03: Go to “Storage & Cache” and clear it. This should help fix the impending Realme C11, C12, and C15 Bluetooth Problem.

Incompatible software on the smartphone’s front can cause Bluetooth to suffer wrath. If you are facing this Bluetooth problem on Realme C11, C12, and C15 (or any other smartphone), update its software and check if the problem works or not.