Realme GT 2 Pro was launched in India, equipped with a Snapdragon 8 Gen 1 SoC, and sports a triple rear camera setup, featuring a 50 MP Sony IMX766 primary sensor with OIS and EIS, a 50MP ultra-wide camera, and a 2 MP macro camera.

OPPO sub-brand Realme has already created its own user base in terms of the wide range of Android smartphones, software update support, active community, etc. Well, the company has released Realme GT2 Pro in Q1 2022 with the flagship-grade hardware specs, coupled with Android 12 (Realme UI 3.0). Now, the Realme GT 2 Pro users should be happy that they can easily download and manually install the Android 13 Beta 1 build in an official way.

Currently, the Android 13 Public Beta 1 build is available for the eligible Pixel devices by Google, and Realme becomes one of the OEMs to provide the Android 13 DP1 (Developer Preview 1) build software update to the Realme GT 2 Pro model including the upgrade & rollback to Android 12 stable firmware packages. However, this specific update is only available for the Realme GT 2 Pro European variant. But soon we may see other region variants too.

It’s also worth mentioning that if you’re using the non-European variant of the Realme GT 2 Pro model then do not attempt to install this update because it’s not compatible with your variant. As a result, enrolling for the European build and installing the update may occur unwanted chaos with your handset for sure. Whereas the Developer Preview build can be buggy and unstable so the advanced users or developers only can opt-in for this beta program. 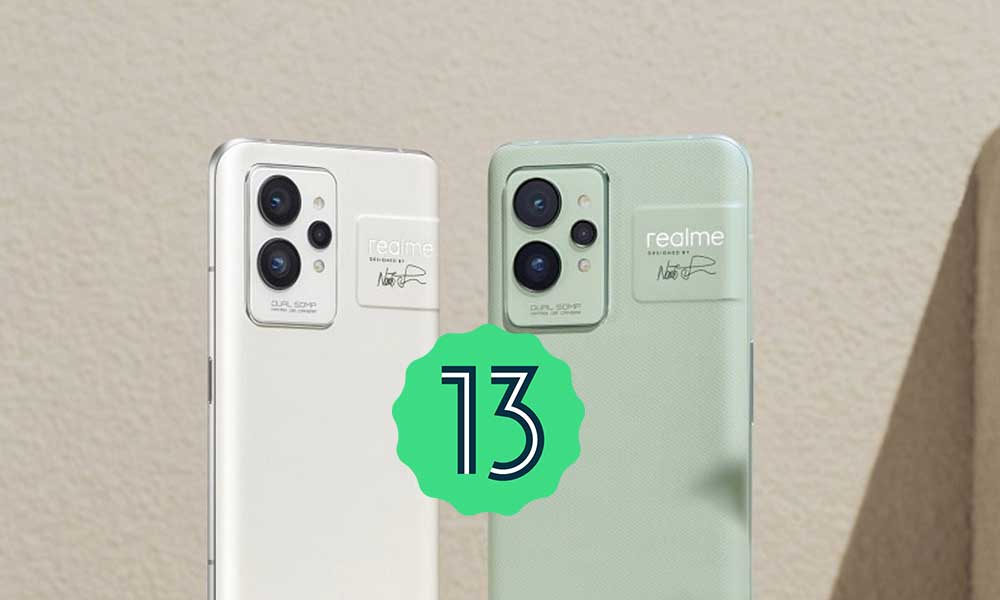 In addition to the last paragraph, we should also mention that the beta builds are only meant to be used for the developers to adapt their applications to the new Android version. Meanwhile, some apps may crash a lot, some system functions won’t work properly, system performance may feel slow & jittery, etc. Luckily, Realme has announced the Android 13 Beta 1 DP update for Realme GT 2 Pro (European) on the official Realme Community Forum.

So, all the interested GT2 Pro (European) users can now download and install the Android 13 Beta 1 Developer Preview update via the local upgrade method. Whereas if the software seems unstable or somehow the users don’t find it good enough then they can easily roll back to the Android 12 stable version via the local rollback method. Now, before getting into the update process, let’s take a quick look at the known issues below.

If you want to downgrade to Android 12 again from Android 13 Beta 1 then you should download the following package:

Please Note: It’s recommended to update your Realme GT2 Pro device to the Android 12 (RMX3301_A.14) version which is required to be able to enter into the Android 13 Developer Preview (RMX3301_11_C.01) version. It’s important.

How to Report a Bug?

If in case, you’re experiencing any kind of issues with the Android 13 Developer Preview Program on your Realme GT2 Pro then it’s suggested to report the same by opening a post and submitting your feedback on the Realme Community Forum with necessary screenshots or log files. Make sure to set ‘Android 13 Beta 1 – Bug Report – …’ as all titles for the Realme developers to find and investigate all reports quite easily. [Replace ‘…’ with the topic keyword]