Talk about one of the fastest-growing smartphone companies in the world, the name Realme pops up. After its staggering success in India, the company is making its stronghold in other regions as well. The reason is simple, providing better specs at a decent price, which other smartphone manufacturers are charging a premium for. In fact, Realme has also been pretty good at hearing its customer’s feedback, which has created a loyal fanbase for the brand. The company is also known to release timely updates for the devices, which is one of the key factors to retain customers. 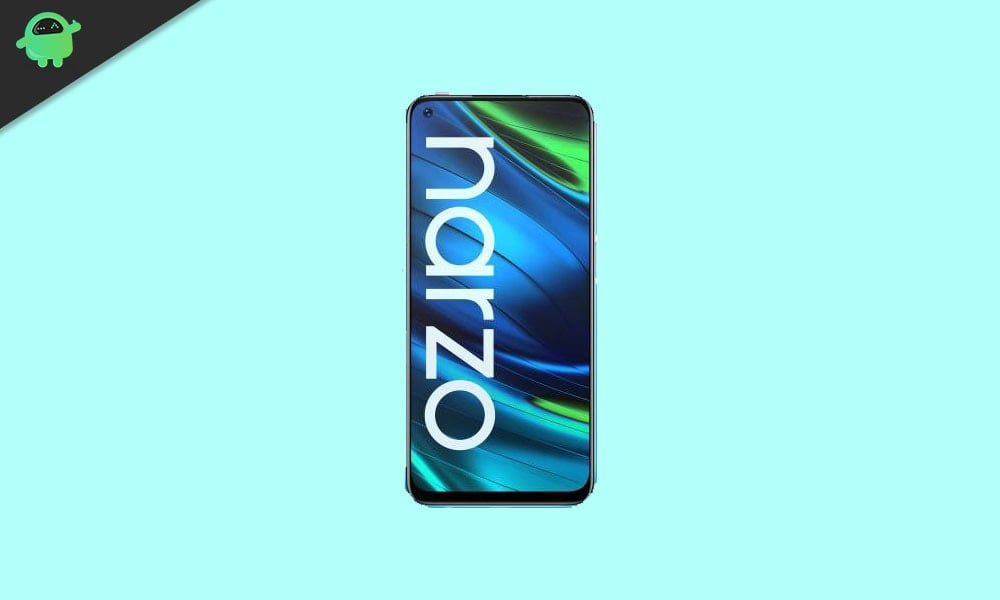 The display on the phone is a 6.5-inch IPS LCD panel 1080p screen with a 90Hz refresh rate. The phone offers 64/128GB of onboard storage options and there is a dedicated microSD card slot as well. Talking about the cameras, the phone comes with a quad-camera setup out of which only the main 48MP sensor is the one you should stick to, rest the 8MP ultrawide, 2MP depth and 2MP macro lens are just good for nothing. For selfies, the punch-hole display houses a 16MP camera. Under the hood, the phone comes with a 4500 mAh battery which supports impressive 65W Fast Charging which the company calls SuperDart charge. The fingerprint is mounted on the side of the Realme Narzo 20 Pro.

In this section, we will give you all the latest information about the Realme UI 2.0 Android 11 update for the Realme Narzo 20 Pro smartphone.

Realme rolled the February 2021 security patch for the Realme Narzo 20 Pro in India with software version RMX2161PU_11.A.87. The update is still based on Android 10.

The wait is now over for the Realme Narzo 20 Pro owners who enrolled with the Android 11 Realme UI 2.0 early access program. Because the company is now rolling out the beta update for all those who have enrolled with the early access program. Note that the update has been released gradually, meaning that it will take sometime before hitting all the registered units. The update is arriving with version number C.01 and brings tons of new features for the Realme Narzo 20 Pro smartphone. Here is the complete changelog:

– Personalize the user interface to make it your own.
– You can now create your own wallpaper by picking colors from your photos.
– Third-party icons for apps on the home screen are now supported.
– Three Dark mode styles are available: Enhanced, medium, and gentle; wallpapers and icons can be adjusted to Dark mode; and the display contrast can be adjusted automatically to ambient light.

[High Efficiency]
– You can now drag text, images, or files out of a floating window or from one app to another app in Split screen mode.
– Optimized the editing page of Smart Sidebar: Two tabs are displayed and the order of items can be customized.

[System]
– Added “Tone tunes”: Consecutive notification tones will be linked to form a single melody.
– You can now determine a time period when Do Not Disturb is on.
– Optimized the user interfaces of Notes: New visuals are provided on the list and editing pages.
– Added weather animations to provide you with a more interesting experience.
– Optimized vibration effects for text input and gameplay.
– Optimized “Auto brightness”.

[Launcher]
– You can now remove a folder or combine it with another one.
– Added filters for “Drawer mode”: You can now filter apps by letters, install time, or usage frequency to quickly find an app.

[Security and Privacy]
– Added “System cloner”: You can create a system clone from your main system and use different fingerprints to enter different systems.
– You can now turn “App lock” on or off in Quick Settings.
– Added “Low battery message”: When your phone battery is lower than 15%, you can quickly send a message to share your location with specified people.
– More powerful SOS functions
– Emergency info: You can quickly display your personal emergency info to first responders. The information can be shown even when your screen is locked.
– Optimized “Permission manager”: You can now choose “Allow only once” for sensitive permissions to better protect your privacy.

[Games]
– Added Immersive mode which reduces disturbances while gaming so you can stay focused.
– You can change the way to summon Game Assistant.

[Communications]
– You can share your personal hotspot with others via a QR code.

[Photos]
– Added the Cloud Sync for Private Safe feature which allows you to sync the photos in your Private Safe to the cloud.
– Optimized the photo editing feature with upgraded algorithms and more markup effects and filters.

[HeyTap Cloud]
– You can back up your photos, documents, system settings and more, and easily migrate to a new phone.
– You can select the types of data to be backed up or restored.

[Accessibility]
– Added “Sound amplifier”: You can amplify faint sounds in the environment and soften loud sounds when wearing earphones.

Good news for the Realme Narzo 20 Pro owners, as the company has now started the early beta recruitment for the Realme UI 2.0 Android 11 beta update. Note that this program is live for users of Realme Narzo 20 Pro in India only. However, it is expected to soon go live for users in other regions. The first batch of Android 11 Realme UI 2.0 will be sent over to enrolled users and that too in a limited number. Here is what the announcement reads:

Early access Application
* This version release for India devices only.

In realme UI 2.0 different regions have different versions,and if you are not the India device please do not submit the info In case of unpredictable issues in your device.

Users of Narzo 20 Pro are requested to be running version A.71 in order to be eligible for enrolling in this early access program. You can head over here, and fill out the form if you are interested in experiencing Android 11 Realme UI 2.0 first.  For more information, you can head over to the official announcement page.

The Realme Narzo 20 Pro smartphone will get its first taste of Android 11 based Realme UI 2.0 update by the end of December. This piece of information was revealed by the official Twitter handle of Realme India Support clarifying a user query.

The Early Access for realme UI 2.0 based on Android 11 for realme Narzo 20 Pro will start to roll out at the end of December for selected users only.