In this Realme UI 2.0 (Android 11) Update Tracker, we will list out all the supported devices, their features list, as well as the release date of this update. Google has just released a stable build of the latest Android version, after months of Developer Preview and Beta phases. And as expected, Pixel was the first one to adopt this update.

After this other OEMs like OnePlus, and Xiaomi have also chalked out their plan. But it’s the Realme’s effort that has definitely been praiseworthy. Its flagships were always among the front-runners to get the developer and beta build of the latest Android OS. And we could expect a similar pattern for the stable Android 11 update.

This would straightway spell out a plethora of goodies for its various devices. Scheduled Dark Theme, Conversations’ Section in Notification Shade, Built-in Screen Recorder, Pin Apps in the Share Menu, New Permissions, New APIs for 5G, Reverse Wireless Charging Support, Bubble Notifications are just some of the noteworthy features that your Realme device is about to be blessed with. In this regard, this Realme UI 2.0 (Android 11) Update Tracker will help you in tracking all the required information about this update, including the supported device list and release schedule. 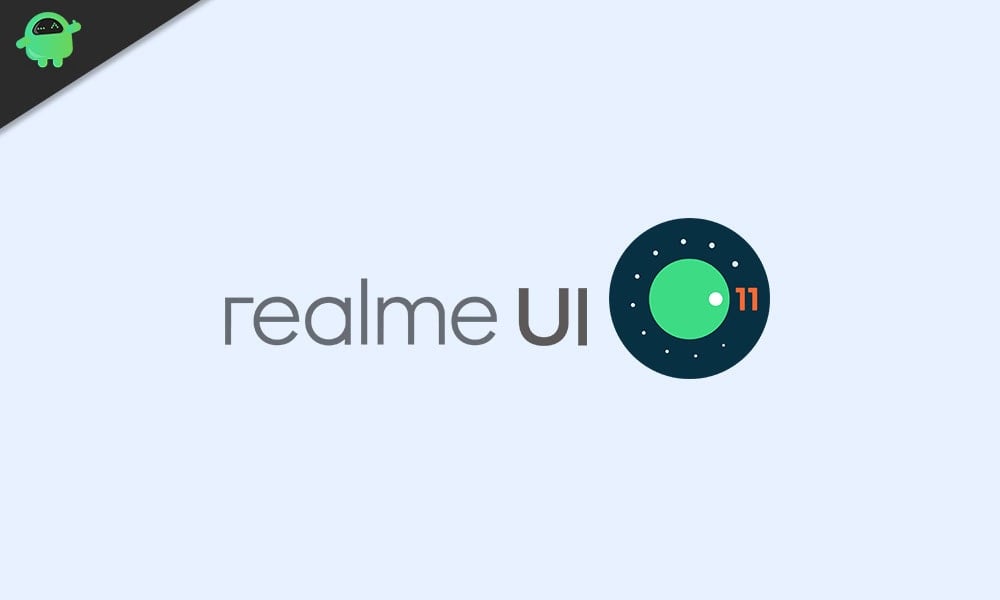 Updated on September 30, 2020: The reports are coming that by the end of this year, Realme UI 2.0 stable version will be ready to arrive on its eligible devices. Realme has stated that there will be no Android 10-based Realme UI 2.0 update available for the Realme devices.

According to Realme Community FAQ, the new Realme UI 2.0 comes with lots of new features and these are strictly integrated into the Android 11 software. So, Android 11 is only the way to run Realme UI 2.0 whatsoever. In another way, you can also think that Android 10 running Realme devices will not get any Realme UI 2.0 features.

Updated on September 25, 2020: Today Realme started the early access program for the Realme X50 Pro in India. If you are interested to test the early development of Realme UI 2.0, then you can sign up for the same here.

Keep in mind that the mentioned device list isn’t officially announced yet and the official roadmap list may vary. We will keep updating this eligible device list as well as this article with all the latest information.

It’s also important to mention that there are a couple of Realme devices available that came with Android 10 preloaded and expected to receive the 2nd Android OS update. Such as Realme C2, Realme C2 (2020), and Realme C2s.

However, we aren’t pretty much sure about it and we may have to wait until Realme releases the official Realme UI 2.0 update roadmap. As mentioned above, this roadmap will be available once Google will announce the Android 11 OS (stable) in the upcoming days.