The Persona 4 Golden has been a much-awaited game among the wide group of PC users. Coming to a conclusion for this great hype, the developer of Persona 4 Golden, Atlus, has finally released the PC version of the game via Steam just recently. As a great number of PC users have already got their hands on this game, they’re slowly progressing through and is unveiling the different portions of the game.

As you’re progressing through in the game, you might have already come across the need to get a Red Goldsifh in Persona 4 Golden. Before you can actually catch this particular fish in the game, there are certain things that you need to go through. This guide will help you with the same so without any further ado, let’s look at how to get Red Goldfish in Persona 4 Golden.

How to Get Red Goldfish in Persona 4 Golden 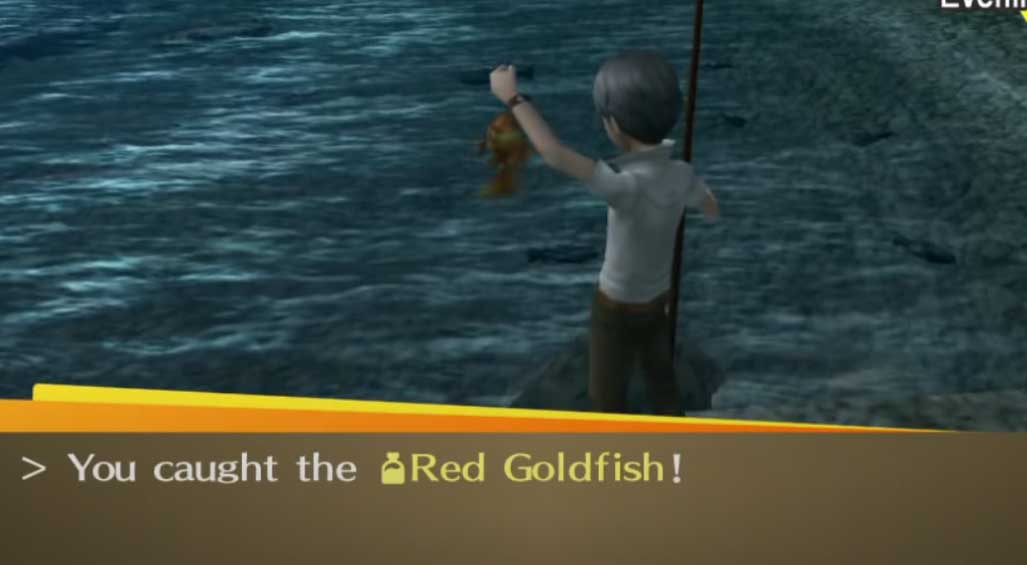 Since we are basically talking about a fish here, the method of catching it is pretty much obvious. To get the Red Goldfish, you need to catch it with a fishing rod. By talking to the elderly man at the Samegawa Riverbank, you’ll get a mission to get him a Fishhook. In order to get him the Fishhook, you are to fulfill the requests of a child at the Tatsuhime Shrine.

In return, the child will give you a Tatsuhime Ladybug. Taking this ladybug to the lady at the Shiroku pub will get you the Fishhook and some bread crumbs. Take this fishhook to the elderly man and he will give you a River Rod(fishing rod) as a token of appreciation. With the fishing rod, go to the riverbank and start fishing. By making use of the bread crumbs,  you’ll have a greater chance of attracting the Red Goldfish that we’re looking for.

Jumping to a conclusion, the basic things like a fishing rod and some bread crumbs will help you catch a Red Goldfish in Persona 4 Golden. While fishing for the Red Goldfish, simply toss in some bread crumbs as bait and you’ll eventually attract the fish. That said, we hope reading the guide above has brought some valuable information and help to you. Please let us know by commenting down below if you have any further queries regarding the same.