The recently launched, The Rocket Arena, gives the players an immense world of Crater. This world is beautiful but may seem to be strange at times.  Players can enjoy the game of Rocket Arena from the steampunk airships to the underwater cities. It is a multiplayer shooter game developed by the very popular Electronic Arts. The game involves different stages that are required to be cleared in order to progress.

The game was announced one year ago. Still, a lot of players are confused regarding how many stages they need to clear. So this guide will come as a great help to them. If you are one of them, then don’t wait, just jump in. 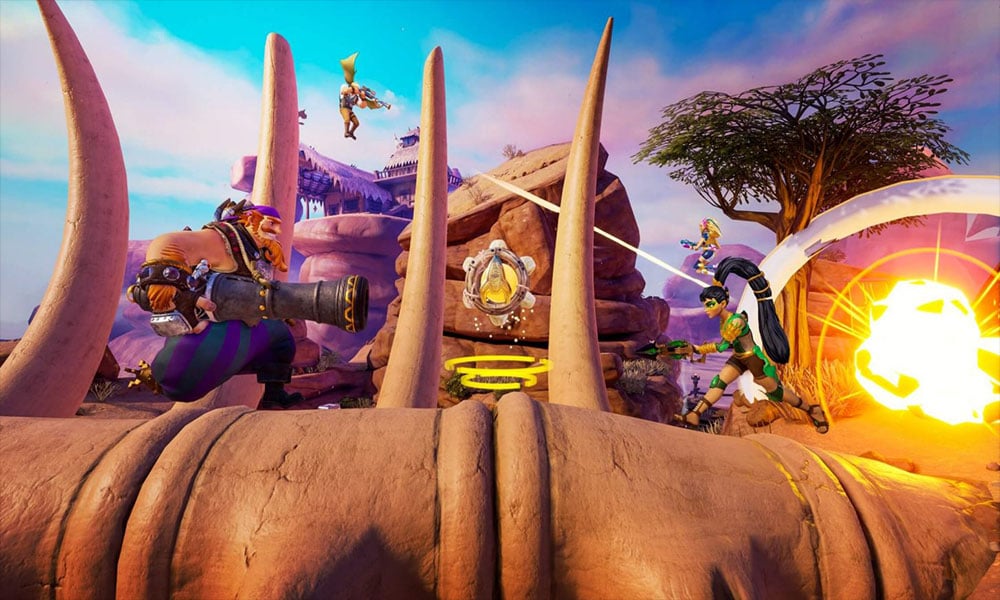 How Many Stages Are in the Game

The one-word answer to this common question is, there are ten stages in the game. However, this guide is intended to give the fans a detailed understanding of the levels. So let’s begin.

The Apogee Acres resembles a very futuristic district, which is for residential purposes. This district is located in the Boom City. The blast windows protect the starting areas of the Apogee Acres. These blast windows can be closed or opened. The district also has a magnificent multi-layered design present at the center of the Acres. This design rewards the perfectly timed rocket-jumps as well as the rocket climbing skills.

The Frostwind Grove is primarily dominated by the gigantic trees throughout the map. These huge trees can be used as excellent covers, either for offense or defense. Players can also find some secret passages which connect the tall stone towers. You can make use of these narrow secret passages for moving around with the Rocketball without being noticed. You can also use it for jumping on the Mega Rocket Zones. 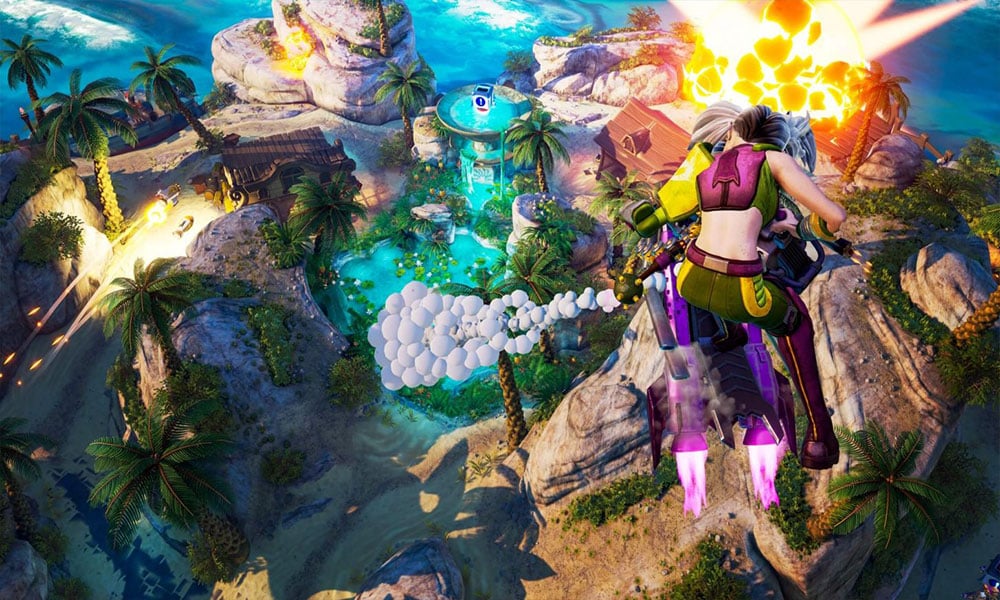 The Golden Zephyr is a luxury airship that flies above the Fort Rocket. It is a dangerous battlefield. The players will require nimble rocket-jumping to switch between the decks. Any unfortunate leap can toss the players off the Golden Zephyr. In such an event, you can always revive yourself by landing on one of the surrounding vessels.

The Hypersonic Heights is another district located in Boom City. This district is generally for the Rocketball game mode. You will find the UFOs sweeping across the vast parks. You can use them to your advantage by jumping on your enemies. The Hypersonic Heights also showcases a wide variety of items that the players can grab at the foot of the Berno Boom Statue. 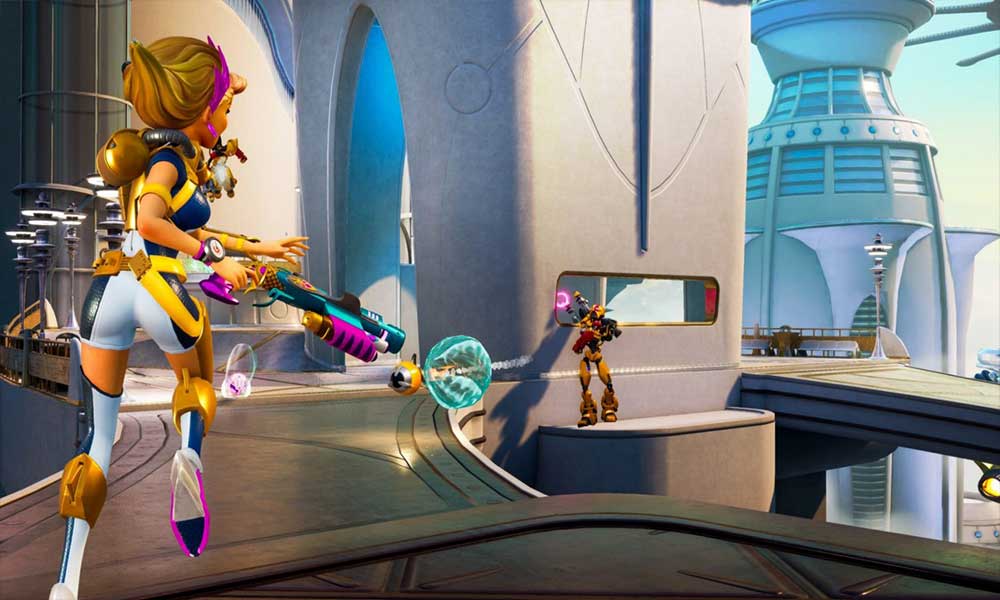 Icefall Keep: The Icefall Keep is a fancy frozen castle. Its map consists of a lot of verticalities. The awareness about the surroundings can be increased with the help of the bridges and spires. The jump-pads, present all around the map, can be used for navigation purposes. They can also be used for retreat and attack.

The Megadon Junction lands you in a very dangerous situation. It is a desolate and dry location consisting of steep mesas and ochre cliffs. To make things even worse, you will be greeted with the Rocket Rail Line Express here. You should keep your ears open for its horn at it speeds through the maps at certain intervals of time. 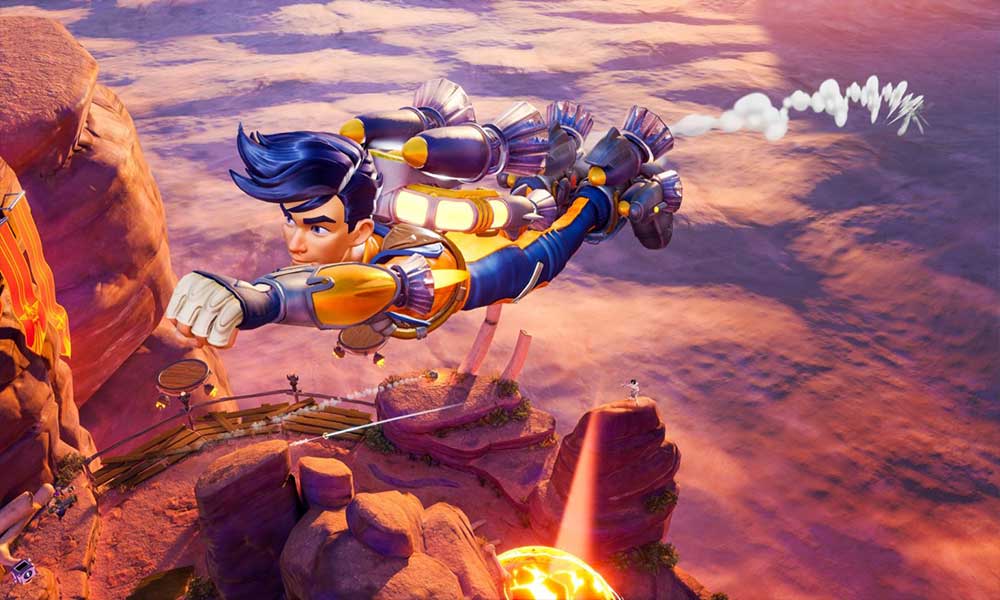 The Shimmering Depths is another magnificent sub-nautical map present in the Crystal Reef. This city is a very bright city consisting of Coral and Gold. You will also find that the submarines coast various buildings. This will give you an opportunity to execute rocket-jumps alongside allowing the water geysers to throw the enemies to other positions.

The Star of Crater

The Star of Crater map features a settlement which is underwater built around a huge crystal, deep into the Crystal Reef. The focal point of combat here is the shining crystal. You can also use the glowing crystal as your cover. You can also get any shelter that you may need, thanks to the holes in the rock formations nearby. 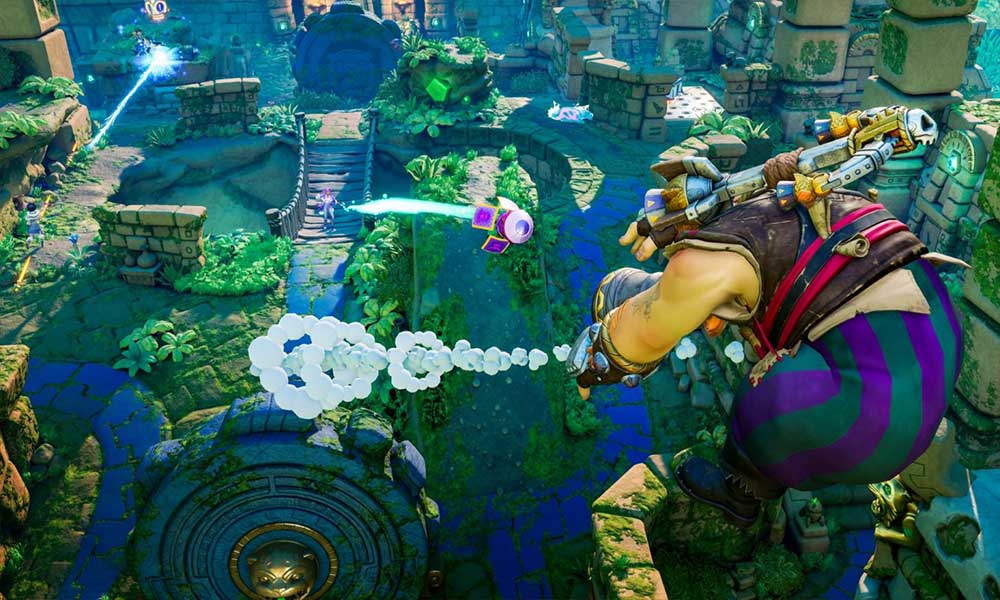 The Stompy’s Refuge is present around a dig-site where a colossal dinosaur is excavated. It is present in the Wilds. You can seek cover from the weathered bones and avoid any unwanted attention.  The Boone’s Outpost has a gigantic ground that you can use for an overwatch.

Temples of Jaaqua: The Temples of Jaaqua is an example of a long-dead civilization. It is the ruins that trade the frigid winds of the infamous Serrate Peaks for the ancient magic and the humid jungle. The hostile players can wreak havoc on you. You will also experience a lot of pitfalls, traps, spirits of feral predators. Nobody is safe in this jungle.

There are a number of new maps on the way, as confirmed by the Rocket Arena Official website. The best part is, all of these will be free for all players.

We hope this guide helped you to understand the number of stages in Rocket Arena. If you liked this guide, do remember to check out our other Windows Guides, Gaming Guides, Social Media Guides, iPhone Guides, and Android Guides to read more. If you have any queries or suggestions, comment down with your name along with the email ID, and we will reply shortly. Also, subscribe to our YouTube Channel to watch awesome videos on gaming and smartphone tips and tricks. Thank you.