Samsung is a popular brand that everyone knows because of its specialization in every area. Samsung has products in every category. Two years before, the brand came with its refreshed “A” series devices. And back on March 18, the brand announced the new Galaxy A41 (SM-A415F). This is the successor to the Galaxy A40, which was unveiled last year.

In this tutorial, we will guide you on how to install the Samsung SM-A415F (Galaxy A41) flash file using the Samsung flash tool (also known as the ODIN flash tool). On this page, you will find the official stock firmware file for the Samsung Galaxy A41 SM-A415F, drivers, and flash tool.

By flashing the Stock ROM file, you can always fix the device software issue such as boot loop, lag, soft brick or hard brick, remove pattern lock, FRP lock, and many more. 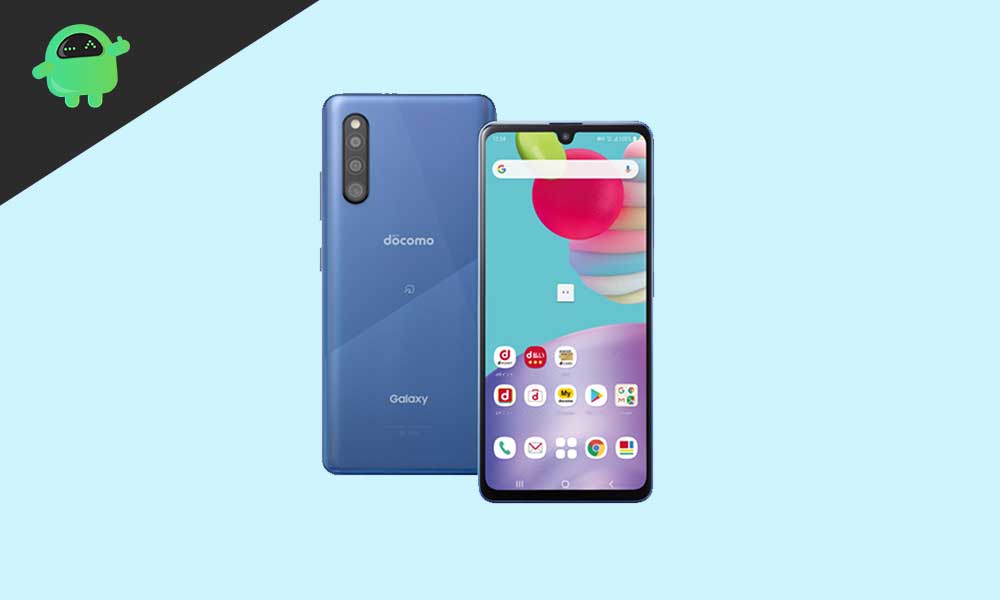 The Samsung Galaxy A41 sports a 6.1 inches Super AMOLED Infinity U display with a Full HD+ resolution i.e. with 1080 x 2400 pixels. It has an aspect ratio of 20:9, a pixel density of 461 Pixel Per Inch ( PPI ). Coming to the protection for the front, the brand doesn’t specify about it. It has a plastic back, so no protection to the back of the device. Under the display has also an in-display optical fingerprint scanner. Interestingly this device comes with IP68 protection. This means that the device can withstand up to 1.5 for 30 minutes. This is a much-appreciated feature for mid-range smartphones. Coming to the internals of Galaxy A41, it sports the MediaTek P65 SoC and this SoC is built on the 12nm process. It is rare that Samsung uses MediaTek SoCs for its smartphones.

Even though they use Snapdragon SoCs for their flagships which aren’t available everywhere. Some mid-range smartphones also get Snapdragon SoCs like the Galaxy A70, A71, and so on. This octa-core Helio P65 includes two Cortex A75 cores which clock at 2.0 GHz, other six lower Cortex A55 cores which clock at 1.7 GHz. To the GPU side, it has the ARM Mali G52 MC2 GPU. Talking about memory options, it is available only in a single variant. That said, it is available in 4GB of RAM, and 64GB of eMMC 5.1 internal storage. Further, this is also expandable via the micro SD card up to 512GB. The device has a dedicated SIM card slot for this.

The Samsung Galaxy A41 packs a 3,500 mAh battery that charges over a USB type C port. And it also supports for 15W fast charging tech from the brand. Connectivity options include Wi-Fi 802.11 a/b/g/n/ac/ax, dual-band, Wi-Fi Direct, hotspot, Bluetooth 5.0, A2DP, LE, GPS with A-GPS, GLONASS, BDS, NFC, and USB 2.0, Type-C 1.0 reversible connector. Other sensors in this smartphone include an accelerometer, gyro, proximity, compass, and ANT+. This device is available in three color options namely Black, White, and Blue.

Steps to Flash Stock ROM File on Galaxy A41 SM-A415F

Before we get straight to the steps to Install Stock Firmware on your Samsung Galaxy A41, let us take a look at the pre-requirements first.

Now, let’s take a look at Steps to flash Stock ROM on Samsung Galaxy A41.

We’re at GetDroidTips won’t be responsible for any kind of damage/error that occurs to your handset while/after following this guide or flashing any file. Proceed at your own risk.
Follow Complete Guidelines