Alright, so it looks like that you have a Samsung Galaxy A6 Plus 2018. Well, great. Samsung is an important name in the global smartphone market. It’s been many years since Samsung started to make a strong impact in the smartphone market. Samsung launched Galaxy A6 series device this year with Galaxy A6 and A6 Plus. Both the device came out of the box with Android 8.0 Oreo. The South Korean company has finally launched the Galaxy A6 Plus Android 9.0 Pie One UI stable build in Poland and Russia. Soon it will start rolling in other regions.

Well, One UI is the new interface developed by Samsung for their all supported device. It is currently started with the base of Android Pie which brings new and enhanced One UI interface design along with many new features and customizations. The main features of OneUI are one-handed usage and other features include system-wide dark mode, a new UI, and design language focused on ease of use and reachability, and a lot more things. Those who want to try it can now run stable build of One UI on Galaxy A6 Plus 2018.

So, are you someone who wants to try the Samsung Galaxy A6 Plus Android 9.0 Pie with OneUI? Well, if your answer is Yes to the above question, then you are on the right page. So without any further, we do, let’s jump right into it. 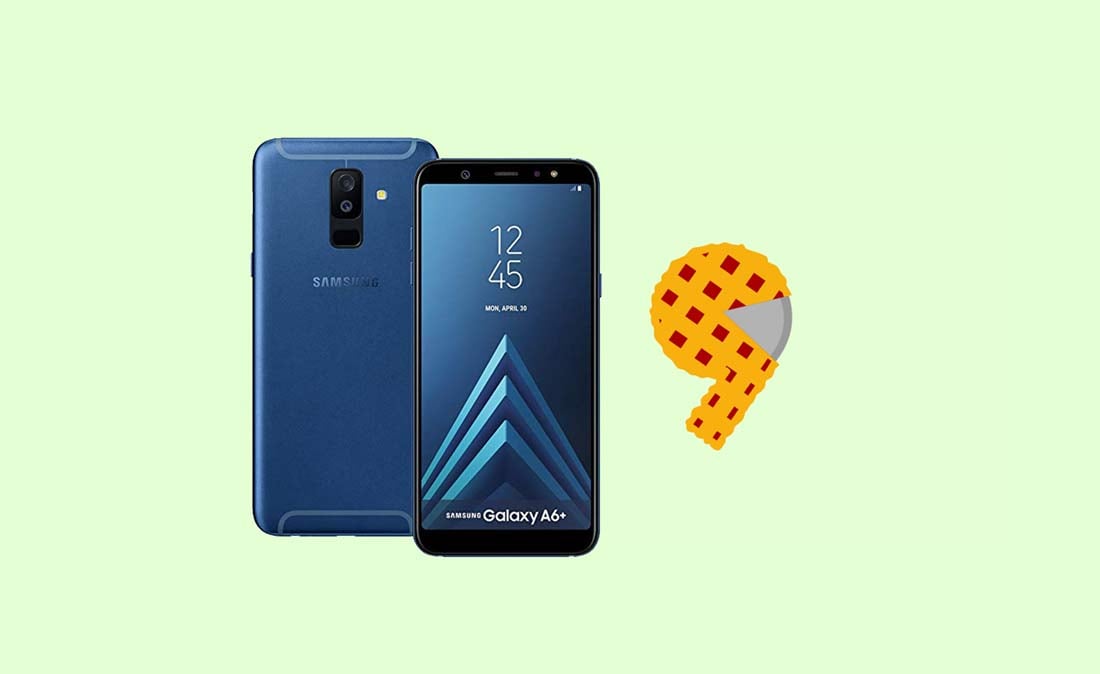 Samsung Galaxy A6 Plus Android 9.0 Pie with OneUI

Currently, the device has received a stable build for the device in Poland and will soon start rolling in other regions too.

Now, before we get straight to the guide, we would like to tell you that this would work only for the Samsung Galaxy A6 Plus 2018’s model listed below.

Steps to Install Samsung Galaxy A6 Plus Android 9.0 Pie with One UI

Now, let us take a look at the prerequisites for installing the Android Pie on Galaxy A6 Plus 2018. Should we?

Once you have downloaded the above prerequisites, its time to install the Android Pie on your Samsung Galaxy A6 Plus 2018.

Now, in order to install Android Pie on your Samsung Galaxy A6 Plus 2018, you need to follow these steps carefully. You need USB Drivers and the latest ODIN tool.

Samsung Galaxy A6 Plus 2018 Specifications:

Samsung Galaxy A6 Plus 2018 comes with a 6.0-inch Super AMOLED display. Out of the box, Samsung is providing the latest Android 8.0 Oreo with the device. Powering the device under its hood is the Qualcomm Snapdragon 450 processor. In addition, the Adreno 506 GPU is added for a better graphical performance. Two variants of the device are available. One with a 64GB ROM and the other with a 32GB ROM, but both variants come with a 4GB RAM. The storage can be expanded up to 256GB using a microSD card. The rear gets a dual-camera setup with a 16 MP and a 5 MP sensor and the front camera gets a single 5 MP sensor.