If you have been on the lookout for some great ways to stream all of your favourite TV shows, movies or anime, then this is exactly the right place you’re looking for! Read on to discover some of the best Showbox alternatives that you can use in 2020.

Showbox has been around since quite some time now and has been the number one choice for everyone when it came to streaming their favourite TV shows and movies free of cost. However, several legal disputes later, it seems that Showbox has been permanently closed. While it is truly sad that a streaming service as popular and widely used as Showbox has been discontinued, there are still several options out there that you can try.

The reason why many people loved using Showbox was not only its huge library of free to watch content which included movies, TV shows and even anime, but it was also something to do with its functionality and design. Firstly, Showbox had very little downtime maintenance when compared with other similar services and always had rock-solid servers which made streaming that much faster and painless. The design of the service was also very well thought out, and it did not at all seem like a third-party service thanks to the fluent user interface and smooth experience. 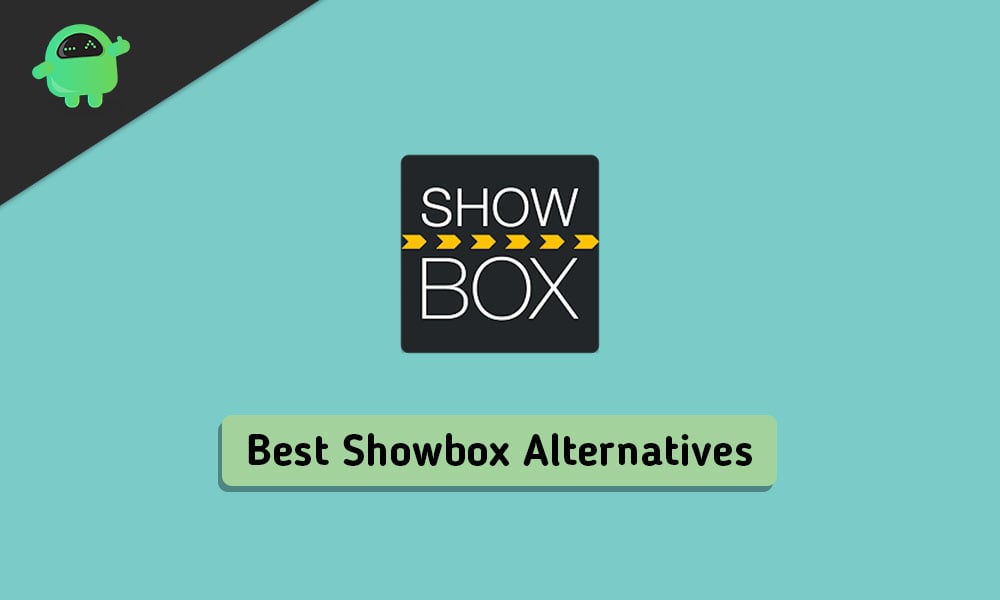 While there are many alternatives to Showbox, we still wouldn’t recommend you go the route of illegal streaming of movies and TV shows. Although if you find yourself in a pit with no way out, there are options that you should consider. Many of the services that promise to offer free streaming of content shouldn’t be trusted since there’s a lot of malware out there. Therefore, we have taken it upon ourselves to cherry-pick some of the best streaming services. Without any further delay, let’s have a look at the top 5 Showbox alternatives that you must check out in 2020!

The first Showbox alternative on our list is Movie Box. You could very well call it an iOS version of Showbox since it follows the same design language but is most popular among iPhone and iPad users. However, if you own an Android device or use a laptop, you can still enjoy using this service. Like stated previously, it has an experience that is almost identical to that of Showbox, so if you were a hardcore user of that service before, we don’t think you will have a hard time migrating to Movie Box. It has a wide library of TV shows and movies too, so this should be on your top priority list as a good alternative to Showbox. You can learn more about or download Movie Box for your Android, iOS, Windows or Mac device by following the link given below:

Next up is Popcorn Time, and what we feel is the best alternative to Showbox if you have been looking for a good streaming platform for your Windows or Mac devices. While the only big downside that Popcorn Time has is no support for iOS devices, you can still Chromecast it to your television or any other wireless display nearby. It has a very well designed and thoughtfully laid out interface for the Windows and Mac client. It searches through a vast library of movies, TV shows and anime and even goes a step further to bring torrent searches into its database as well. So the likelihood of you finding your favourite shows or movies are at an all-time high with Popcorn Time. You can learn more about or download Popcorn Time for your Android, Windows or Mac device by following the link given below:

Coming in at our third spot in this list, we have Movie HD. Just like its name implies, this service offers the best 1080p experience for all sorts of movies and TV shows you can think of. However, if you do have a slower connection speed, then you can most definitely trickle down the quality to 720p, 480p, or even 360p for smooth playback. Easily the best part about Movie HD is the fact that it allows the user to download the movies or TV shows they want to. This is great for those who travel a lot and don’t want to depend on an internet connection at all times. You can also watch a bunch of 3D movies using the catalogue within the app. The app is available for Android, iOS and you can even use it on your Windows computer using an emulator such as Bluestacks. Lastly, if you own a Chromecast or Firestick, you can easily stream your favourite shows and movies on a bigger screen. You can learn more about or download Movie HD for your Android or Windows device by following the link given below:

The service we will be talking about next is rather unconventional and quite different than the other ones on this list. Unlike most of the Showbox alternatives that we have talked about here, Stremio doesn’t actually allow you to stream illegally. Instead, it branched out to most of the popular streaming services such as Netflix, Amazon Prime, Hulu, HBO and more to gather all sorts of TV shows and movies available in their libraries. It then proceeds to give you the best options for streaming them – legally. The reason why we’re recommending Stremio is that there are a lot of people who already have active subscriptions to several streaming services like Netflix or HBO, but oftentimes don’t know where to look for their favourite TV shows or movies.

Since Stremio is perfectly legal, it is the only service on this list that you can find on the Google Play Store or the Apple App Store to download on your Android or iPhone. You can also check out their Windows and Mac clients if you find yourself using your computer or laptop more often. You can learn more about or download Stremio for your Android, iOS, Mac or Windows device by following the link given below:

If you have been looking for a compelling alternative to Showbox, this one fits the picture the best. CinemaBox is in every regard a picture perfect clone of Showbox, in a good way. It has the same great user interface with big thumbnails in the explore section to find your next set of movies or TV shows to binge-watch. Upon opening a movie or show title, you get a description of what to expect from the watch and also get to see the cast members and related movies or TV shows. The app is available both for Android and iOS, although it works the best on Android thanks to its open-source nature. You can download your favourite movies or TV shows offline to enjoy them even when you don’t find yourself around a stable WiFi connection. Easily the best part about using CinemaBox is the fact that it is available to download for free on the Google Play Store as well as on the Apple App Store. You can learn more about or download CinemaBox for your Android or iOS device by following the link given below:

Up next is a great way to consume movies and TV shows for free and also completely legally! Crackle is a streaming platform built and distributed by Sony and it features a good selection of movies and TV shows that you can enjoy all for free. The biggest downside with Crackle is the fact that it updates its catalogue of shows and movies once every month – meaning you will basically lag behind any other streaming service on this list. However, it does work flawlessly in the regions that it is supported in. You can download and save the movies or show for offline in case you need to watch it at a later time without the hassle of having to be connected to the internet. Crackle also has a great Smart TV integration which means you’re not restricted to only using the tiny screens on your phones or laptops to enjoy your favourite selection of movies. You can learn more about or download Crackle for your Android, iOS, Mac or Windows device by following the link given below:

Next on our list is Cinema APK which is a very simple app that allows you to stream movies and TV shows on your Android phone for free. You’ll need to install it as an APK file and once done you should be good to go. The app has a huge library of the most popular TV shows and movies that you can think of. The app also works flawlessly for Firestick 4K and other Fire devices that support Android apps. It has a clutter-free user interface and showcases movies and TV shows that are currently trending and also the ones that you might be interested in. You can learn more about or download Cinema APK for your Android, iOS, Mac, or Windows device by following the link given below:

A similar app that allows you to stream your favorite movies and TV shows right on your Android device is Cat Mouse APK. The polarising name aside, the app actually works wonders if you have a good internet connection. The streams aren’t laggy at all and are updated with many different sources to ensure best playback in your region. The catalog is also well endowed and sees regular updates every time there’s a new digital release for a film or aired episodes for a TV show. You can also install Cat Mouse APK on your Amazon Firestick and Firestick 4K. The app works in over a hundred different languages and the in-built video player also has quite the host of settings to play around with while watching a movie or show. You can learn more about or download Cat Mouse APK for your Android, iOS, Mac, or Windows device by following the link given below:

Ending our list of some of the best Showbox alternatives to try out in 2020, we have Playbox HD. It is very similar to Showbox or Movie Boxx when it comes to the design and experience that it brings to the table. You can find a wide catalogue of movies, TV shows and anime to choose from, and stream them all in full HD. The servers available for streaming are all stable and mostly buffer-free while watching. You can easily sideload it on your Android or iOS device, or even enjoy it for your Windows computer or laptop using an emulator such as Bluestacks. There is also a Kids mode within the app that allows you to stream only safe content such as cartoon and kid’s movies if you have concerns for your little ones. You can learn more about or download Playbox HD for your Android or Windows device by following the link given below:

That’s all folks! We hope you enjoyed our roundup of some of the Best Showbox alternatives that you can use in 2020! Which one among the list is your top pick, and how many of these Showbox alternatives have you already known or have been using? Know other good apps to stream the best movies and TV shows for free that you feel people might find interesting? Do let us know in the comments section below, we’d be delighted to hear from you guys!

Student by day, Android enthusiast by the night, anything that has material design intrigues me. Passionate about filmmaking, writing, and now design. The goal is to add a little bit of a personal touch to anything and everything I create!