Siege Towers are one of the most useful parts of your strategy in Civilization 6. These towers make the battle a whole lot easier, giving way for your units to focus on things that actually matter. With Siege towers, your melee and anti-cavalry class units can easily bypass the enemy city’s walls and target what you should really be targeting. Rather than wasting time on the walls, this is how you should be taking on a city.

How to Use Siege Towers in Civilization 6 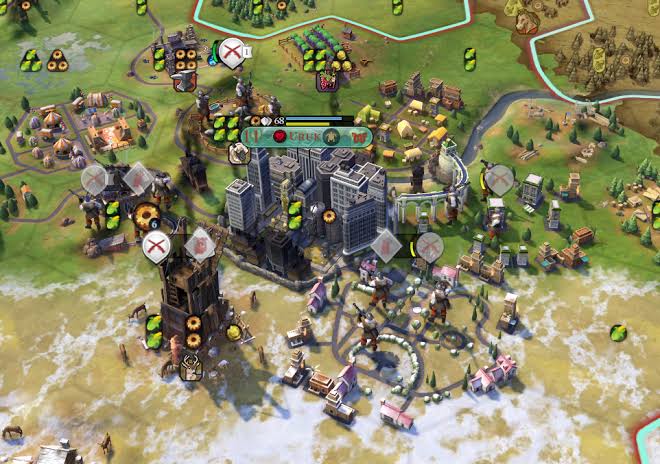 In order to make the best use of Siege Towers, players need to place it right next to an enemy’s walled city. Doing so will benefit all your melee and anti-cavalry class units by bypassing the benefit of walls of the enemy’s city. This way, your units can focus right at the enemy’s city, rather than wasting time trying to get past the walls. Helping your units to deal direct damage at an enemy city, making use of the Siege Towers are one of the most useful attacking strategies to go with.

You can start creating Siege Towers by researching Construction technology in the Classical Era. However, you must remember to protect the Siege Towers by any means after you’ve placed it near an enemy city. This is because the opponents can pretty easily target these towers. It is also worth noting that the Siege Towers won’t work against opponents that have researched Renaissance walls or Urban Defenses. At this point, you are forced to upgrade your Siege Towers into Medics.

Summing up our guide, all you have to do is place the Siege Towers right next to walled enemy cities in Civilization 6. Siege Towers help your melee and anti-cavalry class units by helping them attack the city directly by bypassing the walls. So it is necessary that you place these towers right. Unlocked by researching Construction technology in the Classical Era, the Siege Towers are, unfortunately, not effective against opponents that have researched Renaissance walls or Urban Defenses. That said, we hope reading the guide above has brought some valuable information and help to you. Please let us know by commenting down below if you have any further queries regarding the same.