Have you ever experienced an error called parse error when you are trying to install an application onto your Android device? Well, it happens to a lot of users regularly, and the reason behind can be one of many. It primarily occurs when a user is trying to install a third-party app. Yes, this error can also pop up when one is installing the application through the Google play store, but the chances of that happening are very unlikely. Moving on, the message that users get with this error reads, “Parse Error  There was a problem parsing the package.” This mostly happens midway through the installation process of an app. Now, if you have received a parse error but still want the application in question running on your device, then you will have to address and fix whatever the issue.

However, before getting into the fix, let’s first see what actually causes the parse error to pop up on our device. 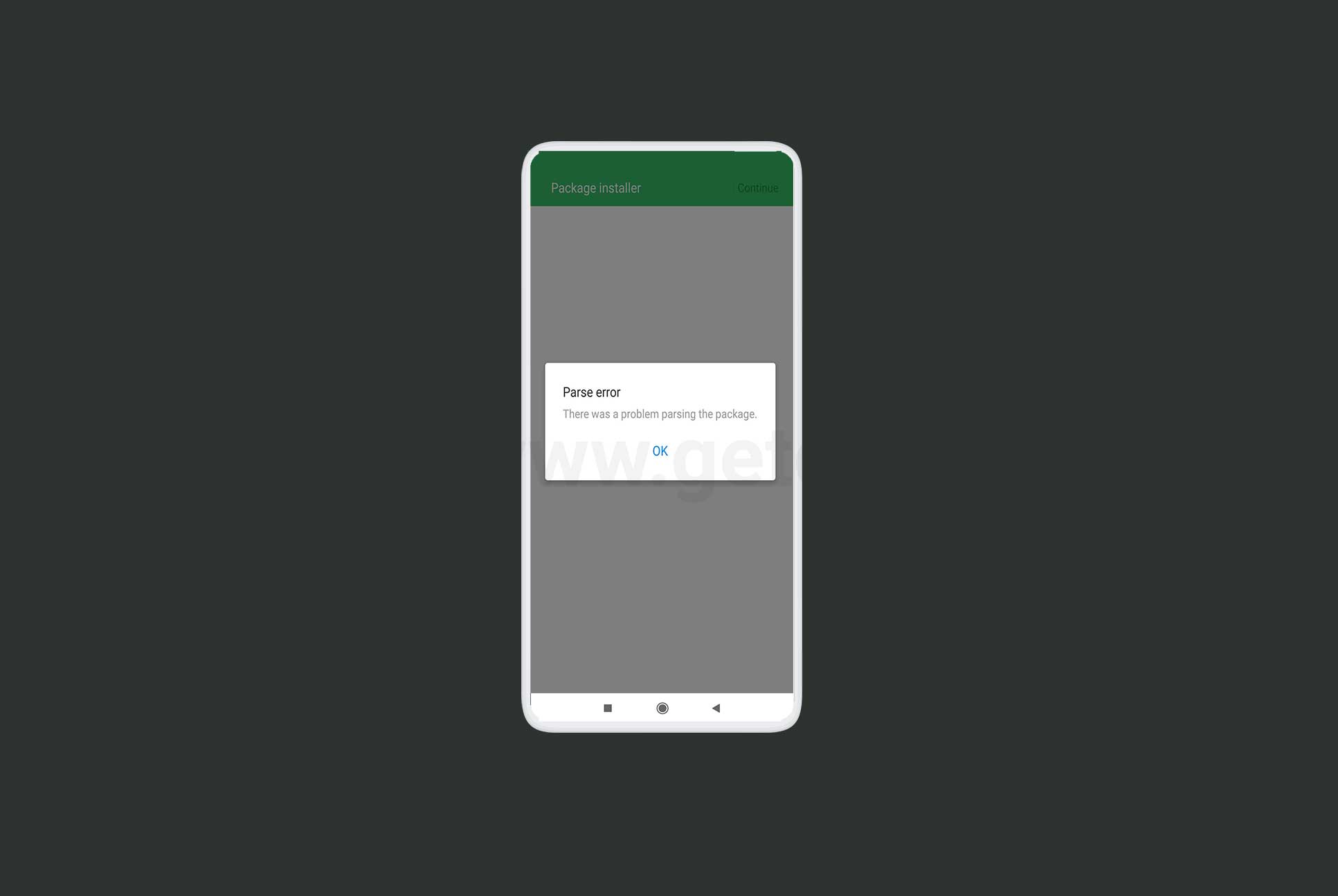 Causes of an Android parse error:

There is not a single specific cause actually, as parse error can occur for many reasons. The probable causes for this error could be:

How to fix the parse error:

There are actually a number of fixes for this error, but since the error does not actually show the cause behind the error, you have to try all the fixes one after the other until the problem is resolved. Remember to reinstall the application in question, every time you try a fix from the list mentioned below.

As simple as it may seem, this could actually be the solution to your error. Apps are developed keeping certain OS versions in mind, with the latest applications supporting only the latest versions of Android. So if you have not updated your device in a really long time, then try updating the phone and then try to install the app in question again. Now, if your device is already a few years older and has not received any updates for a while now, then you should simply opt for a new phone. Most likely, the app in question is a fairly new app, and so it supports only the latest version of Android. In that case, there is no other choice but to get a new device. There is an option to install the latest version of Android through a custom ROM installation. Still, it is a very complicated process, and most inexperienced users tend to permanently damage or brick their smartphones.

So get yourself the latest version of Android and try installing the app again.

By default, Android does not allow it’s users to install the application directly from unknown sources. It only allows installation through the Google play store as it constantly under the supervision of Google. So if you are trying to install an app you have downloaded from an external trusted source, and you are getting a parse every time you try to install this app, then it might be because your device does not have permission to install an app like that without the Google play store. To change this default setup, go to the settings menu, look for the option that says install unknown apps inside the applications menu. Here you will either see a bunch of apps individually set to allow or not allow app installation or a simple toggle for every app to allow installation from unknown sources. Turn the toggle on and try installing the app again.

Sometimes an incomplete or corrupted download is the root cause of a parse error. So try downloading the application again or try to find another trusted source to download that application and then do so. After you have successfully downloaded the .apk file from another source, try installing again and if the error still exists. More often than not, this is the main reason behind a parse error, that is corrupted package download.

Sometimes, as a security measure, the phone’s security app tries to stop the installation of an app from third party sources, even if the device settings are set to allow installation from unknown sources. In that case, try disabling the security feature in the settings menu, and if you have an antivirus installed, then uninstall it and try installing the application in question again. If you don’t get the parse error this time, that means your antivirus was actually the root cause behind it. Once you have installed the .apk file, you can enable the security measures again, or you can download and install the antivirus once again.

This is quite an extreme measure and should only be considered as a last resort if you really want the application to run on your system. This will be a headache, though; a factory reset will mean you have installed everything again, including the updates as all your data will be lost. After a successful factory reset reboot, try installing the application in question to see if the parse error still exists.

If, for some reason, you have made some changes to the original file, like the name and other details, then restore it back to its original version. Once you have restored the file and the name is also set as the original one, try reinstalling the application.

These are the possible fixes for your parse error, and if none of these work, then most probably, the application you are trying to install is an obsolete one. Either it doesn’t really exist, or the originally developed file is corrupted in its core in the first place. In short, this is probably not an application you should install on your phone.