If you are someone who is looking to install Stock ROM on Huawei Ascend P6 (EDGE-U00) then this guide is for you. We believe you were trying to customize your device but the process went wrong. Now you may be facing issues such as Bootloop, or bricking of your smartphone. Otherwise, you may want to upgrade or downgrade the operating system on your smartphone. The only solution is to flash stock ROM on your device. 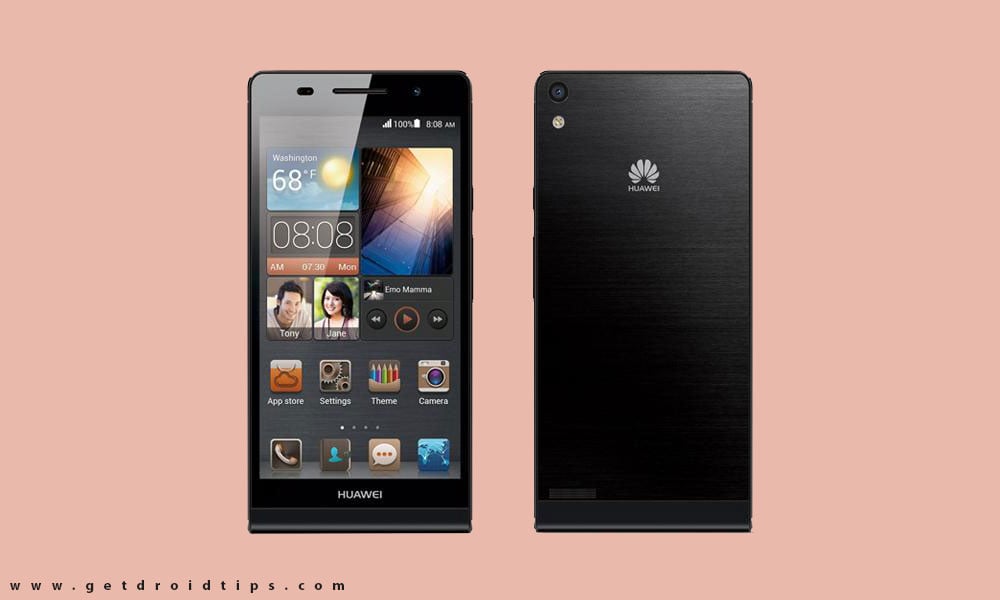 Stock ROM and its importance in Smartphones

Stock ROM is the operating system that comes pre-built when you buy the device from a retailer. Usually when a person needs to customize his device with custom ROMs and other modifications he opts to move on from the stock firmware. However, when things go wrong during any modification, reverting back to the stock ROM is the only option that can solve this issue.

By installing a stock ROM you can solve the issue of boot loop, device bricking. Besides, you can perform system OS upgrade or downgrade as per your choice.

Now, before we get straight to the Steps of stock ROM installation, make sure to follow the requisites section below and have the flash tools and drivers installed on your system.

GetDroidTips will not be responsible for bricking, hardware or any kind of software problems arising on your while you follow this guide to install stock ROM on your phone. First, understand the tutorial and then follow it at your own risk.

Now, grab the stock firmware for the Huawei Ascend P6 from the link below.

Guide to Install Huawei Firmware on any Huawei smartphone

So, that’s all about how to install stock ROM on Huawei Ascend P6. We hope this tutorial was useful to you. If you find any difficulties or have any doubt, do let us know.