In this guide, we will try and address the issue related to the installation of The Final Hours of Titanfall. Titanfall is a multiplayer first-person shooting game published by Electronic Arts. The game was lauded for its fast-paced and continual action, and the six-on-six matches were equally challenging in its own rights. With the ability to add up to 50 players in a single game, Titanfall was appreciated by many gamers and critics alike.

And with the game reaching new heights, video game journalist Geoff Keighley covered the inside story of the game in a 25,000-word digital book, named as The Final Hours of Titanfall. The exclusive artwork, never-before-seen videos, and candid interviews, he has uncovered many hidden aspects of the game development.

Furthermore, with the game already being declared as among the best of 2014, users were anything but interested in knowing the inside out of the ‘behind the scenes’. As a result, many users made a purchase for this digital word book titled The Final Hours of Titanfall. Unfortunately, many have to face disappointment. Quite a few users after making a purchase via Origin aren’t able to install it onto their PC. In this guide, we will have a look at the error message and whether there exists a potential fix for the same. Follow along. 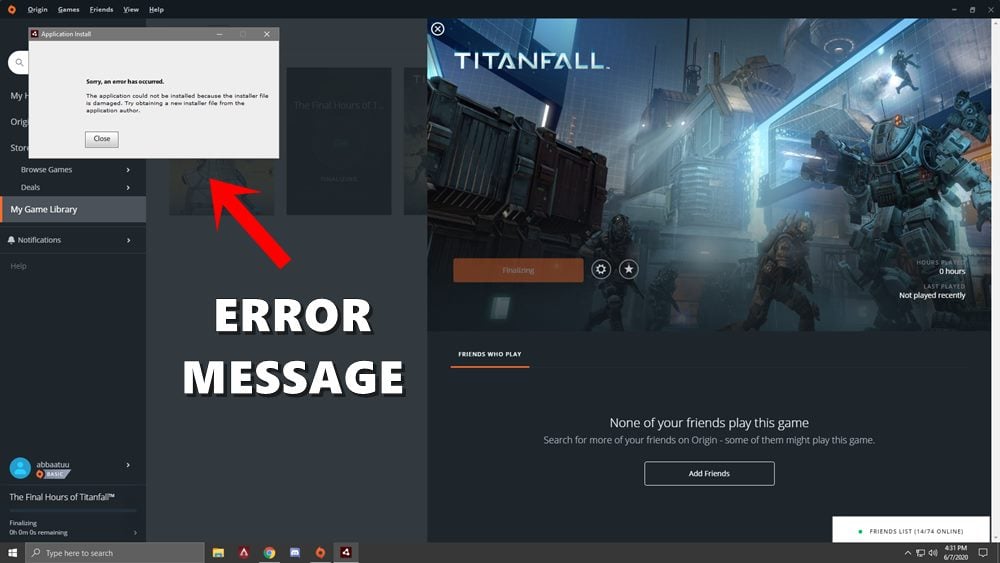 The Issue with The Final Hours of Titanfall

The system requirement of this digital book is mentioned as follows:

And it is the issue with the first requirement that many users seem to be facing. After downloading The Final Hours of Titanfall via Origin, the installation process is getting bugged with an error. They are getting an error message from Adobe Air that reads: 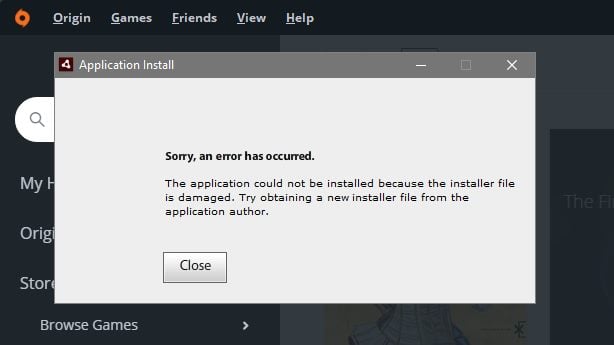 Below is just one of the many instances where users have voiced their concern over this issue: 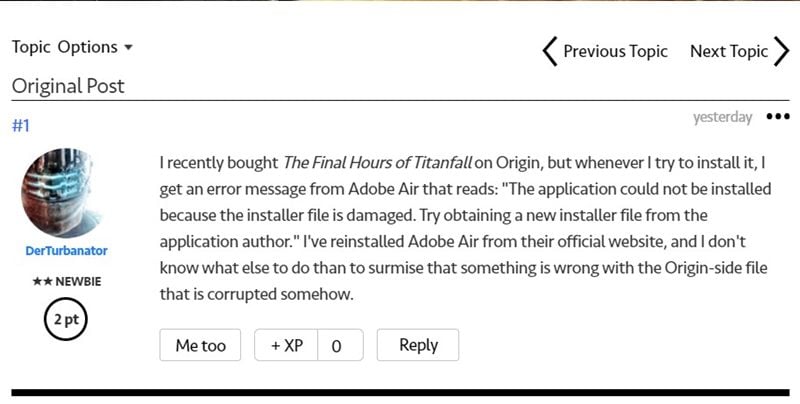 Moreover, all the users who are facing this issue have tried a clean install of the Adobe Air software from the official site. Apart from that, the have also whitelisted it in their anti-virus program. But even then they are getting greeted with the aforementioned error. Furthermore, as per another user, this title isn’t eligible for a refund, and this is what makes the matter even worse.

Any Fix for this Issue?

So what could be the reason for this The Final Hours of Titanfall error? Well, there hasn’t been any official wording regarding the same. In the meantime, we would recommend you update the cross-operating-system runtime Adobe Air to the latest version. Then let us know if you are able to achieve any success. As and when we hear something along the official lines, we will update this post accordingly. Until then, bookmark this page and go through our iPhone Tips and Tricks, PC tips and tricks, and Android Tips and Trick section.