Just like the Facebook app, there is another popular social media app available called Twitter app. It basically used for the official or business purposes that Twitter users can react, share, retweet, and comment. As the app is used millions of users each and every day like the Facebook app worldwide, some times the users may get app crashes or errors. Now, if you’re an iPhone 11 user and the Twitter app keeps crashing or not working on iPhone 11, then you should check out this troubleshooting guide.

However, the Twitter app can face server downtime which is quite rare and for all. Now, if you feel that the issue is particular for your device only, then you need to follow some of the possible solutions to fix it. Either your Twitter app is corrupted or there can be a system glitch or an internet connection issue. Now, let’s take a look at some of the steps below that will be useful for you. 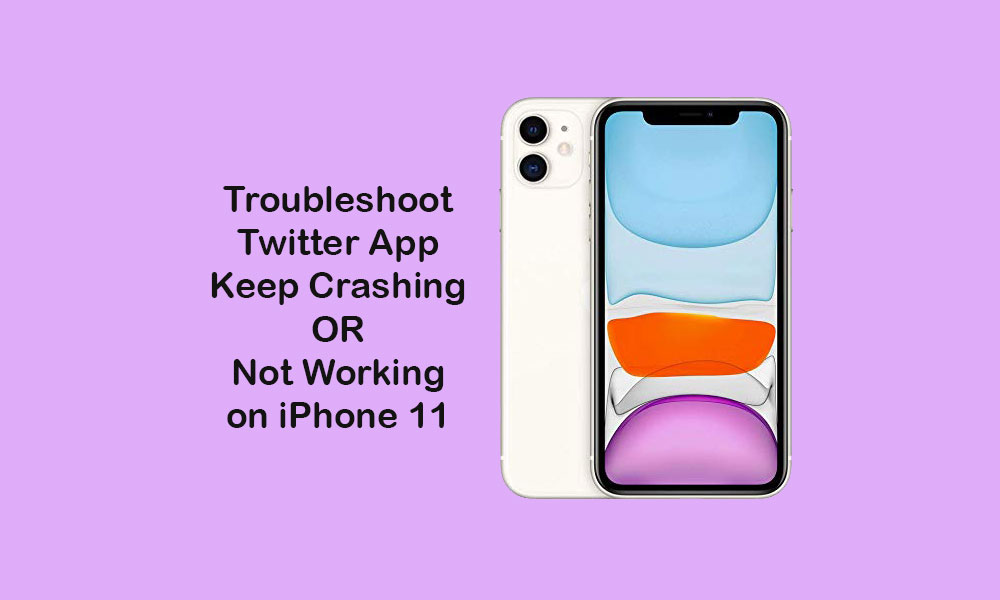 Mostly, the random app crashes can be the reason for some system cache or stuttering issues. Even if you’ve recently updated your iPhone to the latest iOS version, that can also cause other third-party app crashes. First of all, make sure to check network connectivity issues or pending app updates before heading over to the steps below.

5. Check App Restrictions on your iPhone

Now, to check iOS update, go to Settings > General > Software Update. It will start checking software update automatically. If a new update is available, just download and install it.

Let’s assume that this troubleshooting guide has solved your Twitter app crashing or not working issue on your iPhone 11 properly. For any queries, feel free to ask in the comments below.