After the failure of LG G5 last year, LG has released it’s much-awaiting flagship LG G6 at the MWC in Barcelona, February this year. As LG was completely failed to gain any kind of profit from its previous LG G5 last year as the smartphone was declined by consumers for various controversies along with boot loop issues that forced it to shut down on its own. For this problem, LG was also sued with a court case which is hanged still. LG wanted people to forget about the last phone and they successfully did it by launching LG G6 with the eye-catching bezel-less design. If you own LG G6, then you can now unlock bootloader on LG G6 H870 (European Variant). Follow the guide below on Easy Method to Unlock Bootloader on LG G6 (European Variant). 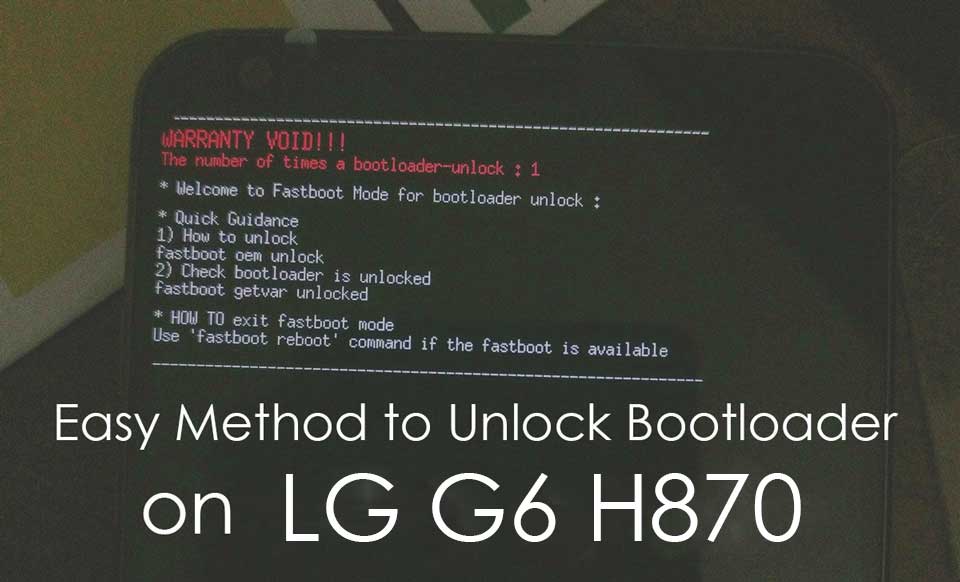 This only works on LG G6 Variant. Don’t try this on any other model. Below is the full guide on How to Unlock Bootloader on LG G6 Variant. Follow the procedure carefully. It is a somewhat involved process, but the majority of the process has been simplified as much as possible.

A Bootloader is a code which runs when we turn on our device. This code initializes some hardware and then loads the kernel and ramdisk, and gets the boot process going. So this process is known as Bootloader. The same concept applies to all the technology stuff such as Laptop, PC, Smartphones and any such device. Every Android OEM manufacturers lock the bootloader even though it is an Open Source. So if you want to try any CTOM ROM, it is impossible to load the CTOM ROM without the Unlock Bootloader. So Manufacturer made a policy of making the smartphone with Unlocked Bootloader will void the warranty. They want you to stick with the Stock ROM. Unlock Bootloader allows you to Root your android smartphone, Flash TWRP and Ctom ROM in a simple easy method.

What Do You need ?