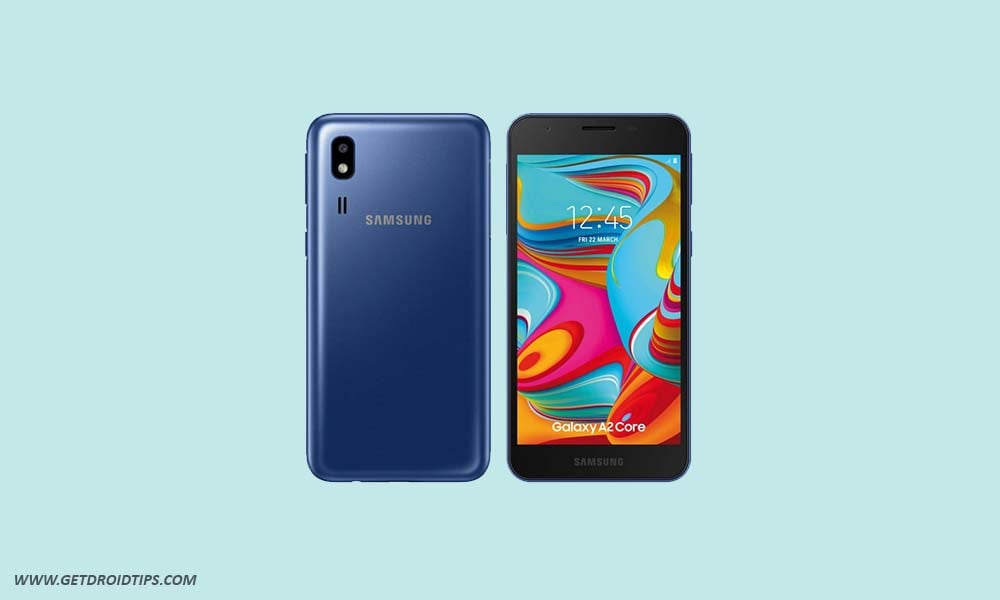 Samsung Galaxy A2 Core featured with 5-inch PLS TFT LCD display panel that supports 540 x 960 pixels of resolutions and offers 16:9 aspect ratio. The body dimensions of the phone are 141.7 x 71.0 x 9.1 mm and it weighs 142 grams. It’s an Android Go Edition smartphone that runs on Android 8.1 Oreo operating system out of the box. The Samsung Galaxy A2 Core powered by the company’s own Exynos 7870 SoC on board along with 1 Gb of RAM. There is no detail about the internal storage capacity but expected to have 8 GB internal storage like other Android Go smartphones. It has dedicated micro SD card slot on board. The phone has a 5-megapixel camera with an f/1.9 aperture on the back side along with LED flash.

Steps to Unlock Bootloader on Samsung Galaxy A2 Core

So, guys, this is how you can unlock the bootloader on your Samsung Galaxy A2 Core. After unlocking the bootloader, you can flash custom ROM, install TWRP or any other task you want. If you are facing difficulty in any step then let us know via the comment box below. We will be happy to help you out.